This is a brief history gleaned from French web sites about the town of Souvigny (pop. 1,900) in the historical Bourbonnais province of central France, and the Bourbon family... with photos I took in Souvigny three weeks ago. (Take it all for what it's worth.) 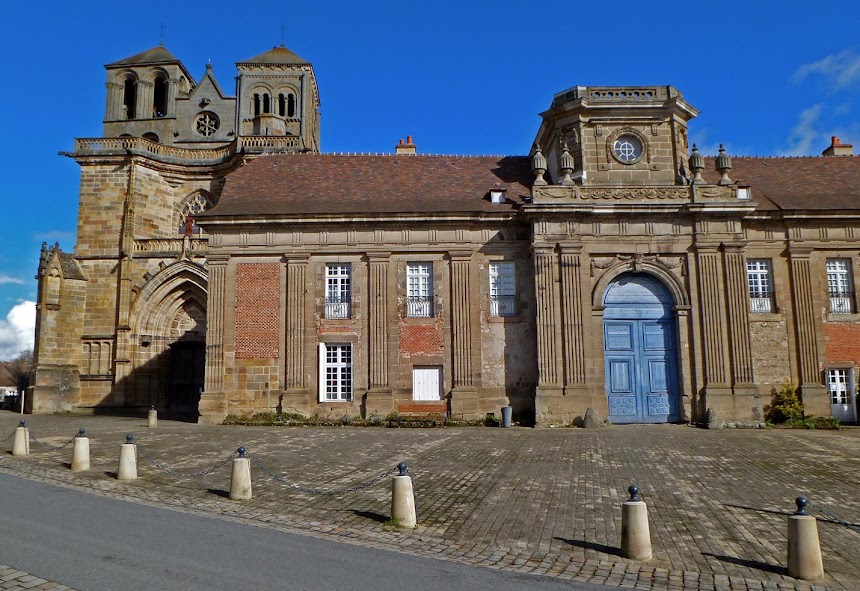 More than a millenium ago — in the year 916 — one of the first ancestors of the Bourbon family to be known by name gave his villa and the church in the town of Souvigny as a gift to the abbot of the Benedictine monastery at Cluny in Burgundy, about 75 miles to the west. 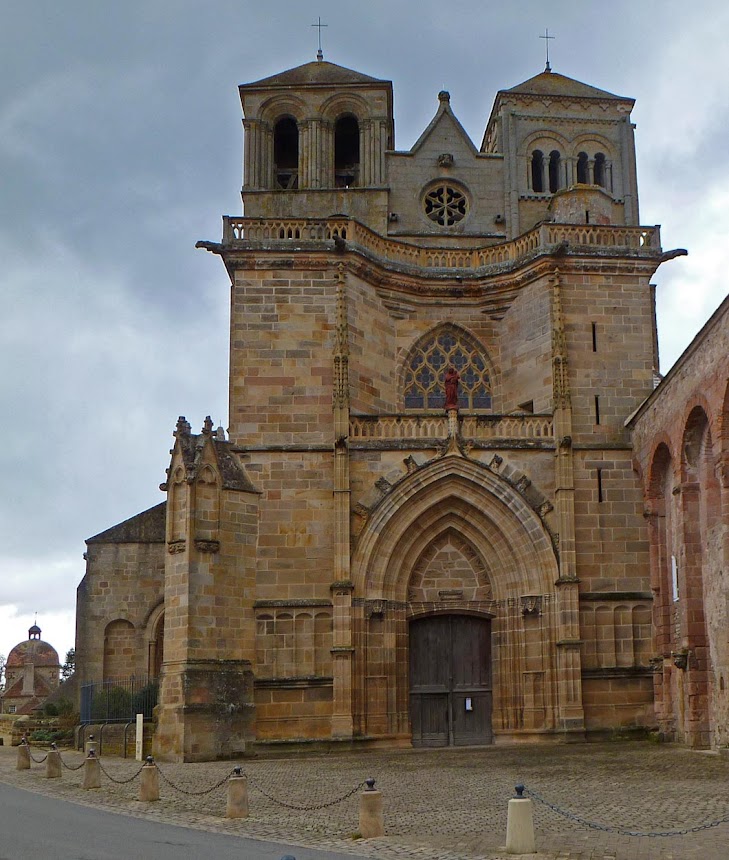 As a result, just 10 years after the Cluny abbey's founding, Souvigny became one of its main "sister" churches. Links between the two towns and religious institutions were reinforced when two of the early abbots of Cluny passed away in Souvigny and were entombed there. Their tombs turned Souvigny into a pilgrimage destination. 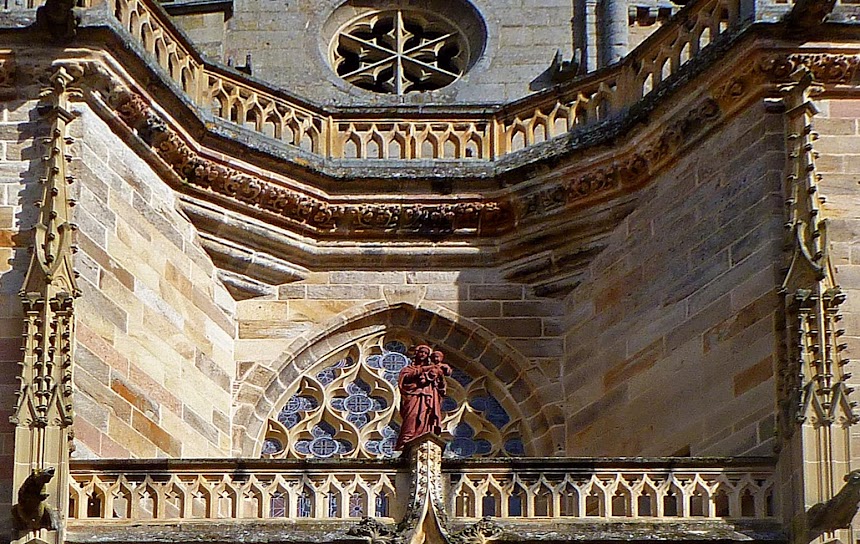 An early king of France, Hugues Capet (founder of a dynasty and the first Frankish king to speak French officially, says one source), came to Souvigny in the year 996 to pay respects to these abbots (one was a friend of his) and in hopes of finding a cure for the smallpox he had contracted. He died that year, but not before giving the town of Souvigny permission to mint its own coinage, a privilege reserved exclusively to the King until that point. 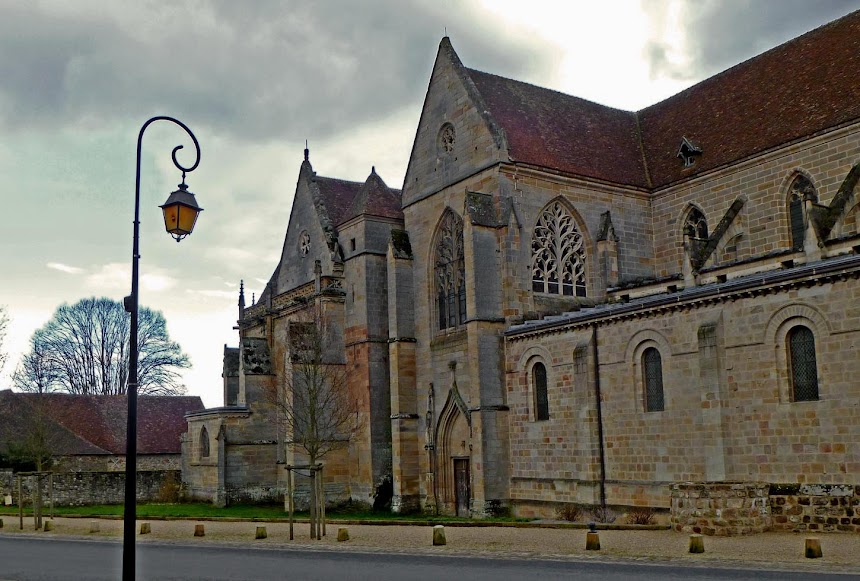 Souvigny thus became one of the first villes franches ("enfranchised cities") in France. The town grew and for its defense fell under the control of the powerful Bourbon family, lords of the nearby town of Bourbon-l'Archambault. In later centuries, the Bourbon family tombs were placed in the church at Souvigny and the town became the Bourbons' spiritual capital. 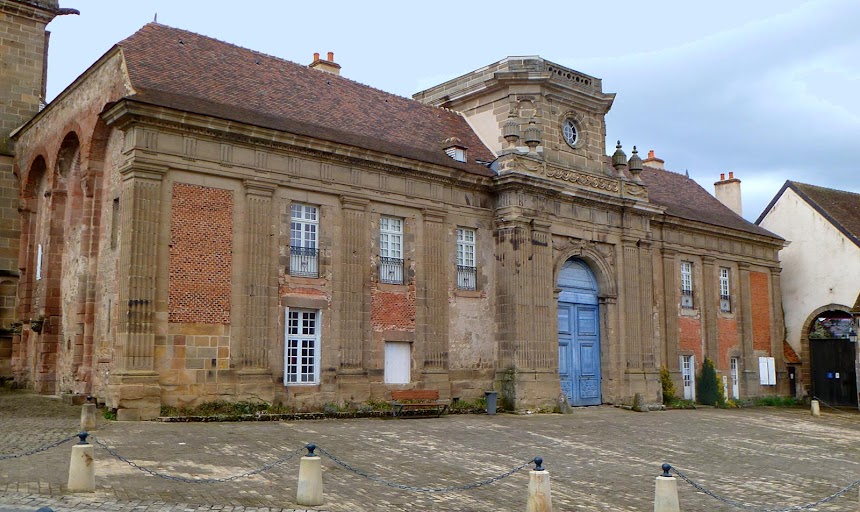 In the late 16th century, a member of the Bourbon familuy became king of France, toward the end of the great wars of religion that had nearly ruined the country. He reigned for 20 years as Henri IV (of « Paris vaut bien une messe » and « poule au pot » fame). He and his descendants — Louis XIII, Louis XIV, Louis XV, and Louis XVI — were to be France's royal dynasty for 200 years... until the 1789 Révolution.
Posted by Ken Broadhurst at 07:15