Here are some photos showing architectural details of the church in Souvigny. It's official name is L'Église prieurale Saint-Pierre-et-Saint-Paul. It was built mainly between the years 950 and about 1500, with further modifications since then. An église prieurale is one that shelters a small religious community of monks, as used to be the case at Souvigny. 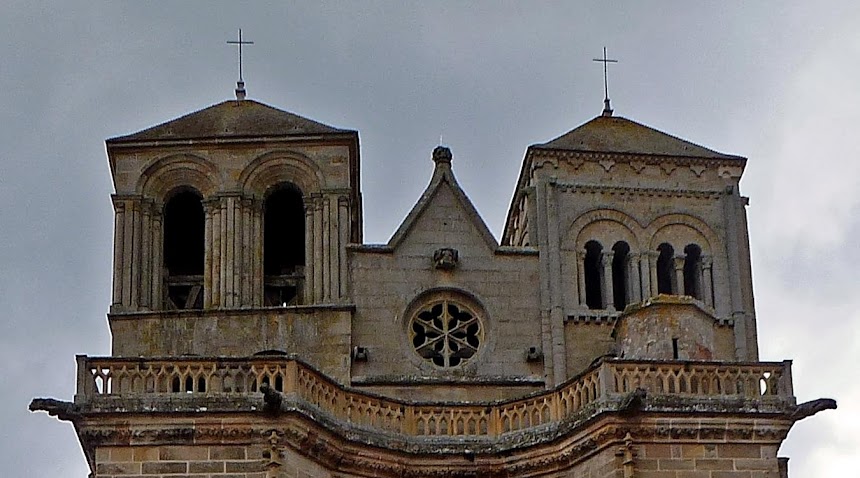 If I understand correctly, the two Romanesque bell towers (above) are much older than the flamboyant façade of the church (below), which was added on several hundred years after the original church was built in the 1100s.

Given its setting in such a small town, the church is surprisingly big, with an interior length of 87 meters (285 ft.) and width of 28 meters (92 ft.). For comparison, however, Notre-Dame cathedral in Paris is 128 meters long and 48 meters wide.


Saint-Pierre-et-Saint-Paul was locked up tight when we were in Souvigny, so we didn't get inside. There's a cloister, a formal French garden, and an 18th century church organ behind the façades of the church and the adjoining building. A series of concerts takes place in the church every year in autumn.


In 2001, under the nave of the church archeologists discovered the tombs of the first two Cluny abbots who died and were buried at Souvigny in the 10th century. The tombs with their recumbent statues had been badly damaged by revolutionaries in the late 18th century, but were reconstructed, restored, and placed inside the church again. 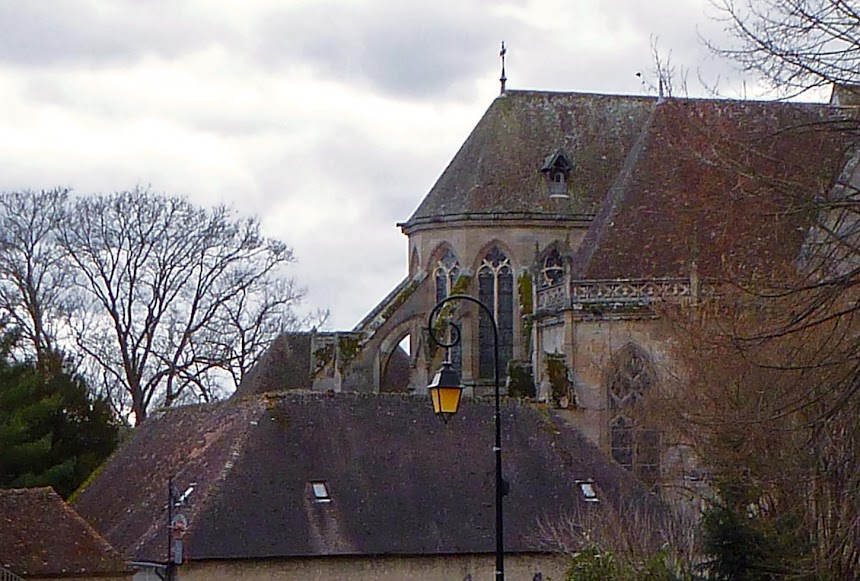 Above is a longer view of the church from the streets of the village, and below two more detail shots. 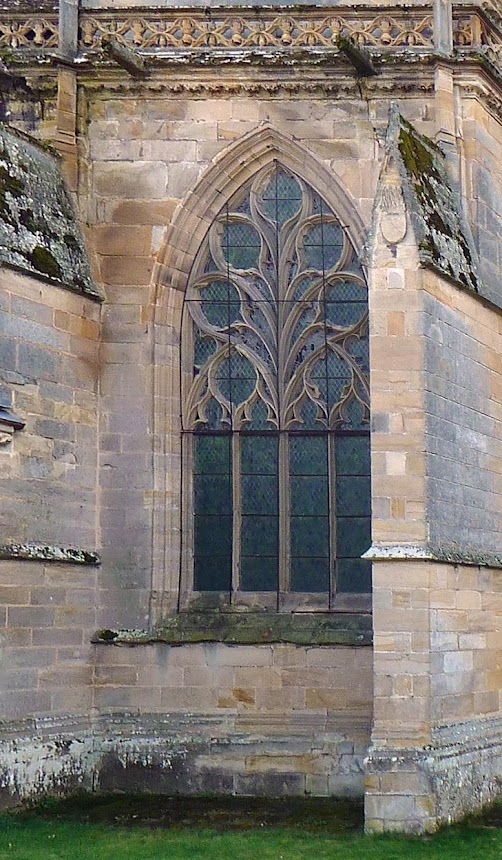 Meanwhile, here in Saint-Aignan these last three weeks have been very wet. We are about a month behind schedule in getting the yard and garden prepared for the growing season, which starts in mid-May. We keep hoping the rains will stop, but it's raining again today. Winds are supposed to pick up this afternoon, adding to the misery. 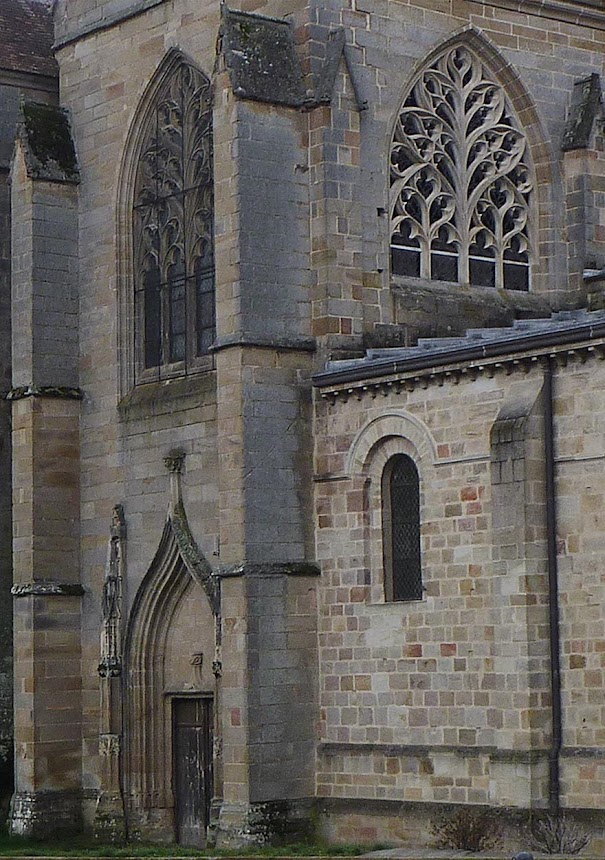 We still have a lot of tree limbs and branches down all around the yard, after the windy and wet weather we had all winter. January was twice or three times more rainy than normal, and February wasn't much better (but I missed a lot of that because I was in the U.S.). We were so lucky when we went to Souvigny and the Bourbonnais that the trip didn't get completely washed out. As you can see in the photos, we had some dry days and were able to be out and about, both in the car and on foot, with the dog.