The streets of old Chinon 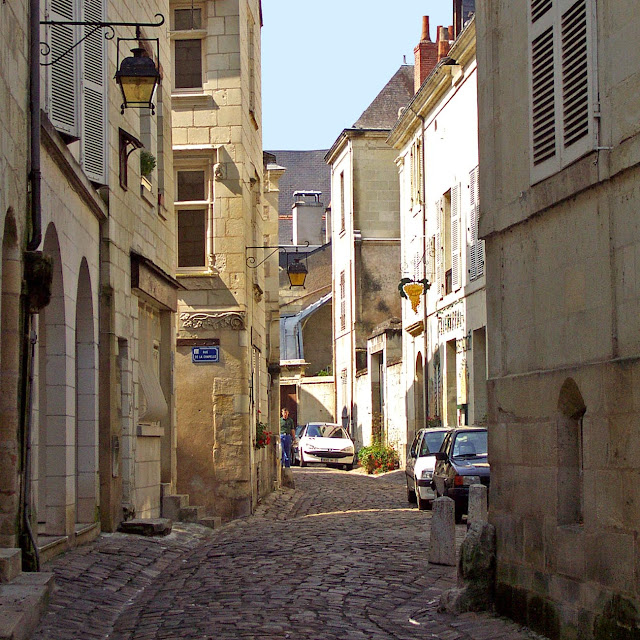 What you see in the photos here are called "streets" (rues) in French, not (British) "lanes" or "alleys". There is also a word, ruelles, meaning "little streets". The rue on the right is paved with cobblestones (pavés or "paving stones"). If you think they would be rough to drive on and would make your car rattle, you're right. But as you might imagine, cars basically move at a snail's pace on streets like these. 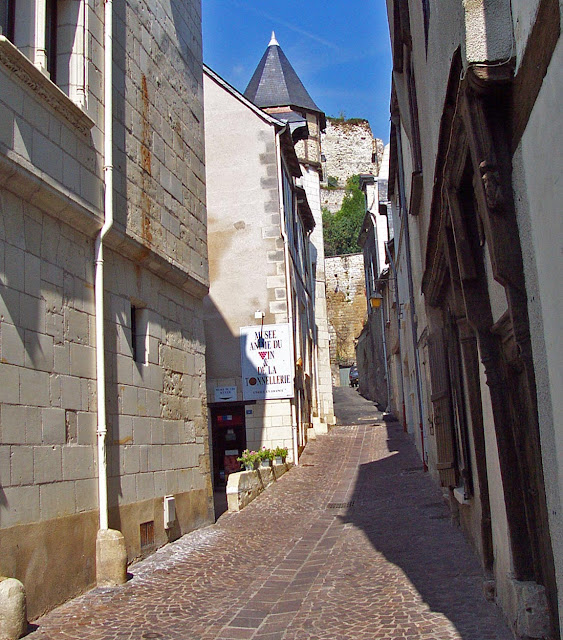 Don't look for the sidewalk (or what the British call a "the pavement") because usually there isn't one. You just walk down the middle of the street, not on the side. Anyway, the cars, when there are any, aren't racing through. You'll have time to step out of the way. If you're walking in rainy weather, you'll want to avoid stepping into the rain gutter that runs down the middle of the street. 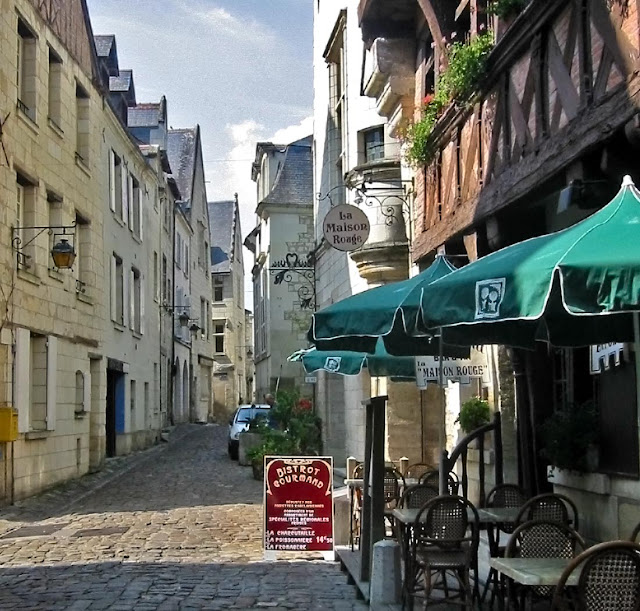 The narrow streets (les rues étroites) of Chinon are picturesque — that's for sure. Of course they were built without automobiles in mind, since they are hundreds and hundreds of years old. The Michelin guide uses the expressions ruelles médiévales, petites places ("tiny squares"), and quais tout au long de la Vienne (the riverside walk) in describing what old Chinon is like. 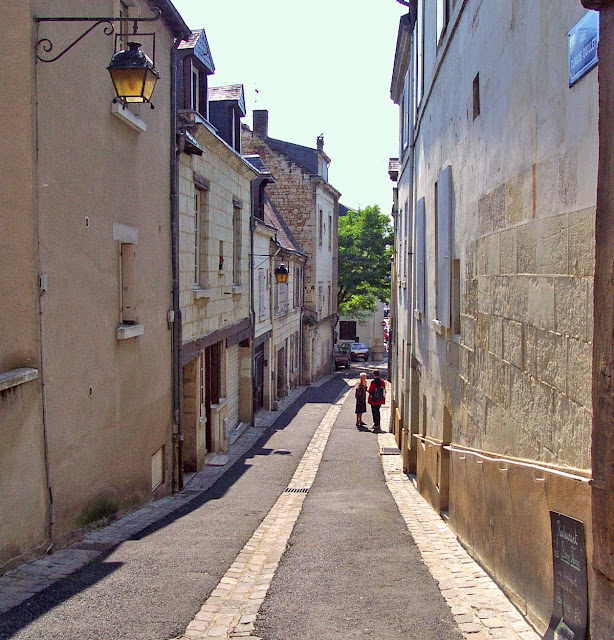 The Michelin guide also quotes this ditty by the Renaissance writer Rabelais, an illustrious Chinonais:

[Chinon, Chinon, Chinon,
A little town of great renown,
Solidly built on ancient stone,
With woods up and water down.]
Posted by Ken Broadhurst at 06:30