Here are some more of my 12-year-old Chinon photos, along with some commentary (in italics) from one of my favorite books about the Loire Valley, the Cadogan guide. I like it because it's a good read, entertaining as well as informative, and I don't have to translate it! 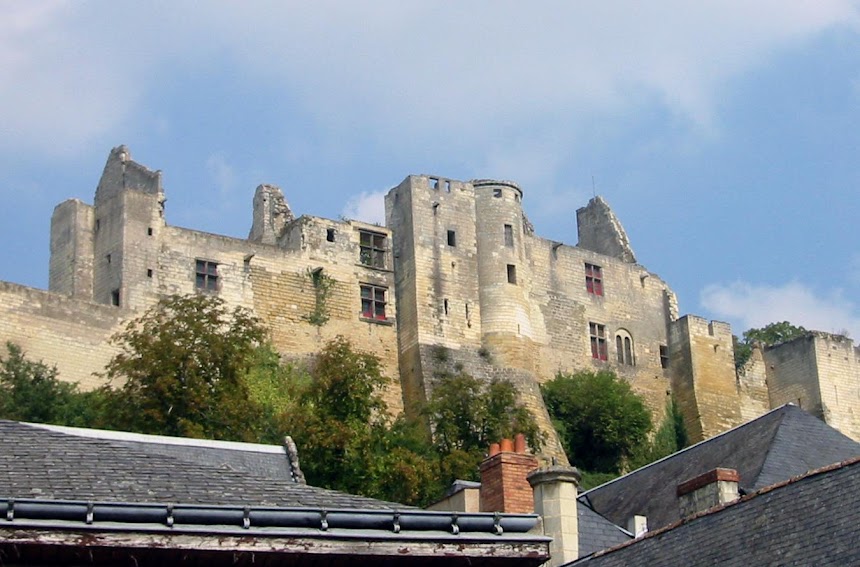 “Looking steeply up from the town below, the castle seems to consist of little more than a string of beautiful battered towers and fortifications... It's worth making the climb up the winding, treacherous paths... not just because the castle offers beautiful views over the town and the Chinonais [the surrounding countryside], it also has a few rooms to visit and great ruins to clamber around.” 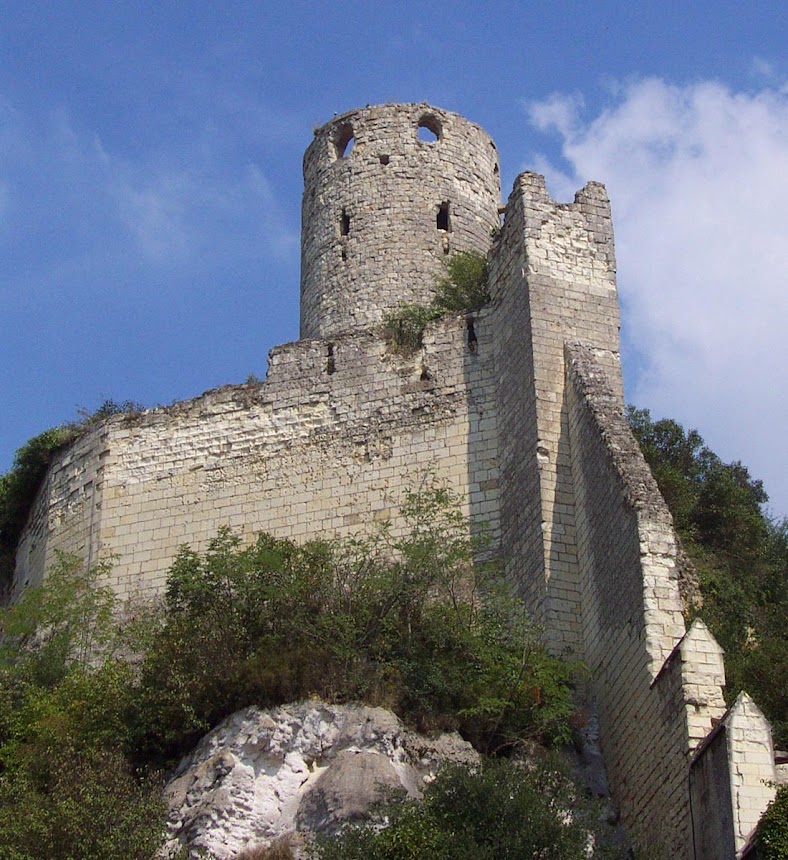 There are more furnished and finished buildings and rooms there nowadays that there were when the Cadogan edition I have was published (2001). The Château de Chinon is still mainly a ruined site, but a little less than it was just a decade ago. 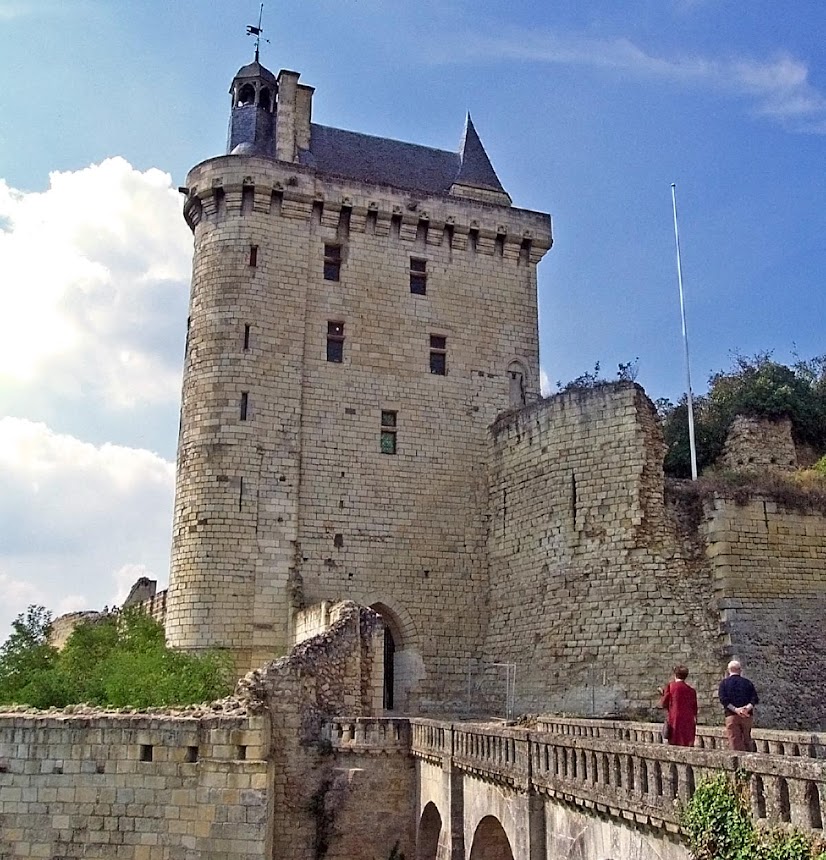 I didn't take the photo above from an angle that illustrates his point, but the author of the Cadogan Loire guide describes the castle's Tour de l'Horloge (clock tower) as “anorexically” thin in one paragraph, and “risibly” so in another. See this photo to confirm that; the clock tower is on the far right. 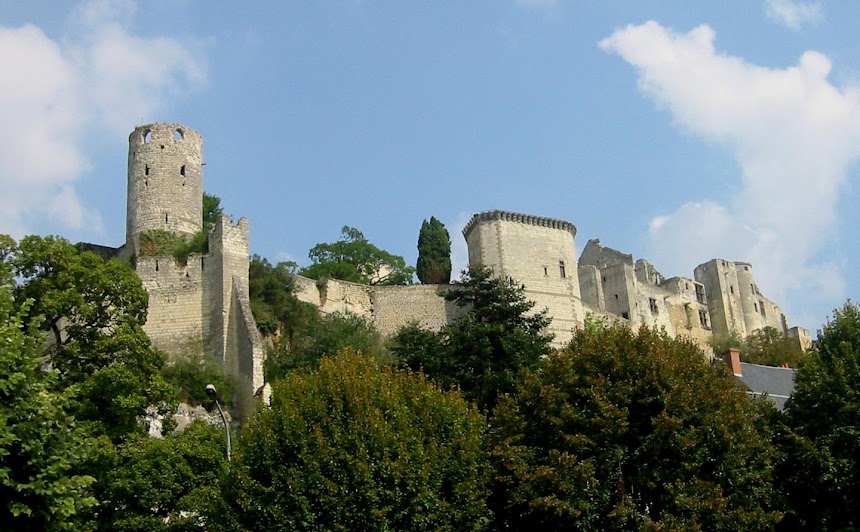 So what happened at Chinon to turn the castle into ruins? By the end of the 1400s, “the château was used mainly as a base for military operations and as a state prison... during the 16th century Wars of Religion, the fort was used by royal forces but the château was gradually falling into a state of disrepair...” 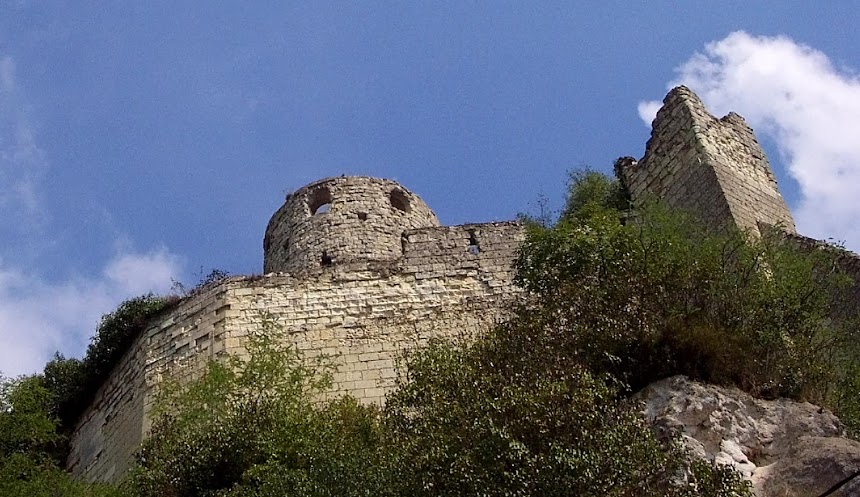 “Cardinal Richelieu acquired the property in 1633, when King Louis XIII sold it to him. Richelieu added this territory to that he had amassed close to his family home to the south. In his usual manner, his first thought was to demolish the place. Instead, it was simply left to fall further into ruin by him and his descendants.” The town of Richelieu is less than a 30-minute drive south of Chinon. I have some photos I took there in 2003 and again in 2006 that I might post one day.
Posted by Ken Broadhurst at 06:30