Chateau sights... Remember that piano that my friend Laurie played... the one in the château that was played by Chopin in Paris before the piano was brought to the Loire Valley? On another trip to Montrésor, I went inside and there was another château visitor playing it. 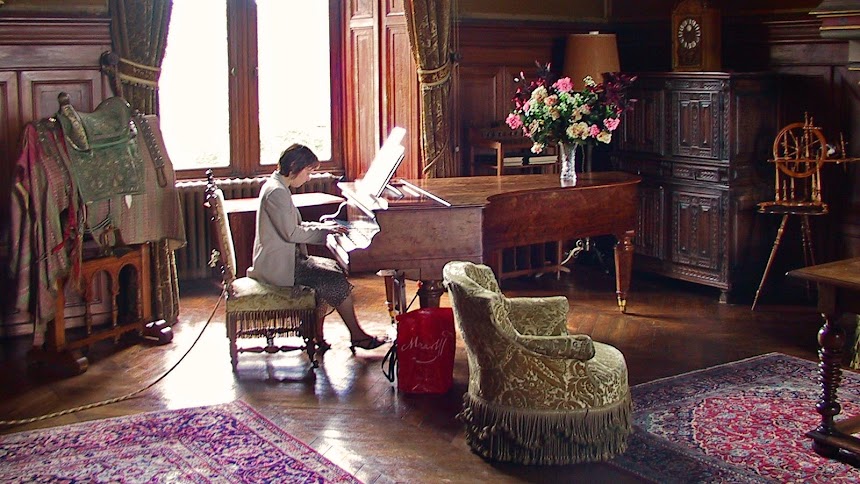 And here's another picture of the exterior of the building that shows can give you some perspective on the size of the place because there's a man in the photo walking on the path toward the main gate. 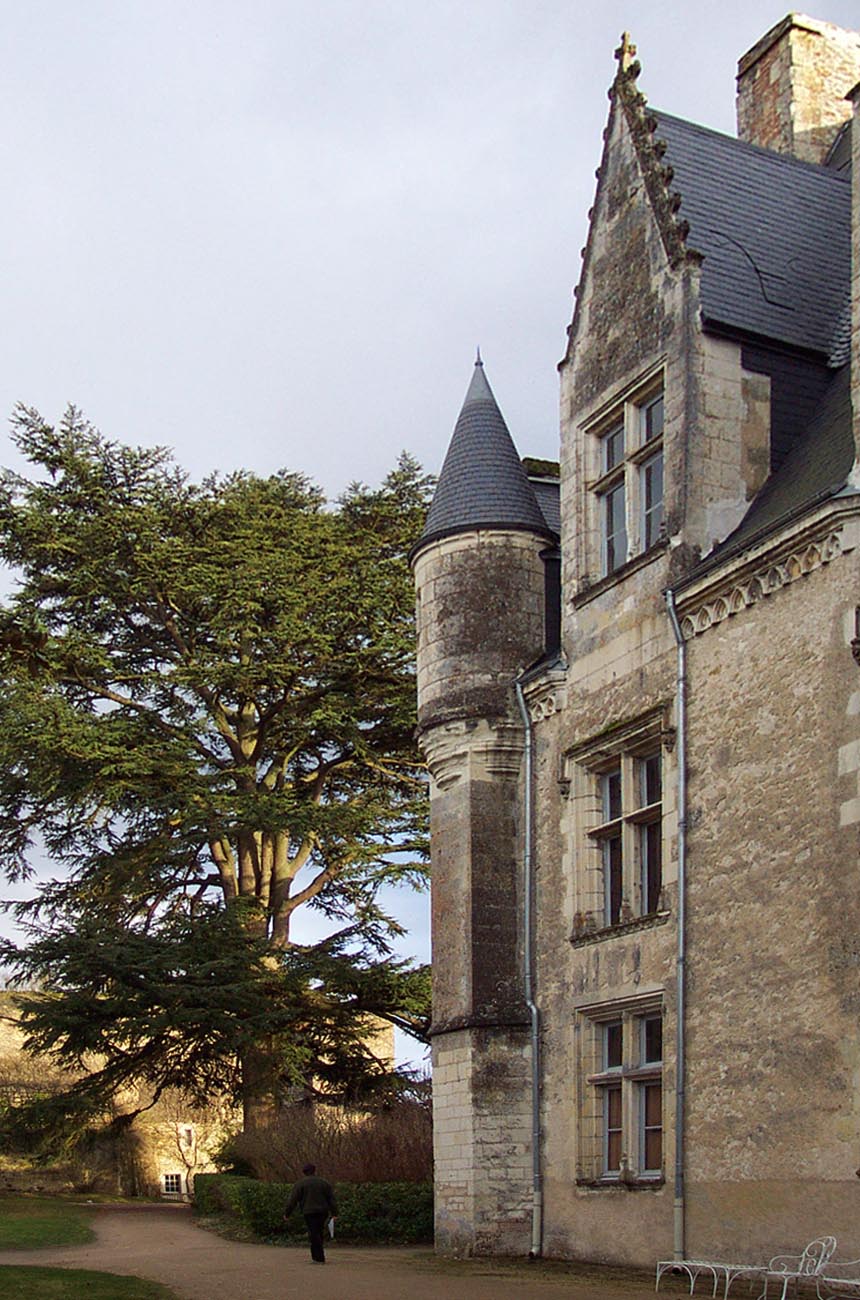 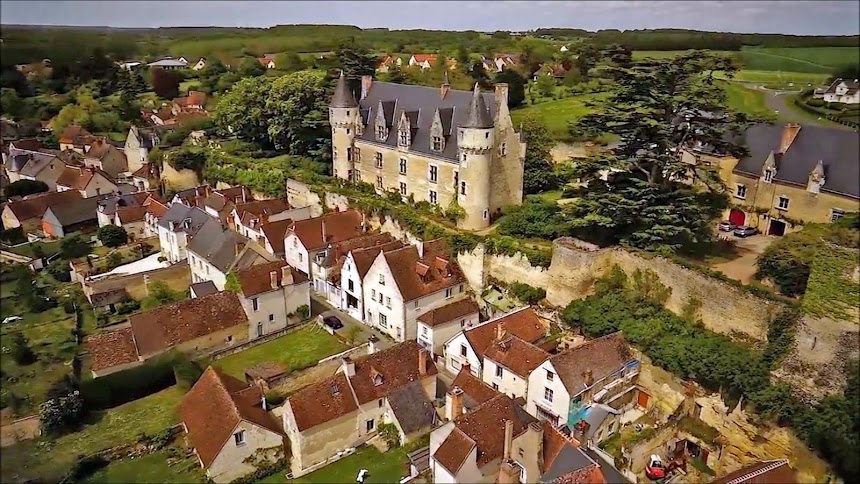 Finally, a religion-themed photo for a Sunday. This is a painting that hangs on a wall in the château, not the church. 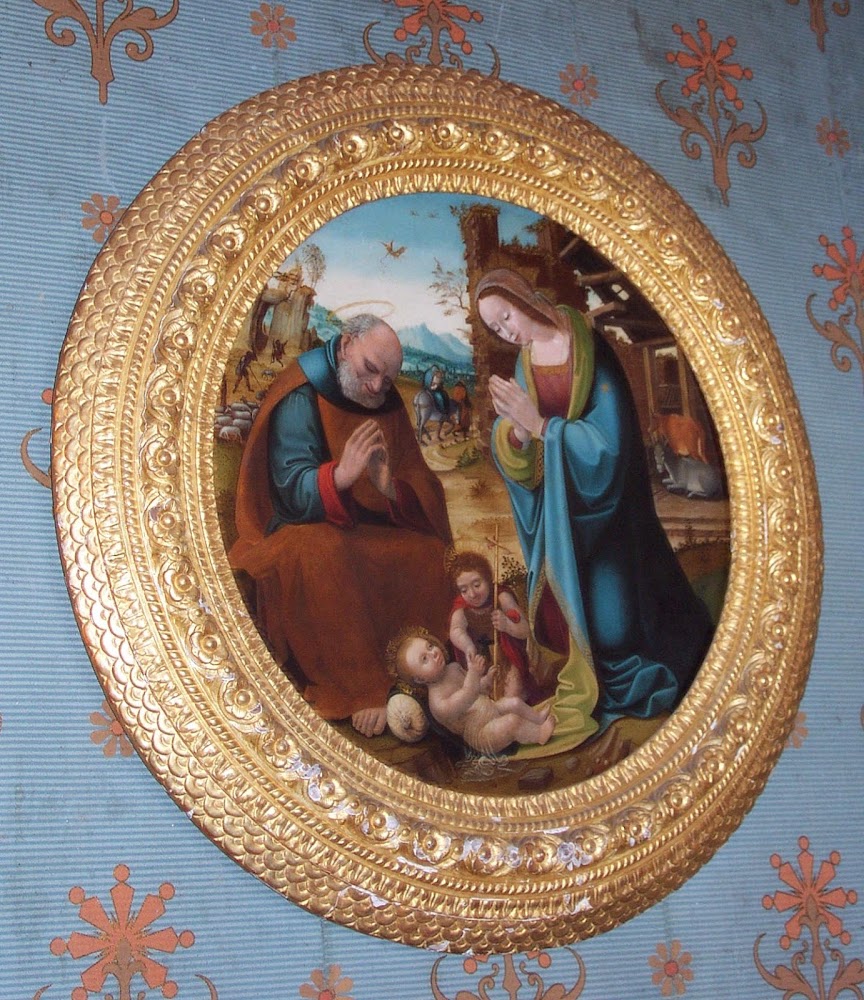 We have a big week coming up. Walt's birthday is on Thursday. We have a dîner d'anniversaire to shop for and to cook. On Friday, an old friend arrives from England. She used to live here but moved back the the U.K. a few years ago. We'll be really happy to see her again. Then, of course, Christmas is a week from tomorrow. Walt went to the market in Saint-Aignan and ordered a turkey, which I will go pick up next Saturday and cook on Christmas morning. Gobble gobble. Weather forecasts say the holiday season will be chilly but dry this year.
Posted by Ken Broadhurst at 07:00