Here's a photo of the courtyard side of the logis or main building at Montrésor. It was built at the beginning of the French Renaissance, in the late 1400s and early 1500s. That makes it a later construction than the building called les communs, which stands across the courtyard from it. (Les communs is post nº 7 in this series, and the front, south-facing side of the building shown in the photo below is pictured in several different posts.) 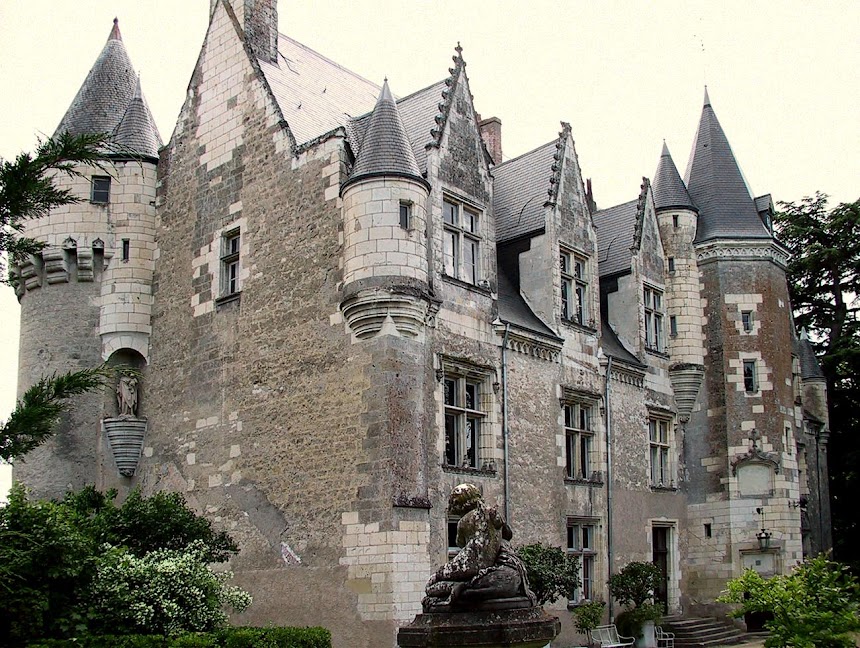 Again from the Château de Montrésor web pages: "On the foundations of the medieval fortress, Imbert de Bastarnay, lord of Le Bouchage, built a Renaissance residence, and he lived to be 85 years old! He served four kings of France: Louis XI, Charles VIII, Louis XII, and François Ier. He was instrumental in arranging the marriage of Charles VIII to Anne of Brittany. His signature appears on all the major treaties of his time. Before his death, he built the collegiate church in Montrésor, which has since served as his final resting place."

Le Bouchage is a town in the Dauphiné region of France, and its main city is Grenoble. He ended up in the Touraine and built the residence at Montrésor.
Posted by Ken Broadhurst at 07:00