The town of Chinon is in western Touraine — southwest of Tours. It's a 60- to 90-minute drive from Saint-Aignan, depending on whether you take local roads or the limited-access, high-speed autoroute. It's three or four hours by train from Paris. The town of Chinon, on the banks of the Vienne river, sits in the middle of some of the most prestigious red-wine vineyards of Touraine. The main grape is Cabernet Franc. 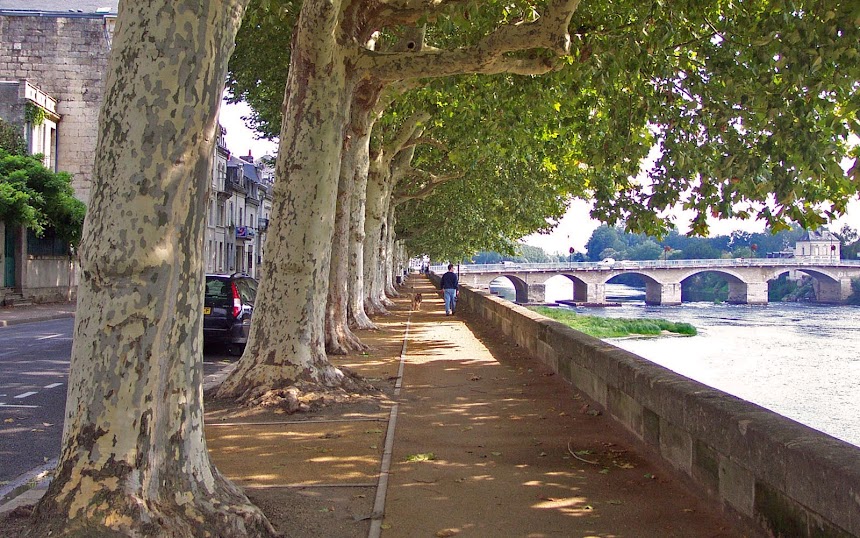 Here are three shots of the bridge that spans the Vienne at Chinon. The river is 372 kilometers (230 miles) long, and it flows into the Loire (length 1,000 km) just a few kilometers west of Chinon. In the photo above, that's Walt walking with our dog Collette, who left this world in 2006 at the age of 14, along the tree-lined street that borders the river. These photos date back to 2005. 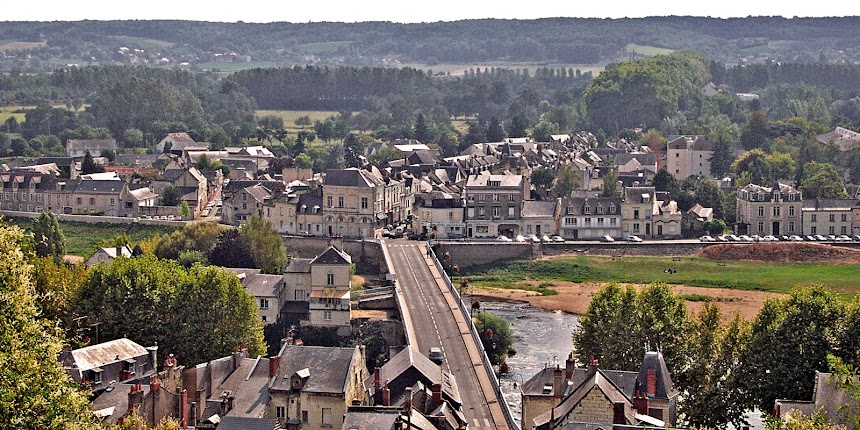 From up on the grounds of the château, the view above, looking south, shows the bridge deck and the part of town that's on the south (or "left") bank of the river. The population of Chinon is about 8,000, making it twice as big as Saint-Aignan and comparable to the town of Loches in eastern Touraine. 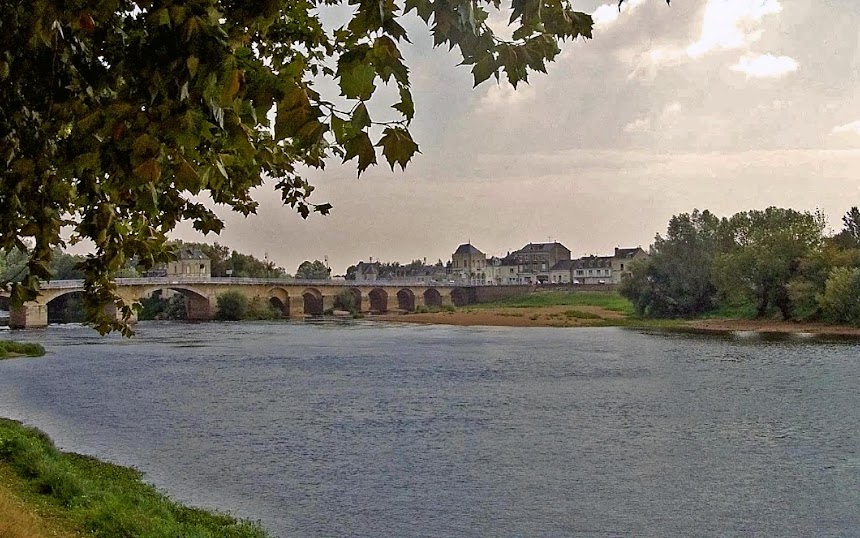 It was the Plantagenet family of Anjou that played a great role in developing Chinon nearly a thousand years ago. Henri II, who was to become king of England in 1154 and reign for more than 30 years, had adopted Chinon as his favorite residence. He had the bridge reinforced and quais built along the riverbanks — not to mention the château, of which the Michelin guide says that what you see today was built, essentially, during Henri II's time there.
Posted by Ken Broadhurst at 06:30