Cleaning the cameras for future outings

It seems obvious that the best plan of action for me right now, vis-à-vis Chinon and its enormous hilltop château, would be to go back over there and take some "after" photos to compare to my "before" photos. Speaking of the latter, here's one from October 2005:

Click or tap on the image a couple of times to see it at a larger size.


The panorama above is a stitched-together composite of two separate photos that I took on 27 October 2005, when friends were visiting from California and we were out touring around the region. I was using a big Canon Powershot Pro90 IS camera that I bought in the year 2000. It's long gone now. I donated it to Emmaüs, which is a sort of Good Will charity organization here in France.

Speaking of cameras, I have now successfully dis- and re-assembled two of my Panasonic Lumix cameras this week. The goal was to clean the inside of the lens and the little glass "screen" of the camera sensor, which captures images transmitted through the lens. 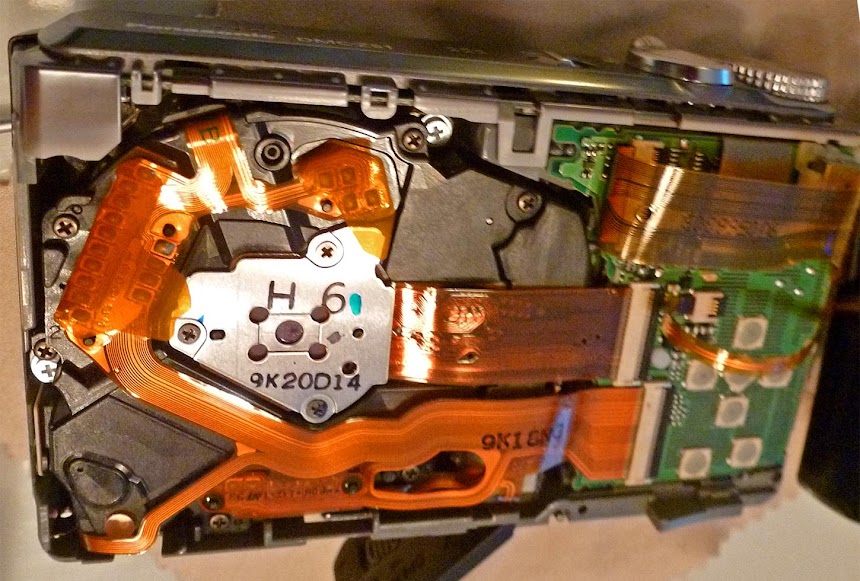 The issue I wanted to resolve, and did resolve, was dust or lint or whatever that had accumulated on the back end of the lens or on the sensor screen. It needed to be removed, because it showed up in my photos as smudges or blotches that I had either to live with or to erase using photo editing software. 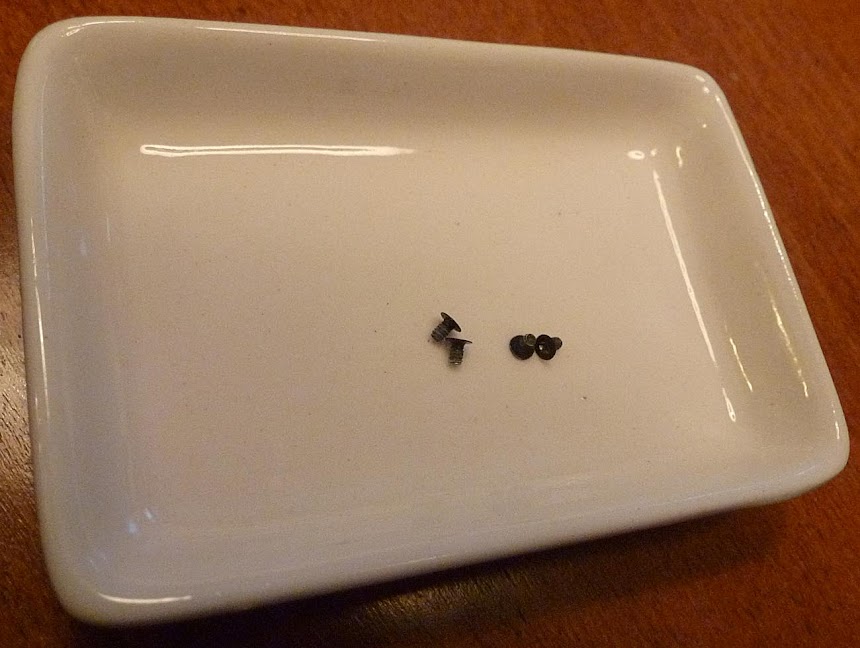 To open up the cameras and get access to the image sensor and lens, I had to buy a special screwdriver. The screws — six to ten of them depending on camera model, Lumix ZS1 or ZS8 — are really tiny. The dish in the photo above measures 3 x 2 inches (75 x 50 mm). Here's a link to a Youtube video showing how to do the job. 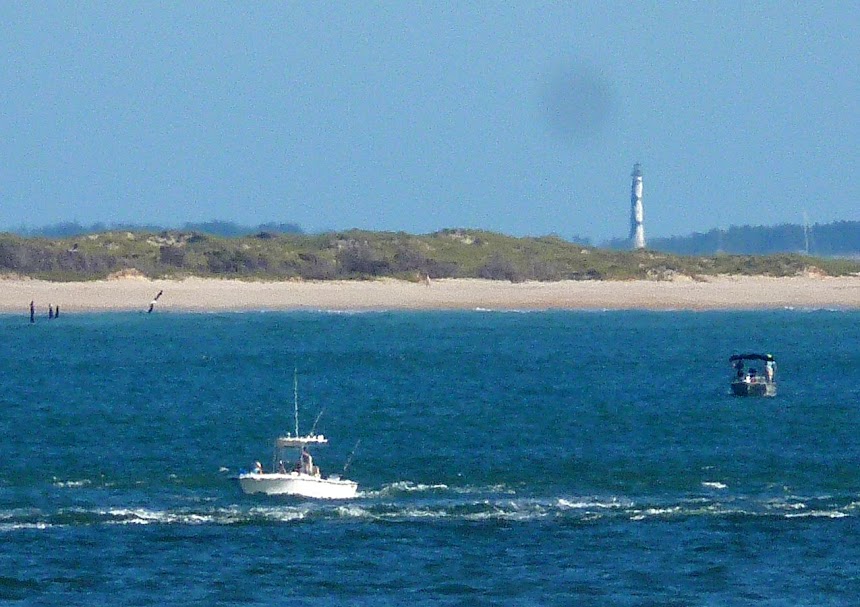 Above is a photo showing a smudge on an image that dust inside the camera was causing. It's right above the Cape Lookout lighthouse (N.C.) in this long zoom shot. By the way, I now have two Panasonic Lumix DMC-ZS8 cameras as well as the older ZS1. I bought the first ZS8 in 2012, and the second (used) two months ago when I was in North Carolina. I think I now have cameras that will serve my purposes for the rest of my life!
Posted by Ken Broadhurst at 06:45