Twenty-eight thousand square meters is the equivalent of just over 300,000 square feet (seven acres). That how big the château at Chinon turns out to be: 400m x 70m, according to the Michelin Guide Vert. "Three separate medieval fortifications were combined into one in the castle's heyday," writes the author of the Cadogan Guide to the Loire Valley. 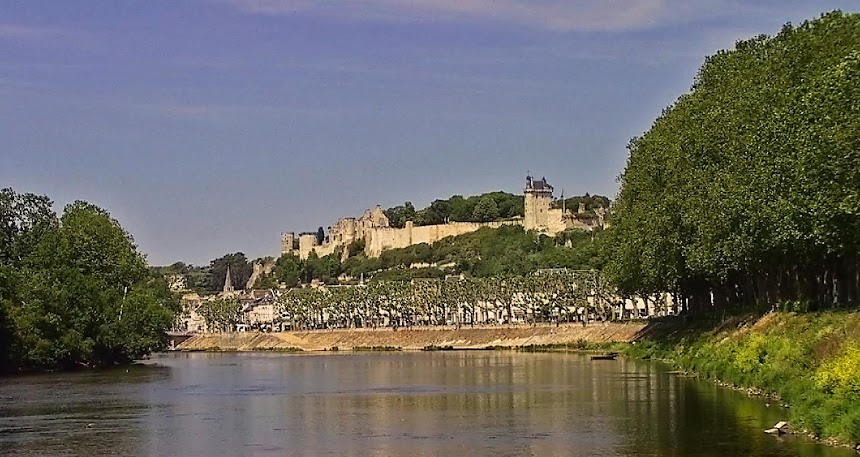 This first photo shows what you see as you approach Chinon from upriver along the Vienne. « ...cette forteresse date, pour l'essentiel, de l'époque d'Henri II Plantagenêt (12e siècle) » — that's what I read in the Guide Vert. Even though Henri became king of England in 1154, he died at Chinon in 1189 (at the age of 56 — I notice that he was born on March 5 as I was).

Anyway, I like the view above. I took the photo near Ligré, a village on the  left bank of the Vienne river, about three miles (5 km) southeast of the château. We used to like to go to the Château de Ligré winery there until we settled in here in Saint-Aignan and stopped doing so much driving all around the Loire Valley. We got old, I guess. 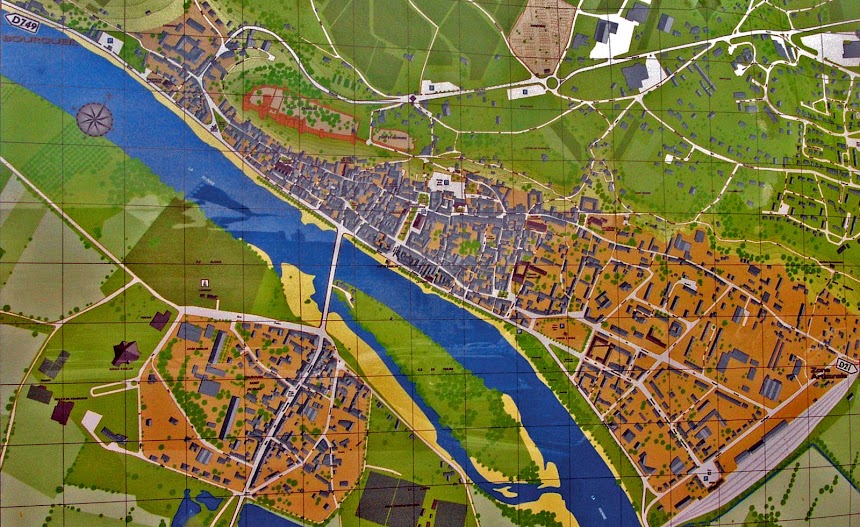 Here's a map of Chinon that I photographed somewhere. You can see how big the château complex is (the rusty red color toward the top of the map) compared to the town, which is in two parts on either side of the river, linked by the old bridge. Click or tap and pinch the photos to enlarge them.
Posted by Ken Broadhurst at 07:00