The turkey is in the oven. Oh, I don't mean it's cooking yet. I just took it out of the refrigerator to get the giblets out and make stock, and now I've stored it in the oven with the door closed to keep the cat from getting at it while I write this blog post. 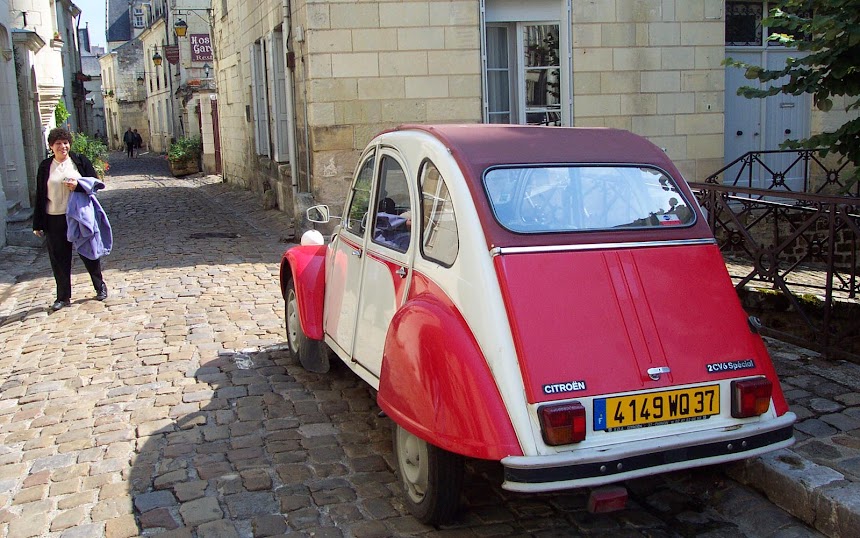 I can imagine Santa Claus driving a car like this red and white 2CV that I photographed in Chinon in 2003.


Yesterday a good friend from England who used to live here came by at noontime and we made our Christmas Eve cheese fondue. We always enjoy eating that in wintertime. It takes three cheeses: Gruyère, Comté, and Emmental, along with white wine, kirsch, and a pinch of nutmeg. 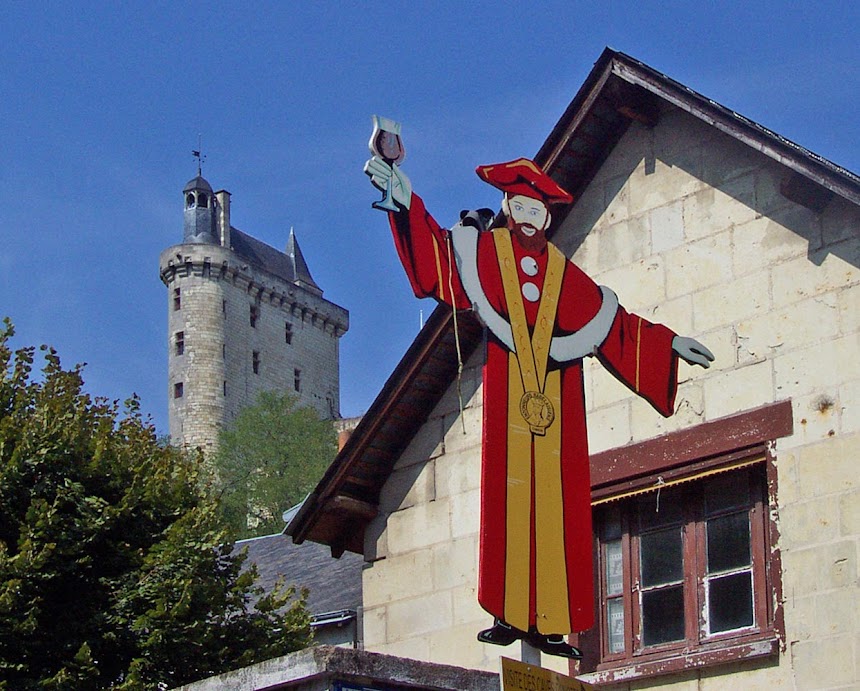 This man touting the Chinon wines looks like he could be a stand-in for Old Saint Nick in this 2003 photo.


While we were eating and talking, our friend asked what we would be making for our Christmas dinner. We told her turkey with chestnut stuffing (farce aux châtaignes). She said that was also a classic Christmas dinner in England. I said something about Americans not eating chestnuts much and wondered out loud if the trees just don't grow in North America (the way pecan trees don't grow here because the summertime weather is just not hot enough). 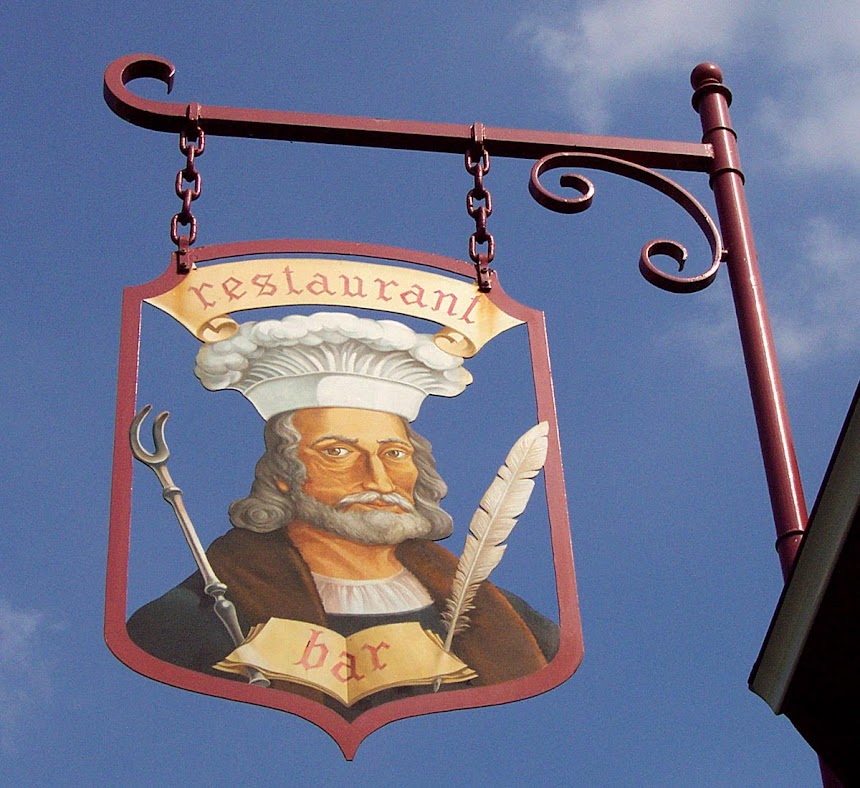 I wonder if this is supposed to be the Renaissance writer François Rabelais, of Chinon.


Well, it turns out that a chestnut blight imported from Asia killed off more than four billion North American chestnut trees in the early part of the 20th century. They've never recovered. Asian chestnuts were immune to the blight, and European chestnuts were much less susceptible to it than the North American trees were. So Americans have to do without chestnuts unless they are imported. It's a pity... Okay, now it's time to start cooking the turkey.
Posted by Ken Broadhurst at 06:30