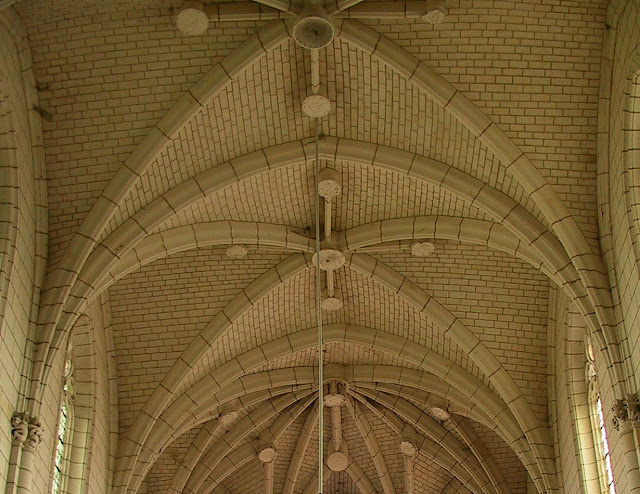 Here area a few more photos of the interior of the Eglise Saint-Jean-Baptiste in Montrésor. The church was built between 1519 and 1541, during what has come to be known as the French Renaissance. 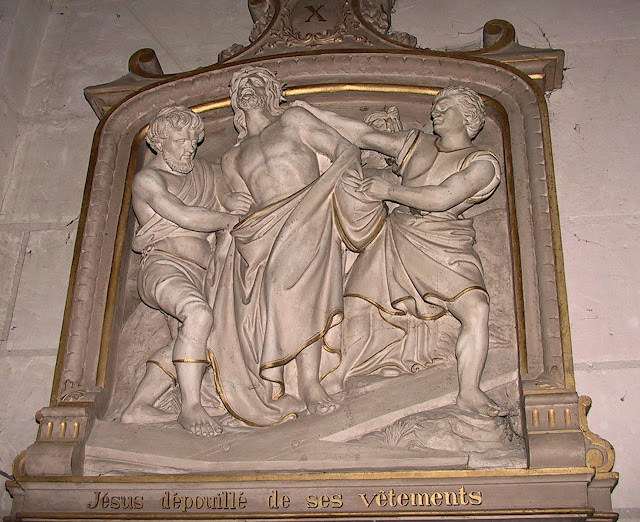 The "Stations of the Cross" — a series of works depicting Jesus on the day of his crucifixion — in the Montrésor church are in the style of the one on the left. The legend below the sculpture here says "Jesus stripped of his clothes." 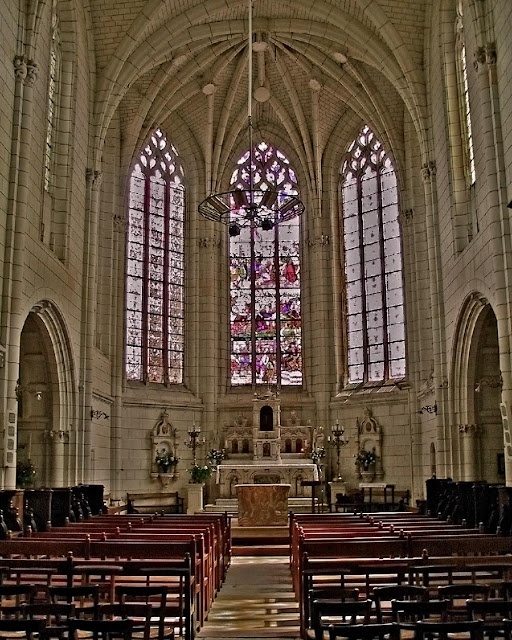 The middle window behind the altar is an example of early Renaissance stained glass, according to what I've read. I posted a close-up of part of the window a few days ago. The style of the church itself is late Gothic, with Renaissance elements. Very few churches were built in the Touraine region in the 1500s, according to the Wikipedia article about this one. 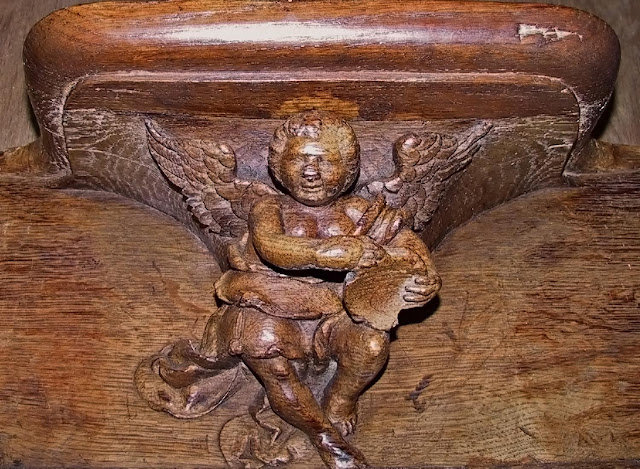 The elaborate carvings on the wooden choir stalls date back to the Renaissance too. Like many churches, the one in Montrésor suffered major damage during the French revolution in the 1790s. 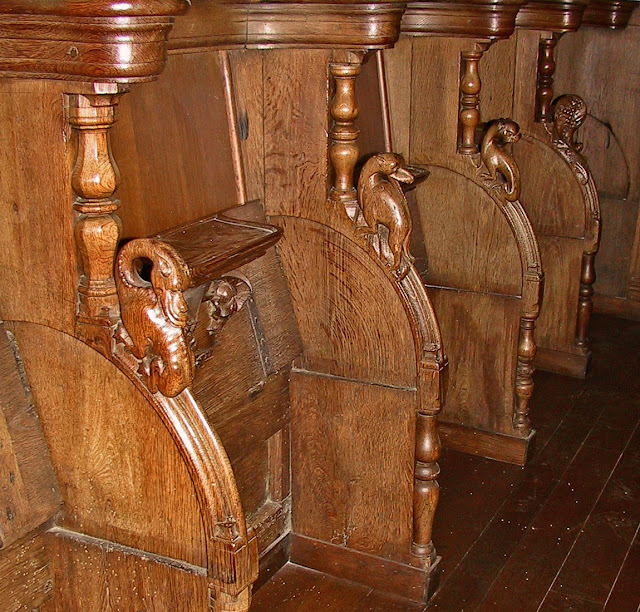 In the mid- to late 19th century the church was restored, as many churches were, when France became interested in its great historical monuments. Luckily, even though big parts of the church at Montrésor were dismantled and damaged, many of the elements you see here ended up stored in the church building and could be put back in place. The Polish aristocrat named Branicki who acquired the château in those years also financed much of the church restoration.
Posted by Ken Broadhurst at 06:45