The Polish aristocrat who acquired the château at Montrésor in the mid-19th century possessed, according to the French Wikipedia article about him, une immense fortune. He collected a lot of fine artwork to decorate the château and its gardens. 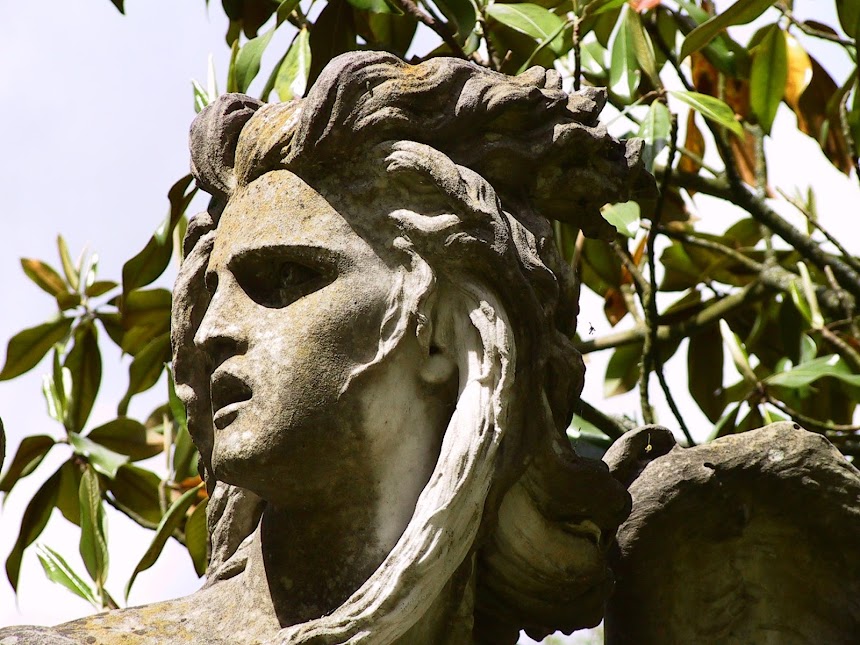 One of the most striking pieces is an enormous marble sculpture of "The Fallen Archangel" by an Italian artist named Constantino Corti. 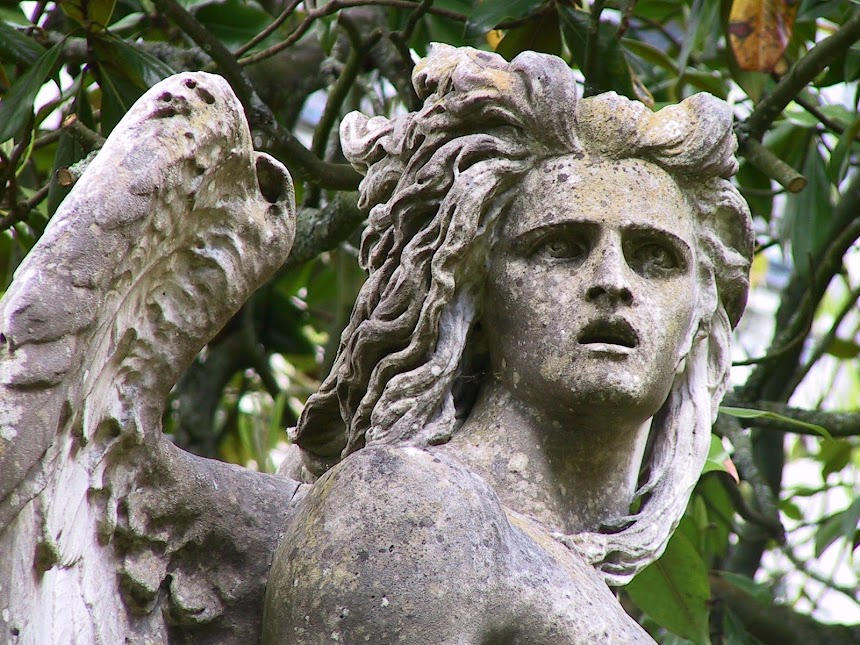 In French, I've seen this work called « L'Archange déchu » but also simply « L'Ange déchu ». The fallen archangel is Lucifer (a.k.a. Satan), no? The sculpture was installed at Montrésor in the late 1860s, just a few years before the death of Corti (1823-1873). 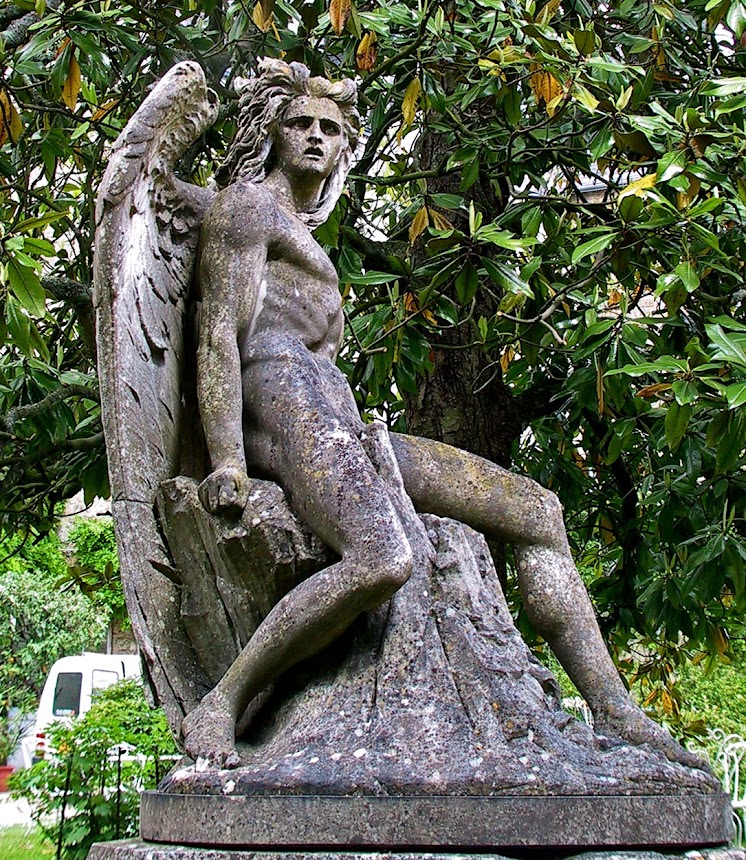 The Polish owner of the château was Xavier Branicki. He was a hunter, philanthropist, art collector, financier... and the major of Montrésor from 1860 to 1870.
Posted by Ken Broadhurst at 06:30