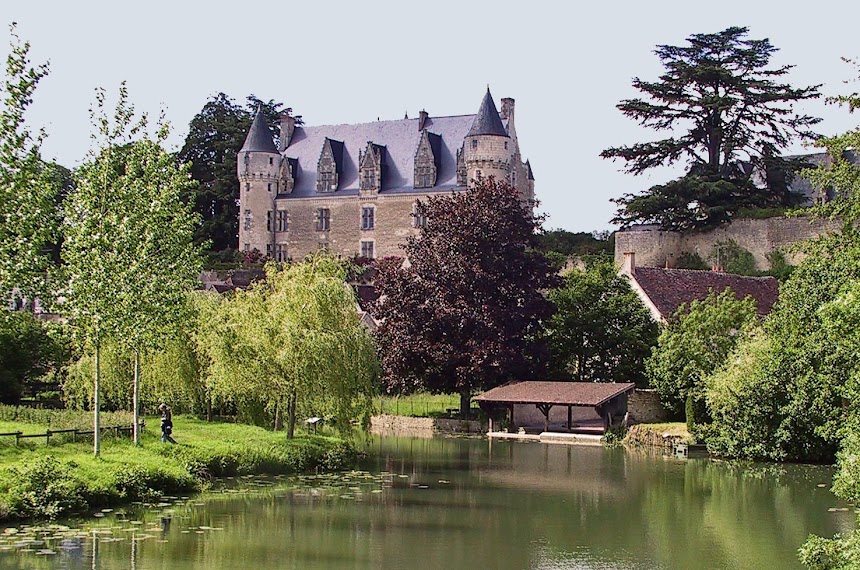 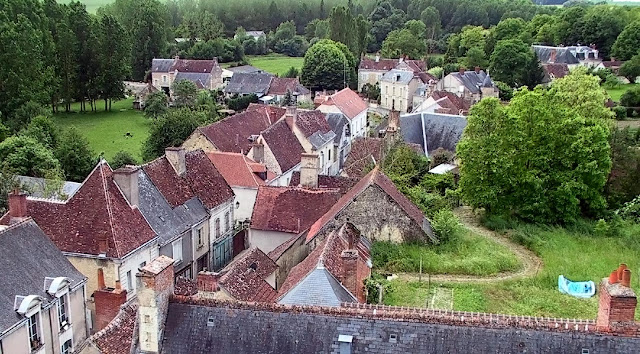 The village of Montrésor in the Loire Valley's old Touraine province is a string of houses below a 500-year-old château and church along the little Indrois River. It's about 45 minutes by car south of better-known Amboise and an hour east of Chinon. Three closer towns of note are Loches, Montrichard, and Saint-Aignan. 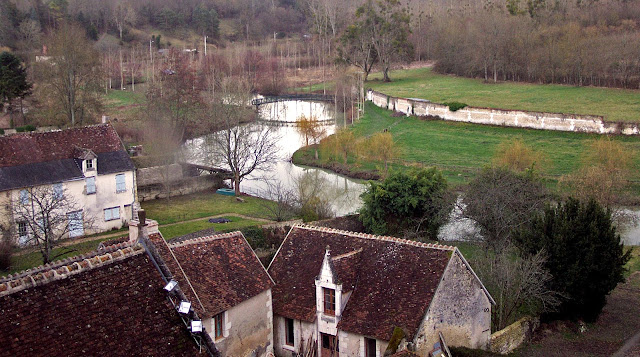 The Indrois is a small river that flows into the Indre River north of Loches after winding for 25 or 30 miles through the southeast corner of Touraine. The Indre in turn flows into the much larger Loire River, making the Indrois a sub-tributary of France's largest and longest river. 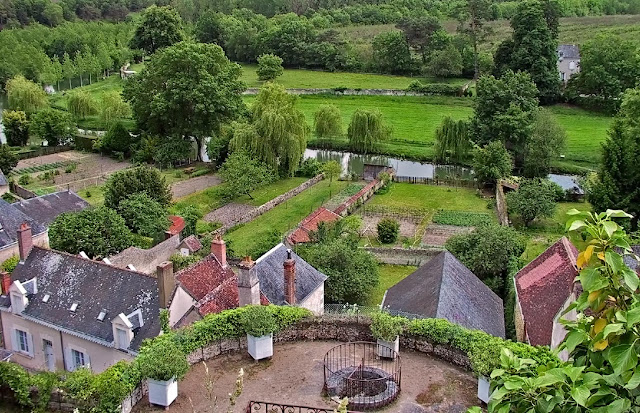 The Wikipedia article about the Indrois describes the rivière as only « moyennement abondante » (the flow is not especially impressive). In other words, it's not much more than a stream. Above and on the right are views of the Indrois from up in the château. 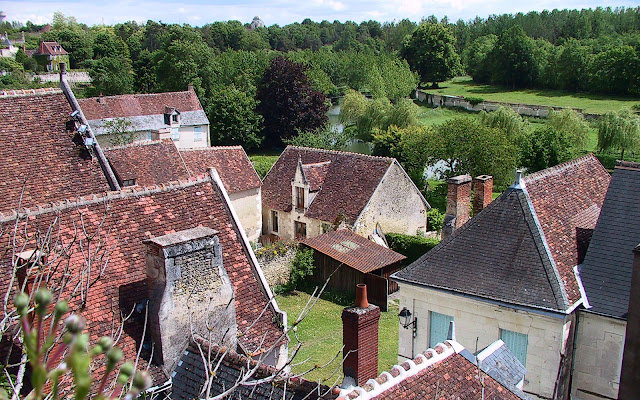 Though small and lazy, the Indrois does flood every 20 years or so, and the floods are sometimes more significant than you might expect for a stream with a fairly small drainage basin. The Indre River into which the Indrois flows has a drainage basin ten times as extensive and is five times longer, and it's still basically a small, slow-flowing river. 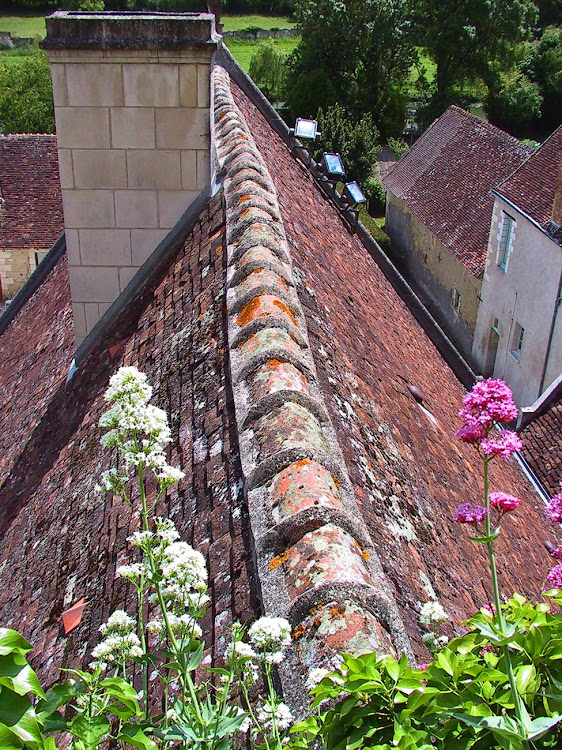 At Montrésor, the château stands on a sort of promontory above the Indrois valley, which is lined with vegetable gardens on its north bank and maintained as a park and river walk on the south bank. There are pretty views from the château and its grounds. At nearby Chemillé, downstream, the Indrois is dammed and forms a small artificial lake. There's a very nice restaurant there called Le Moulin de Chaudé where we've had several delicious meals over the past two or three years.