Chinon is a very different kind of place compared to Montrésor. It's a big town, pop. 8,000 or so. The château at Chinon is basically a ruin, and it's enormous. And it has much greater historical significance than does the château at Montrésor. The Plantagenets and Joan of Arc feature in its past. 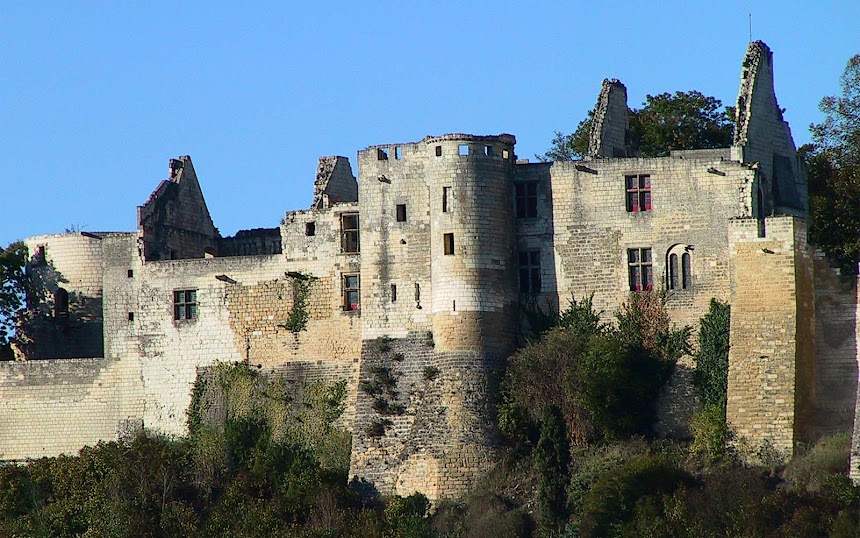 
That said, I need to do some reading to refresh my memory of the history of Chinon. And I need to process some photos. Most of the ones I've found so far date back to 2005, and digital cameras didn't consistently produce images of the same quality back then. We'll see.


Meanwhile, I want to post a couple of photos of the village that lies just to the west of Montrésor. It's called Chemillé-sur-Indrois, and it's the spot where a small earthen dam creates a plan d'eau, a small artificial lake, just three kilometers (a couple of miles) from the Montrésor château. 
There's a good restaurant there called Le Moulin de Chaudé. Nearly two years ago I posted photos I took during a meal there, and here again is a link. I am providing this information for an American who participates in a travel forum that I like to read and who has said he plans to visit Montrésor on an upcoming trip to France. 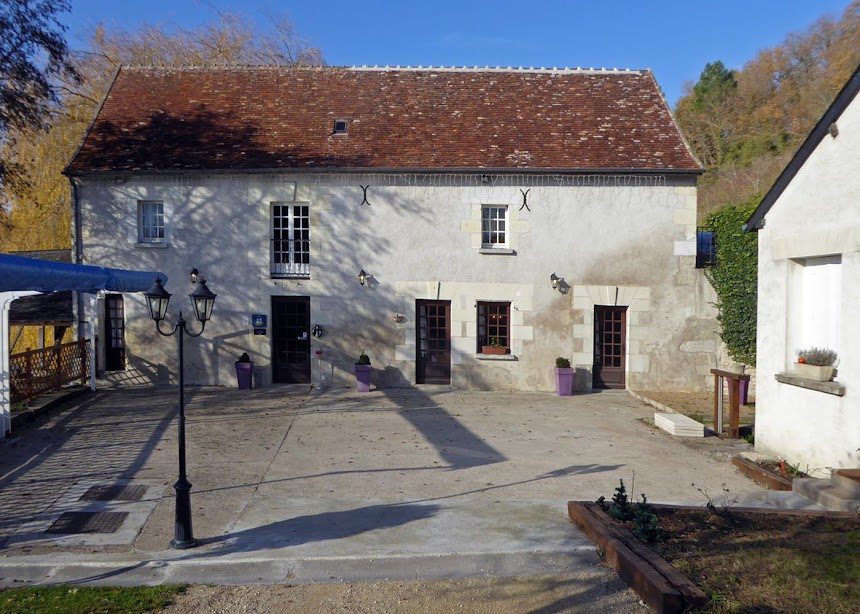 In warmer weather (we were here in December) this terrasse is set up with tables and chairs for outdoor dining.

Also, here's another panel of that Renaissance-era stained-glass window in the church at Montrésor. I don't know why I didn't post it earlier. 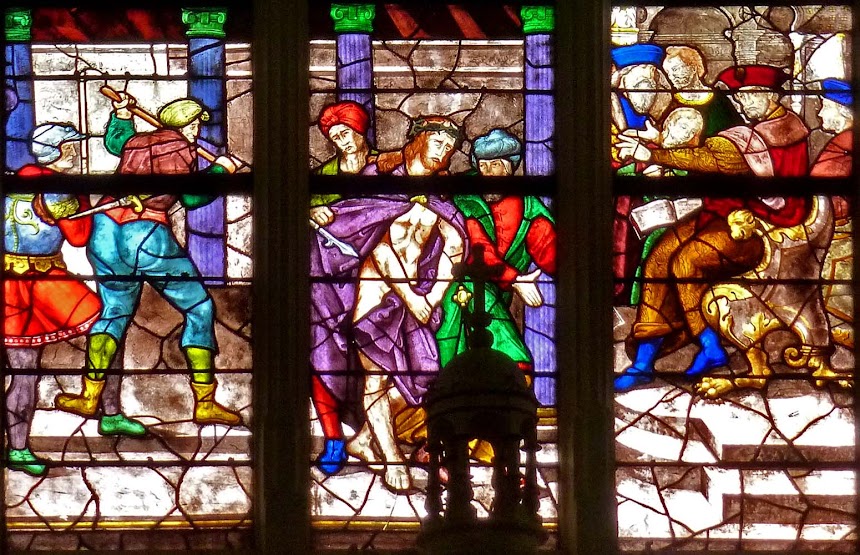 I can't seem to finish with Montrésor.
Posted by Ken Broadhurst at 07:15