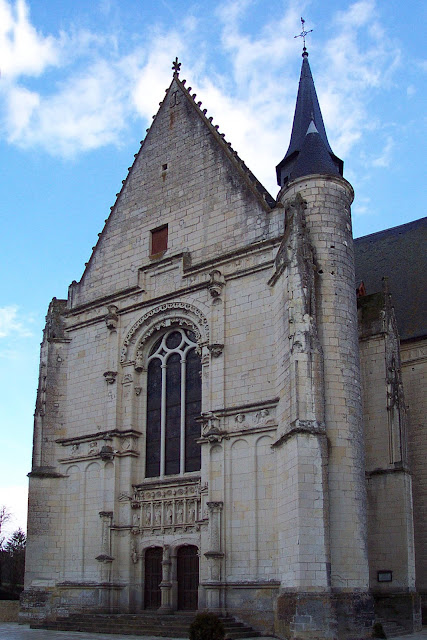 Heads or tails no heads... but hands. Inside the Saint-Jean-Baptiste church in Montrésor, you can see the tombs of the family that had the church built nearly 500 years ago. The family name was Batarnay (sometimes spelled Bastarnay) and Imbert de Bastarnay was an advisor to and confidant of several French kings back then. 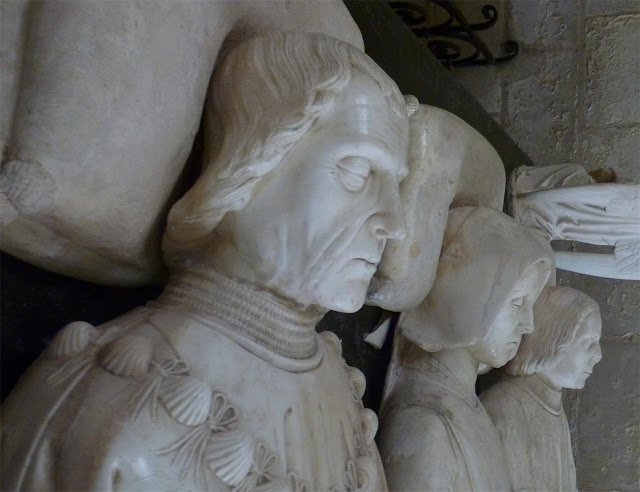 "Recumbent" statues of the deceased (father, mother, and son) adorn the tombs. These kind of statues are called gisants in French, from the "defective" verb gésir meaning "to lie (down)" or "to be lying (down)" — not to be confused with telling lies. Other forms of this irregular verb appear as ci-gît [name] meaning "here lies [name of deceased person]"... and also gîte meaning vacation or holiday rental house. A gîte is a hare's nest, where the animal lies down to sleep. Gîte means "shelter" in this context. 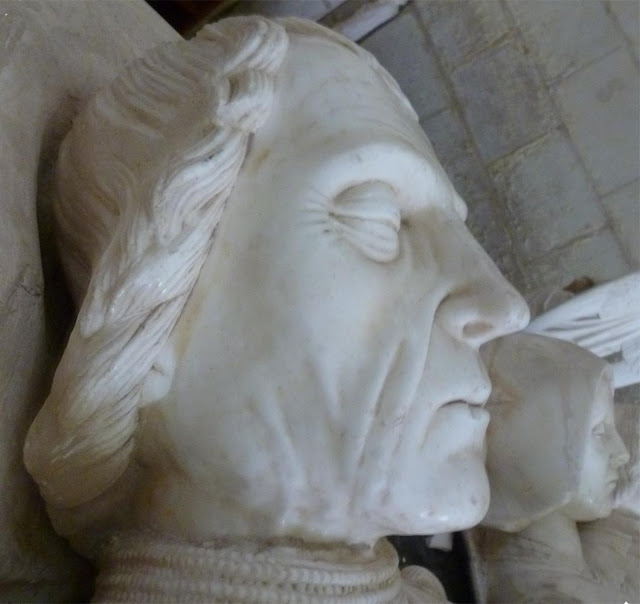 The author of the Cadogan guide to the Loire Valley says that the gisants at Montrésor are "fine effigies" that make the Batarnays "look rather like a family tucked up in bed with their heads deep in their stone pillows." Imbert de Batarnay reportedly lived to the ripe old age of 85. 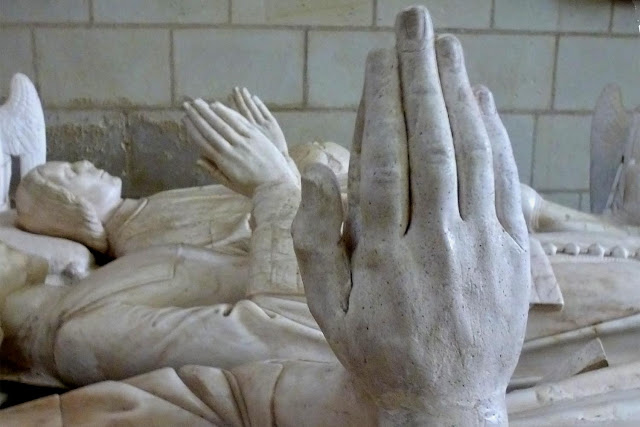 The hands are striking. Why are people who look like they are dead or sleeping holding their hands up in such a prayerful pose? 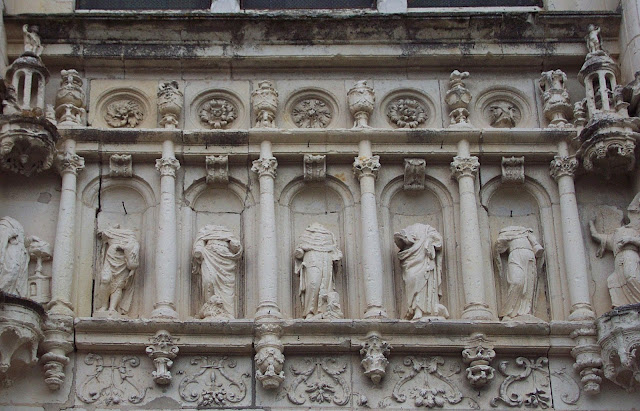 The Batarnays are luckier than the saints whose statues adorn the façade of the Montrésor church. Those statues are headless thanks to the pillaging and plundering of churches that went on at the time of the French Revolution.