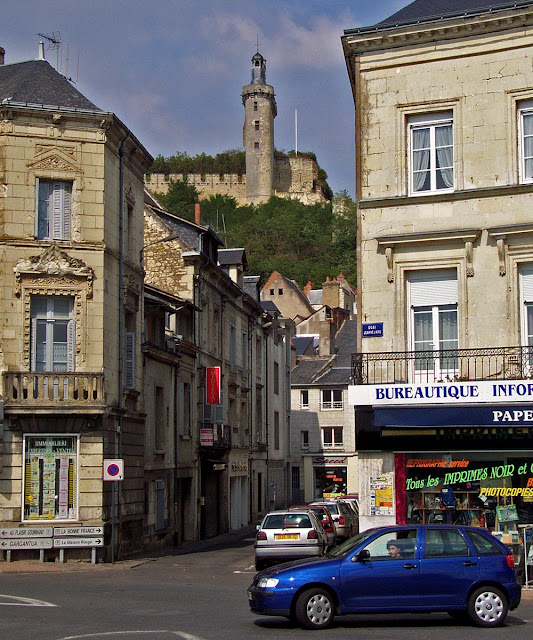 The Tour de l'Horloge stands at the entry gate of Chinon's Château du Milieu. As has been noted, it is a ridiculously pencil-thin tower. It was built in two stages: the lower part, with the entry gate, dates back to the 12th century. The upper section was added on in the 14th century. This is a view from down by the river. 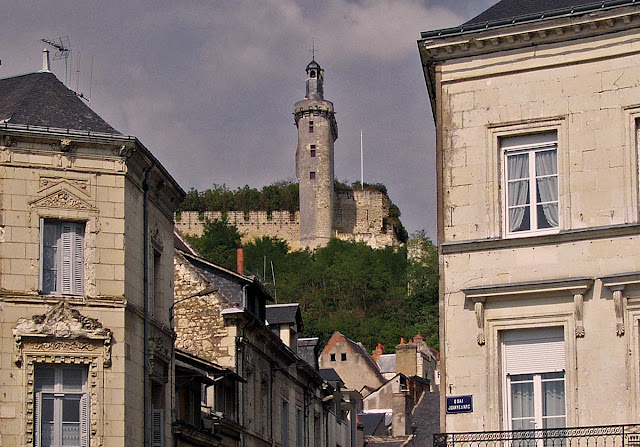 The tower is only five meters wide. That's 16½ feet and is not much compared to its height (22 m, or nearly 75 feet). Located on a rocky spur north of the Vienne river, it soars over the town. I wonder how far above the river the top of the tower stands... 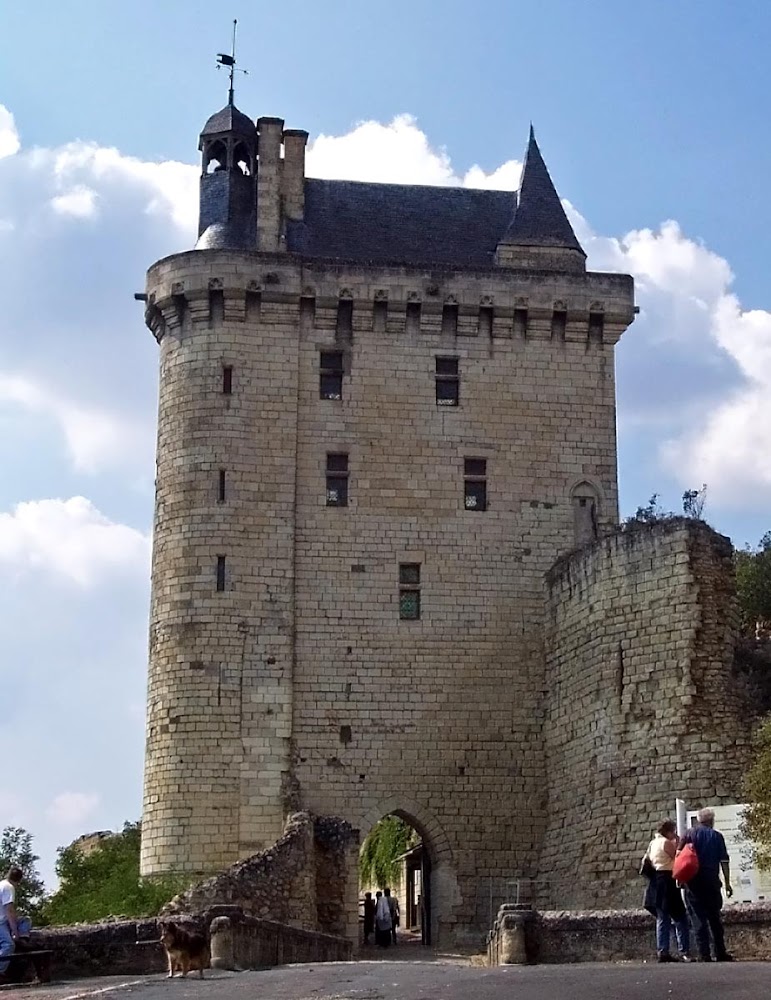 The clock at the top of the tower has been ringing every hour of the days since 1399. In 1429, Joan of Arc passed through the gate at the bottom of the tower  — and through so many others all over the Loire Valley and France over the years before her death by incineration in Rouen. (That's Walt and our dog Collette on the lower left edge of the photo.) 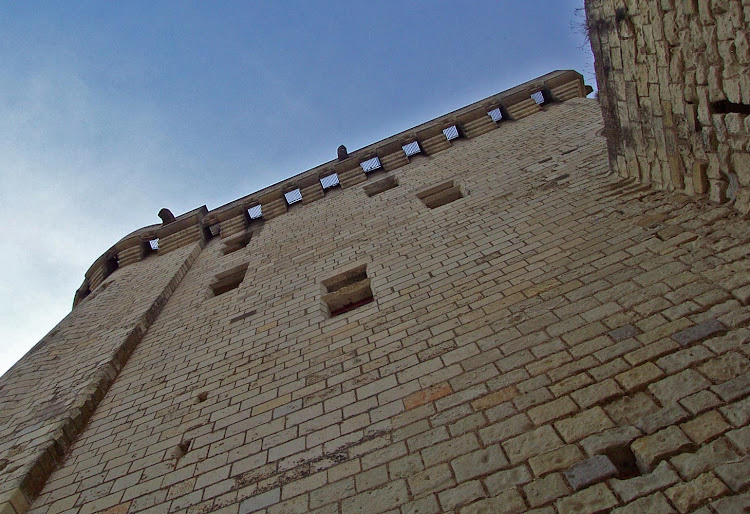 It's an impressive structure. I believe that Walt and I climbed the stairs to the top on one of our visits. I'm still looking for any photos we took that day.