Here are two photos of the fortress that Foulques Nerra ("The Black Falcon"), count of Anjou, had built at Montrésor starting in the year 1005. In the first photo, the house is the same one you can see in the photo I posted last November 23. That photo was from 2012; the one below is from 2005.

In the period preceding the year 1000 or so, the French king had set up counts in various regions and cities in the surrounding provinces, especially along the Loire River. France at the time was just Paris and the territory surrounding it. Counts in Angers, Blois, and Orléans, for example, held considerable power. Foulques Nerra started expanding his territory toward the east, taking over the Touraine province and clashing with Eudes, the count of Blois. Foulques had fortifications built at Montrésor (1005) and Montrichard, among others. 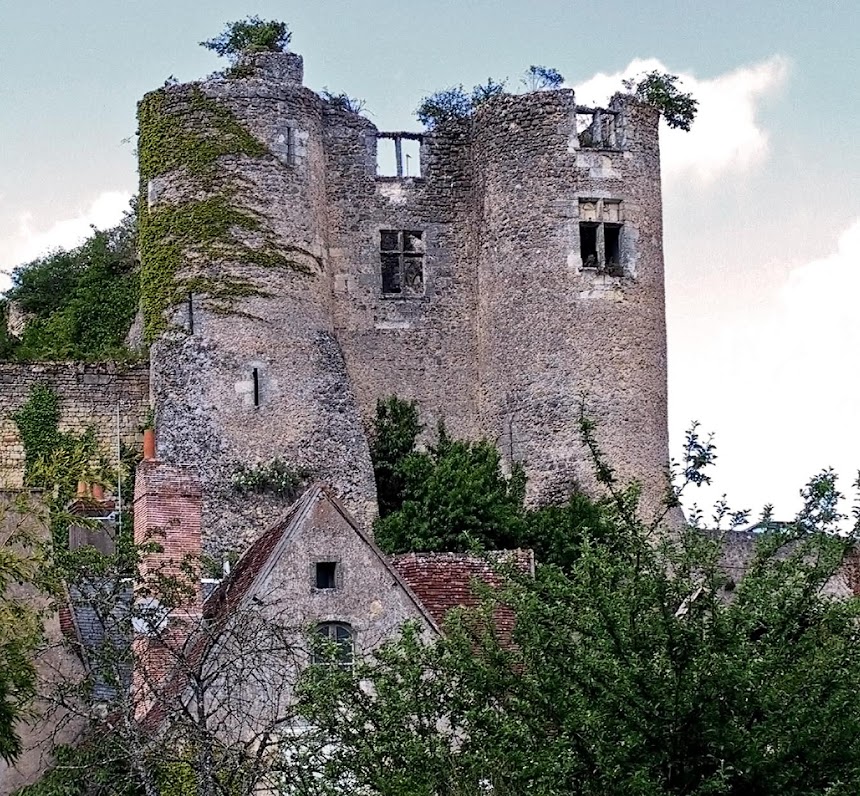 
Foulques Nerra's army defeated the count of Blois in 1016 in a battle on the plain surrounding the old town of Pontlevoy, just north of Montrichard on the road to Blois. A decade or more later, Foulques Nerra would take Saint-Aignan (10 miles upriver from Montrichard) away from the counts of Blois as well. Foulques Nerra died in 1040. In English the name is Fulk, and you can read the Wikipedia article here. Fulk's descendants became the kings of England when Henry II Plantagenet took the throne there in 1133. The Plantagenets reigned over England for several centuries.