Details and the big view... Going back through all these photos, I've come to appreciate the beauty of Montrésor more than I ever did before. Actually, four of these photos could have been taken anywhere in Touraine, the Blois area, or the neighboring Berry province. Montrésor has a lot of pretty places to compete with — including Saint-Aignan and Montrichard. 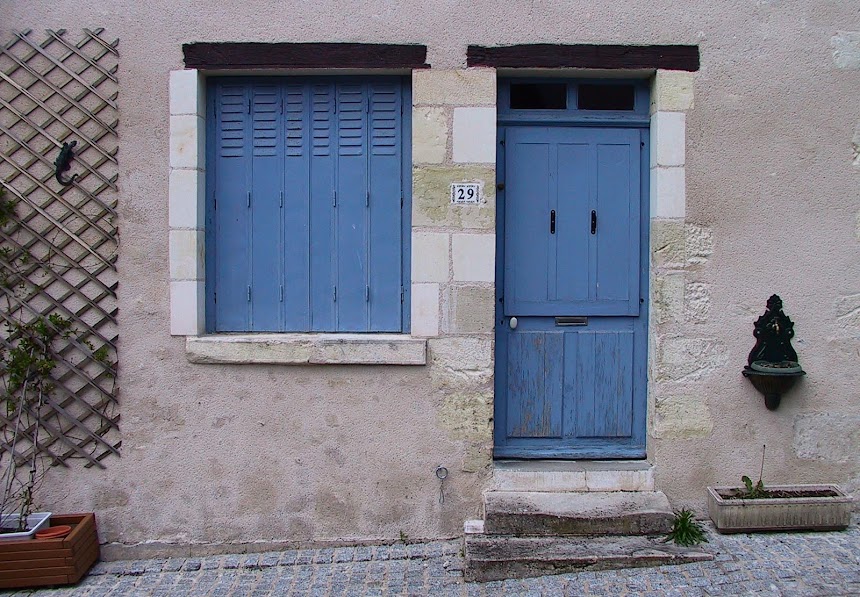 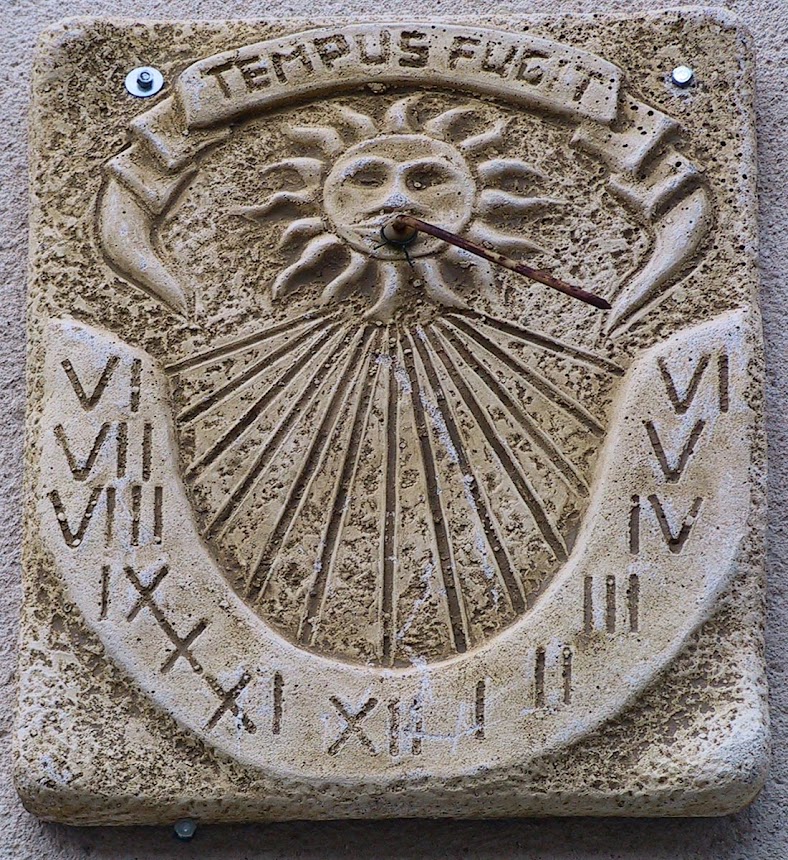 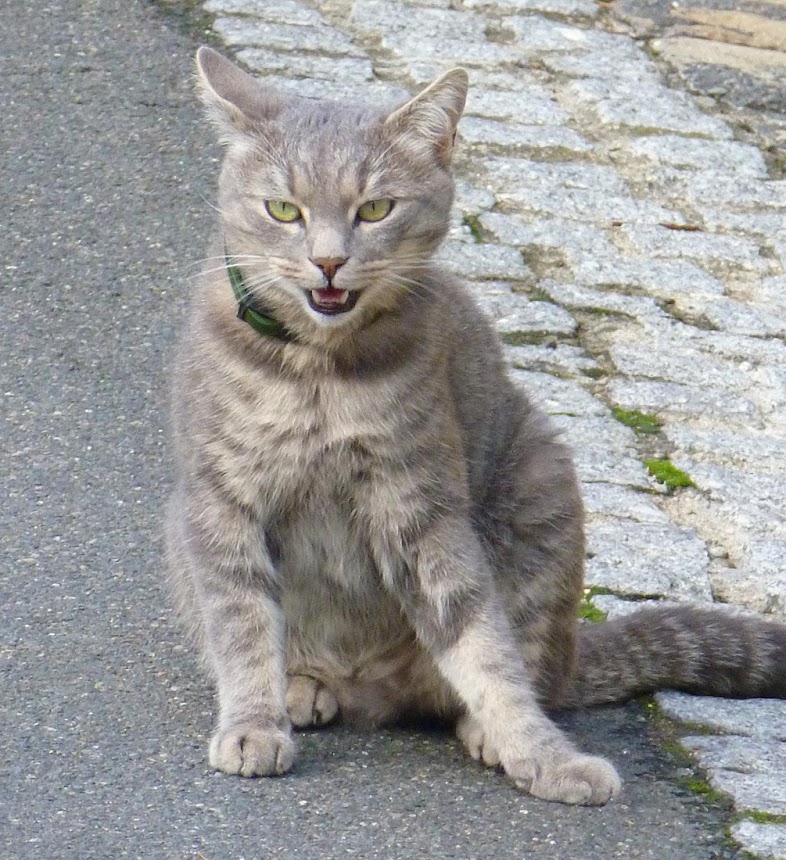 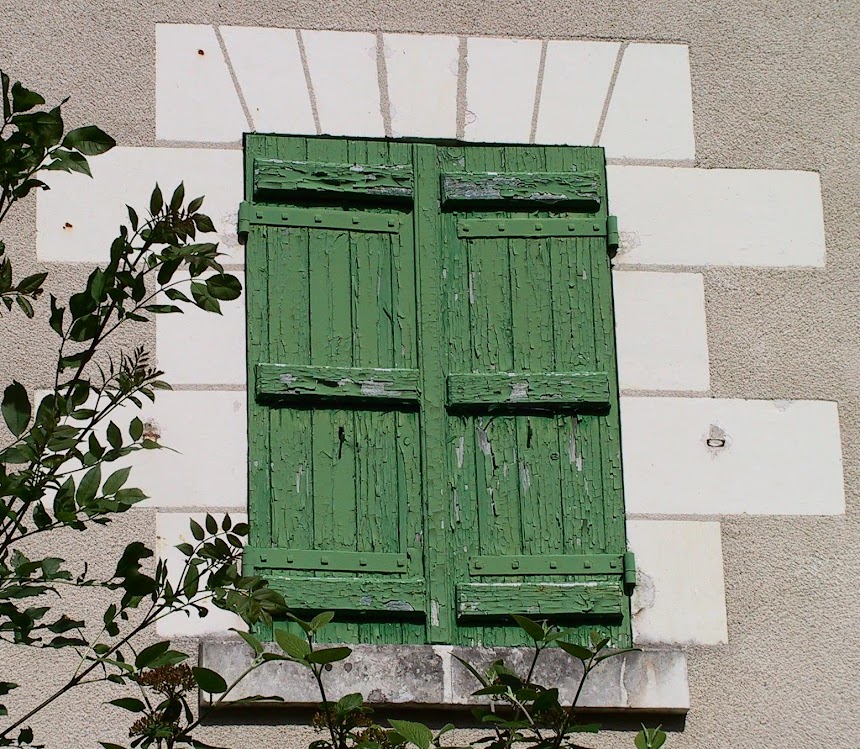 
Except for the picture of the cat, I took all these photos in Montrésor on pretty spring days in 2006. The cat encounter on a village street took place in 2012, and the animal's green eyes and green collar on the gray background of its fur mimics the splashes of color — shutters, windows, doors, plants, flowers — on gray backgrounds you frequently see in French villages and towns.
Posted by Ken Broadhurst at 06:30