Can you believe that another hurricane is headed for the U.S. coast? Nate. Great. Selfishly, I hope it stays away from eastern North Carolina. I'll be flying from Paris to Raleigh-Durham in a few days, and I don't want to land in the middle of a windstorm. Or have my plane diverted to some other airport. Sigh. 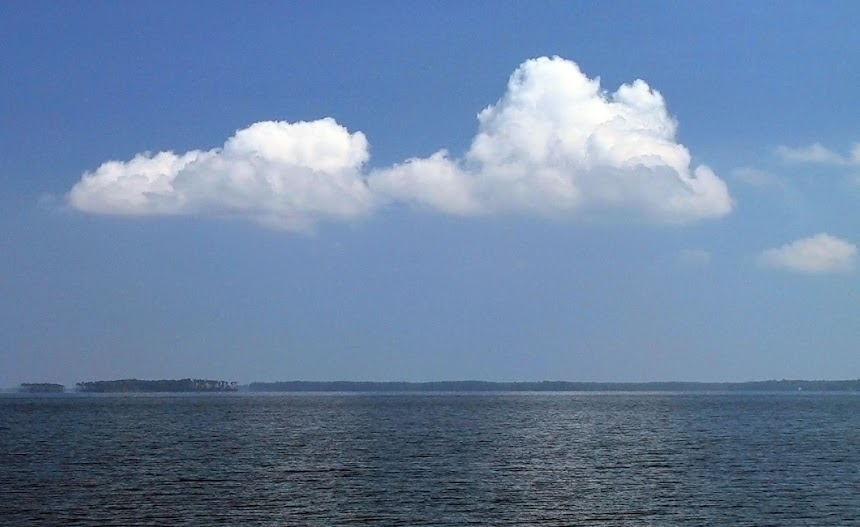 Here are few more of the photos I took on a September visit to coastal Carolina 15 years ago. Some of these show scenes of the Neuse River estuary. At least one is of the Pamlico River estuary. And the one with pelicans in it shows the Atlantic Ocean seen from Bogue Banks, near Morehead City, on a calm day. 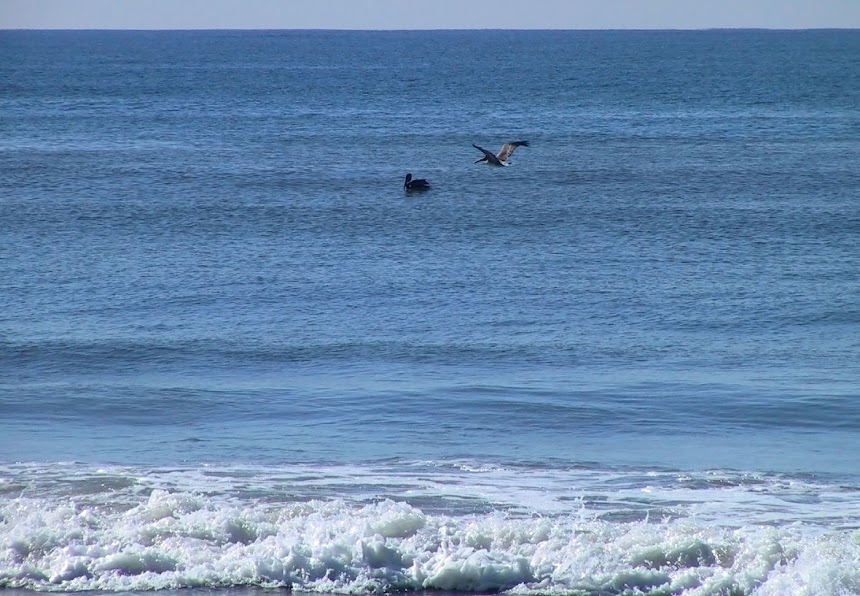 As I've said before, the N.C. coast is more water than land. Pamlico Sound alone is 80 miles long and 20 miles wide. The North Carolina sounds (Albemarle, Roanoke, Core, Bogue, Currituck, and Croatan, along with Pamlico) together form a 3,000 square mile estuary complex, second-largest in the eastern U.S. after Chesapeake Bay. The waters teem with fish, oysters, crabs, conchs, clams, and scallops. 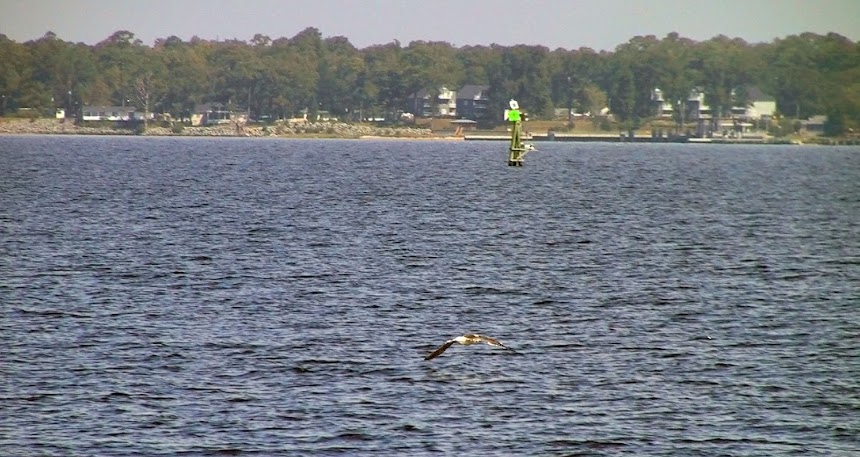 The salinity of the sounds varies from north to south and west to east. Overall, the waters are about 50% as salty as the Atlantic Ocean. The water is shallow, averaging only 5 or 6 feet deep, and there are a lot of shifting shoals and sandbars. The deepest water in the system is in Pamlico Sound, where in one place there's a "hole" 26 feet deep. Pronounce it [PAM-lih-koh], by the way. 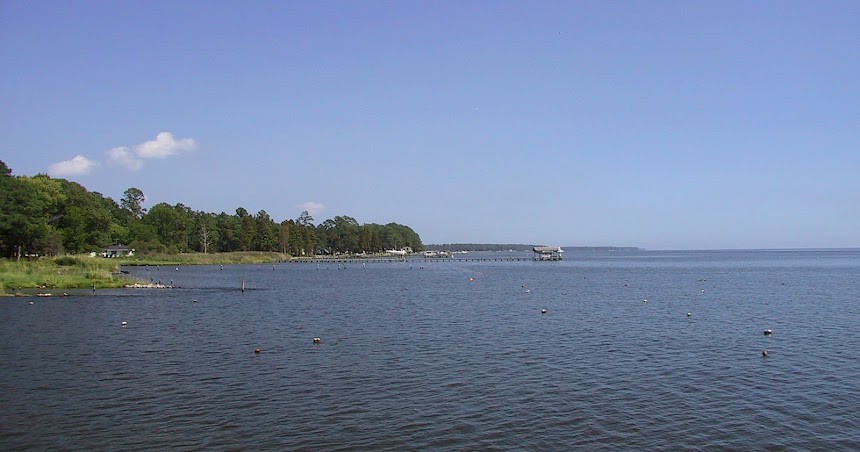 So the sounds and wide rivers of this coast a great for small boats, but treacherous for larger vessels. The port in Morehead City is very deep, actually, at 40 feet, and is maintained by constant dredging so that ocean-going ships can dock there. I've never owned a boat myself, but one of my summer jobs for 2 or 3 years, many years ago, was renting little sailboats to tourists and teaching them the rudiments of sailing. That was a great job, and a lot of fun. 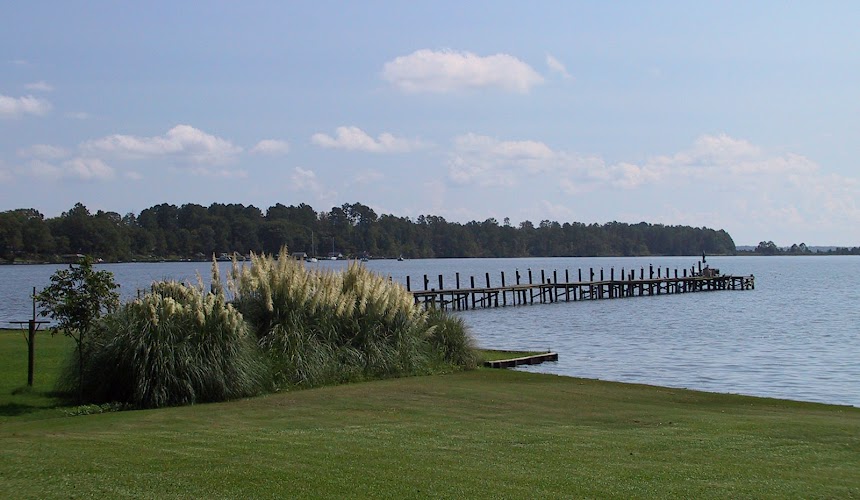 Meanwhile, here in Saint-Aignan we got much garden work done yesterday. Walt pulled out all the tomato plants (30 of them). I helped a little. The tomatoes remaining out there were rotting on the vines. Also, I tilled up a small part of the vegetable garden plot so that I can plant some winter greens. I don't know if they'll grow, but such plants have done well in past years. Everything depends on the weather.
Posted by Ken Broadhurst at 07:00