"I think I'll go to The Beach today." That's how it sounds to me now. The Beach, with a capital B. We spent so much time over there, on the hot sand and in the warm water. This is The Beach at Morehead — Morehead City in North Carolina is my home town. I was born and raised there — from 1949 until 1967, when I finished school and went to college several hours inland. 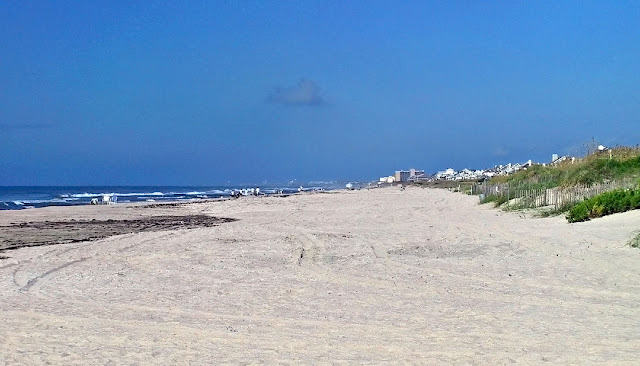 The house I grew up in was (still is) about 2½ miles from The Beach by car or bicycle. As the gull flies, it was about 1½ miles. When there was a storm offshore, with my bedroom window open I could hear the surf pounding on The Beach all night. When the wind blew hard from the southeast, the waves would wash up seaweed the came from the Sargasso Sea, east of the Gulf Stream and west of Bermuda. 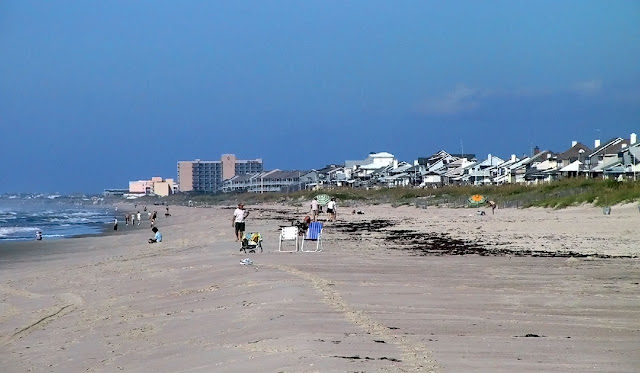 When I was a young boy, my mother and her friends would put all us children in a car or two and drive us over to The Beach. Their husbands — our fathers — would join us at the end of their work day, and we'd have grilled hamburgers and hot dogs for supper right there on The Beach. We get home at dark, sunburned and exhausted, and wash off in the spray of the garden hose to get the salt off our bodies before we went to bed. 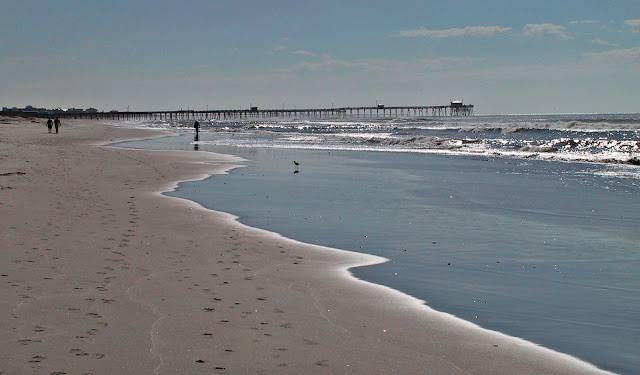 The main town on The Beach is called by the generic name of Atlantic Beach. Nowadays there are other towns on the barrier island called Bogue Banks — Pine Knoll Shores, Indian Beach, Emerald Isle. One of the older villages on the island is the unincorporated community called Salter Path. You could go to any of those places and be at The Beach. There are a lot more houses on the island now than there were back in the 1960s. 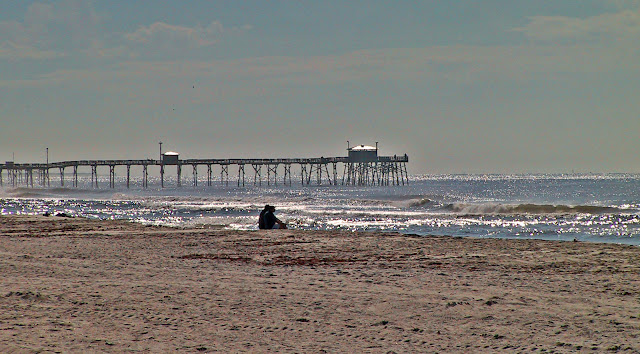 When I was in college, I had a summer job working at one of the fishing piers over at The Beach. It was called Sportsman's Pier, and it has since been torn down. I sold bait and tackle one summer. The next summer, right after my first trip to France (1970), I worked the night shift in the pier's grill and snack bar, flipping burgers at night and cooking eggs for people who wanted to start fishing at dawn. I remember gorgeous sunrises and huge schools of fish swimming by. 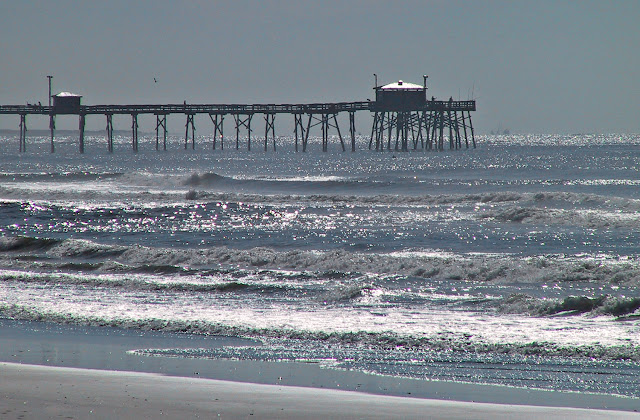 So 1970 was my last summer at The Beach. After that, I worked on the mainland, in North Carolina and then in Illinois. And in France, including years in Rouen, Paris, and Metz. I can only remember going to The Beach in summertime a few times over the years. Walt and I went to Morehead one summer (1990), and we once went to Cape Hatteras and Ocracoke (1985 or so). We went swimming in the ocean. We went crabbing in the sound and cooked and ate blue crabs for dinner. 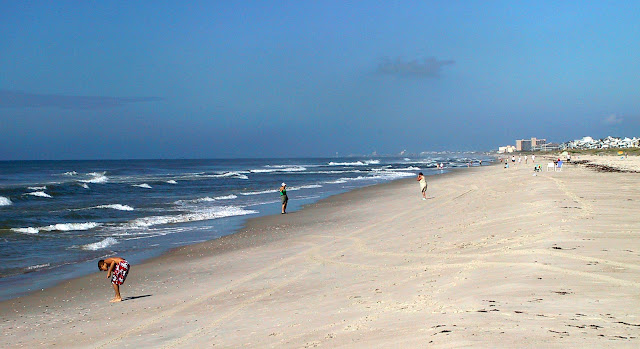 It's fun to go to The Beach in spring or autumn, and even in winter. But there's nothing like being at The Beach in summertime, especially when you're young. I remember that my grandmother was still going to the beach when she was about the age I am now — closing in on 70! — in her bathing suit, sunbathing. We all loved The Beach.
Posted by Ken Broadhurst at 07:15