I don't know who mentioned it or in what context, but I learned a few days ago that there is at least one "Sears house" in Morehead City, N.C. The house is on the block I grew up on, and my sister actually lived in it for a while 35 years ago. Actually, now I've learned that it's a Montgomery Wards house... 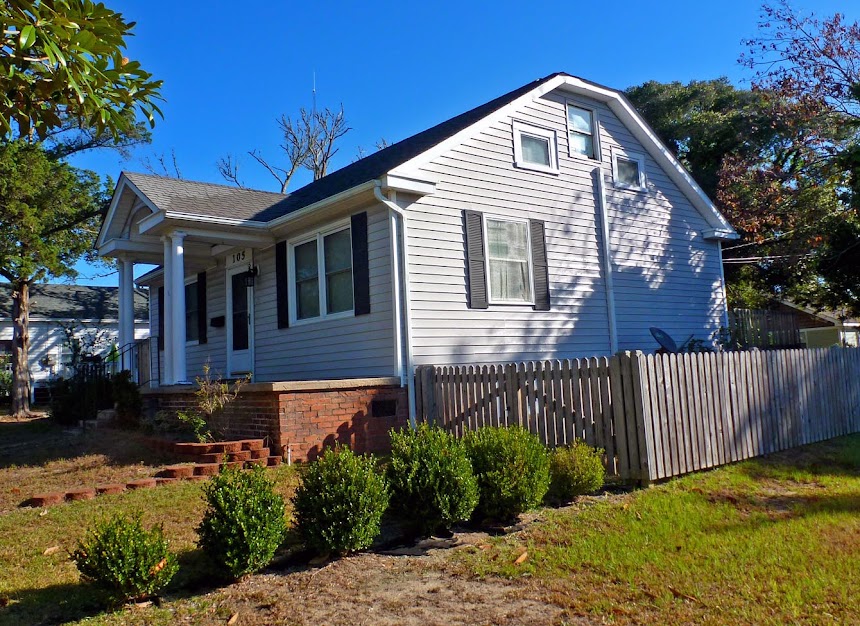 Early in the 20th century, people could order pre-fabricated "kit houses" from the Sears or Wards catalog. I know the people (or at least one person) who lived in this house, but nobody seems to remember exactly when it was built here. It was slightly famous around town because it has a basement, whereas most of the older local houses are built on brick pilings with just a crawl space under the main floor. Newer local houses are often built on concrete slabs or, more and more often, on tall stilts. 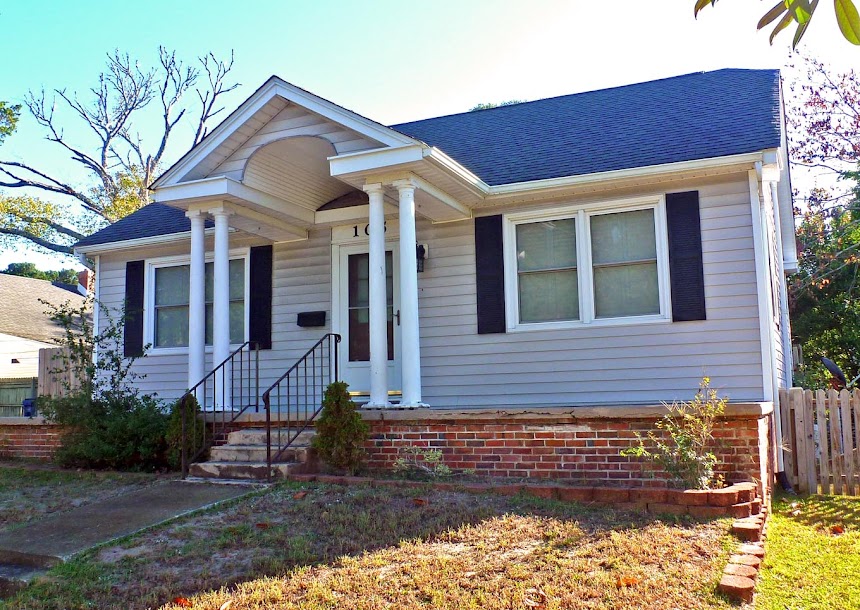 Maybe Judith ("seinejudeet") will know what kit house model this is. [See Judith's commen below.]

P.S. Our water service was re-established yesterday at about 2 p.m. That means we didn't have running water for 30 hours. It was nobody's fault, I'm sure. Just bad luck. The management brought us a couple of gallons of water in jugs that we could use to flush the toilet. Anyway, things are back to normal now.
Posted by Ken Broadhurst at 06:30