Some birds. Shore birds. I don't know about you, but I'm feeling pretty numb this morning. I remember a couple of trips to Las Vegas when Walt and I still lived in California. We had such a good time there — to my surprise, the first time. I didn't think I'd like it, but I did. I'm not a gambler. We didn't go to any shows. We just wandered through the big casinos, taking in the scene, and we had two or three nice meals in good restaurants. 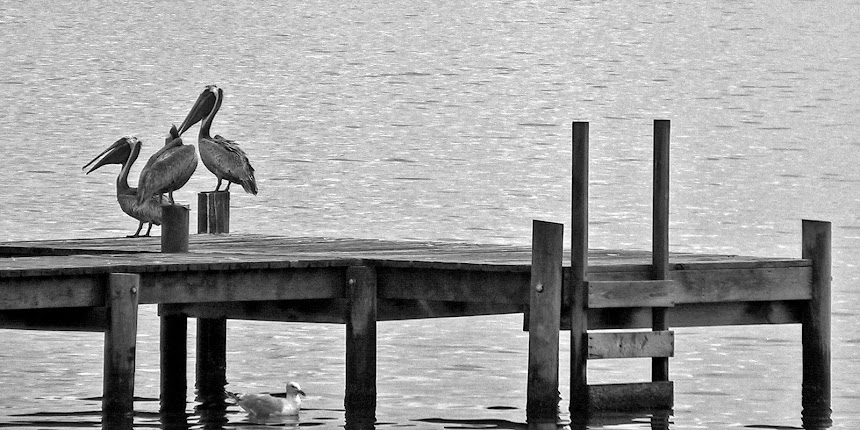 Of course the fact that my sister (Joanna) and my cousin Ginger were in Las Vegas when this latest horror happened makes it feel even more real to me. They told me that they decided at the last minute not to attend the concert because they were worn out after spending a busy week in Vegas. And the fact that Walt's cousin Kim lives there now too. Our first trip to Vegas was to meet Kim and couple of her friends there. They'd come from Orlando to spend a few days having fun, and we wanted to join in. 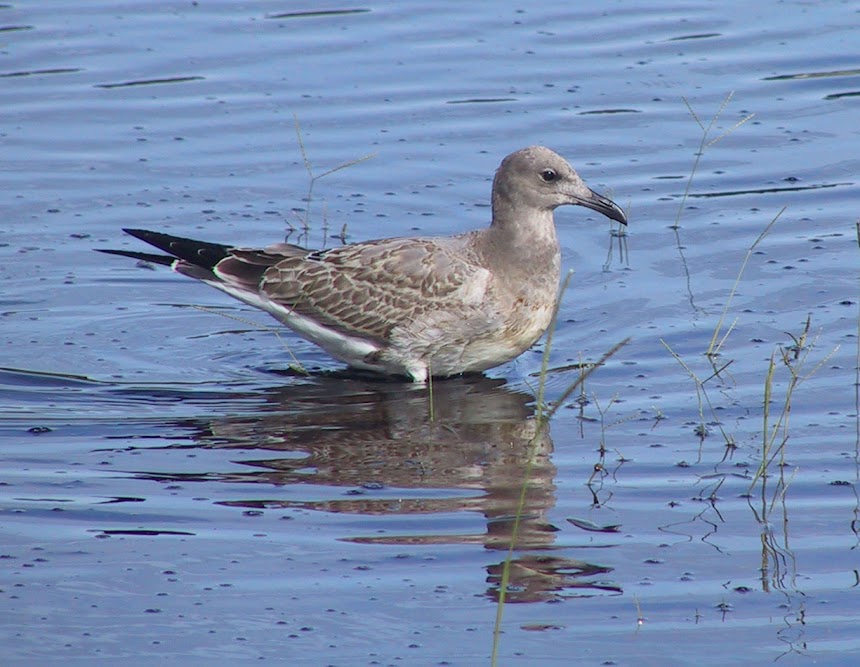 These shore birds were ones I saw a photographed in North Carolina in 2002. I know that posting just a series of photos with no captions or other text to read can be kind of boring. Text stops your eyes so that you don't scroll through the photos so fast. 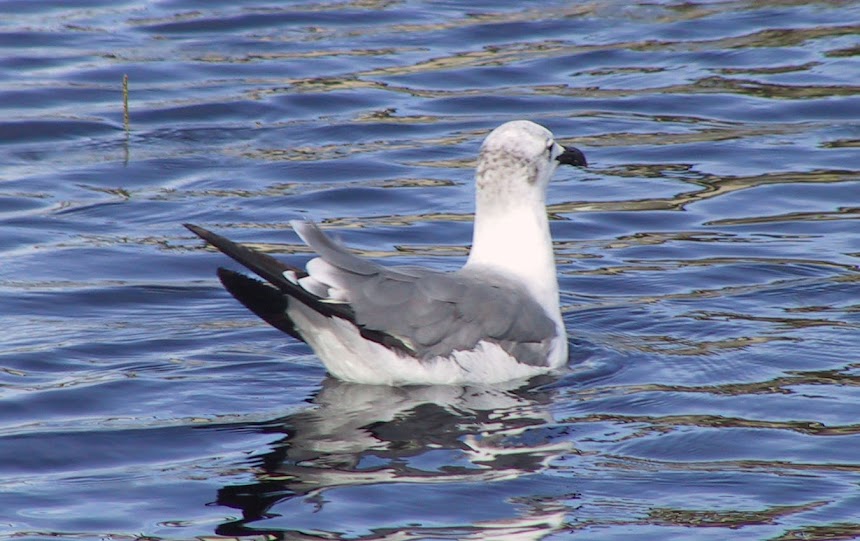 I love the color of the water in several of the close-up shots here. It looks so clean and clear. Even so, a lot of the photos in this set were far too blue. I decided that the two photos featuring pelicans looked better in black and white. Pelicans look so primitive. Prehistoric, really. In both pelican shots, there are gulls lurking nearby, as if they are hoping something to eat might fall out of the pelicans' pouches. 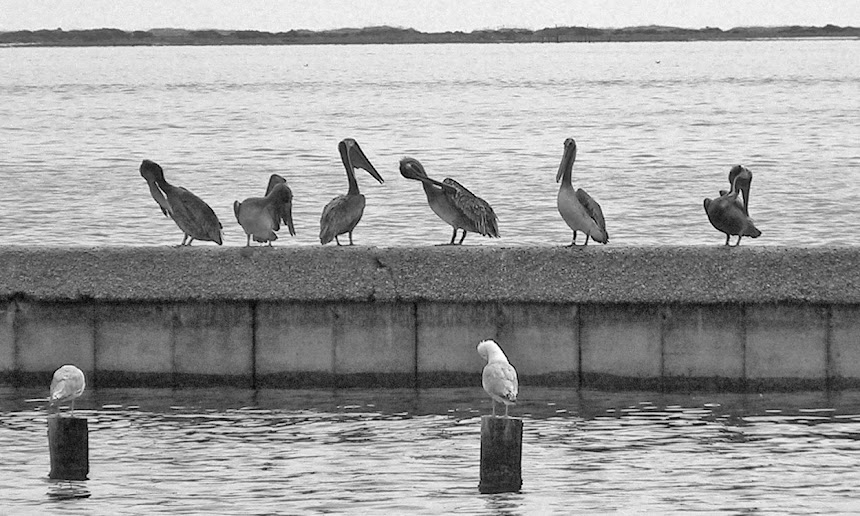 Okay, nothing more to say, really. When I got up to take Natasha outside at five a.m., rain was coming down so hard that the puppy refused to go outside. She might never have really seen rain like that in her short life. It has slacked off a little now, but it's still raining. It's my morning to walk Natasha, but rain may cut the walk short. 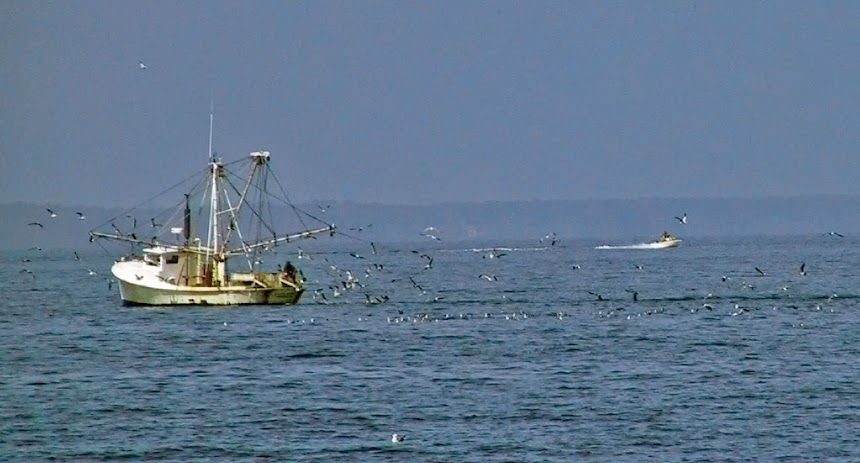 Then I have to go get my hair cut at nine. Yesterday I saw my doctor, and I got a good report and a renewal of my prescription drugs. This is all in preparation for my trip next week. The doctor said I should probably make an appointment to see a cardiologist next year, since my last cardiology exam was four years ago. My father and his father both died of heart failure, and my mother had a heart attack some years ago too. So I have what the doctor called des antécédents — a family history. 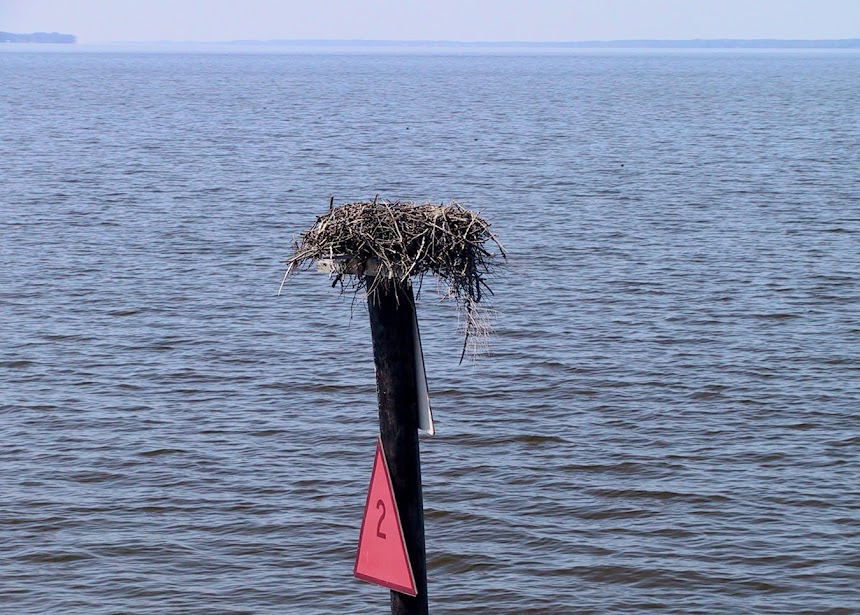 I don't know what bird built or occupied the nest above, on top of a channel marker in the Neuse River estuary east of New Bern, but it looks like it might be a big one. An osprey? Some kind of eagle? Anyway, you can see how wide the estuary is. 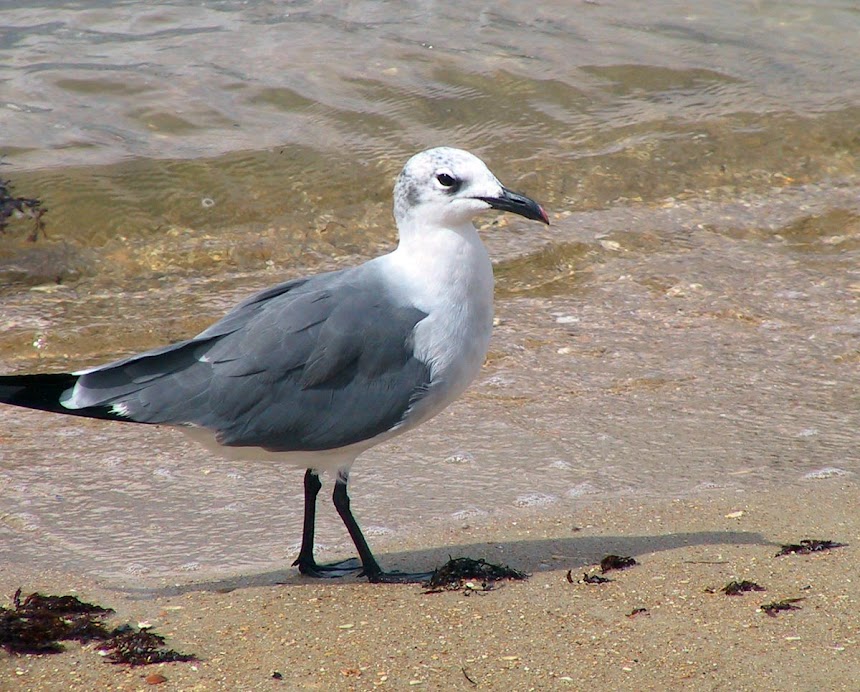 Events — atrocities — like the one in Las Vegas this weekend, make you contemplate your own mortality. Oh, and I apologize to the bird above for cutting its tail off. I didn't crop it that way; I accidentally framed it that way when I took it. Doesn't the water look pretty, though?
Posted by Ken Broadhurst at 06:45