I was up at 4:00 this morning, because I heard the dog whimpering and her claws clicking on the floor. We went outdoors and walked around the back yard. I was admiring the clear, crisp night sky full of stars — the Big Dipper, especially, was brilliant. For some reason, when I went back to bed a few minutes later, I starting thinking about the last walk I took in Paris. 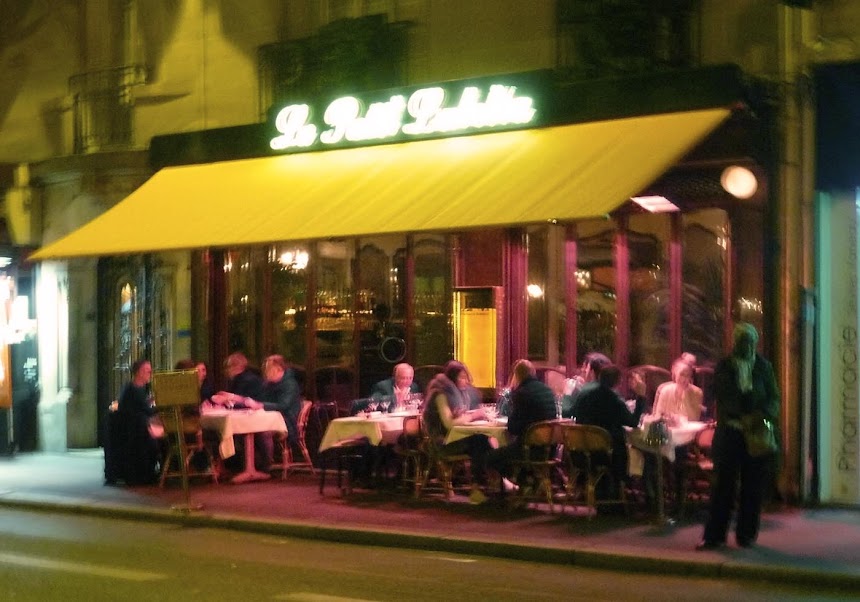 Au Petit Lutetia on the rue de Sèvres, not far from where CHM lives


It was Monday, Oct. 9. I had reserved a room at a hotel out at CDG airport. I had a free evening and I thought it would be nice to spend it with my friend CHM — I hadn't seen him a single time in 2017, for a variety of reasons, even though he spent the summer in Paris. Coincidentally, we were both flying out of Paris CDG airport the next day, headed for the U.S. East Coast. 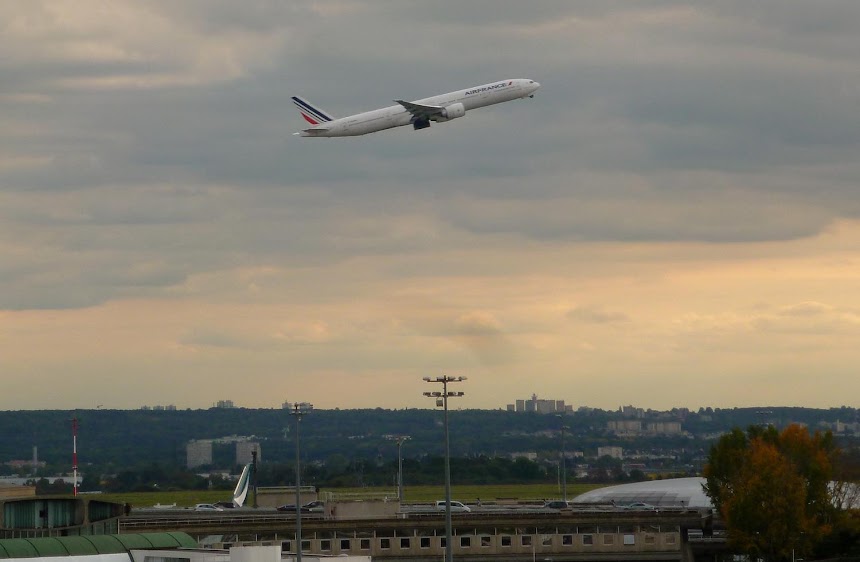 Leaving on a jet plane


I took my suitcase to the hotel, left it in my room, and at 5:00 I got on an RER train that would take me into central Paris. The fare was 24 euros for the round trip, but including the dinner CHM and I had in a little Japanese restaurant in his neighborhood the whole evening cost us less than 50 euros. At 9 p.m. we said our au revoir and I headed back toward the Saint-Michel-Notre-Dame RER station for the return trip out to the airport. 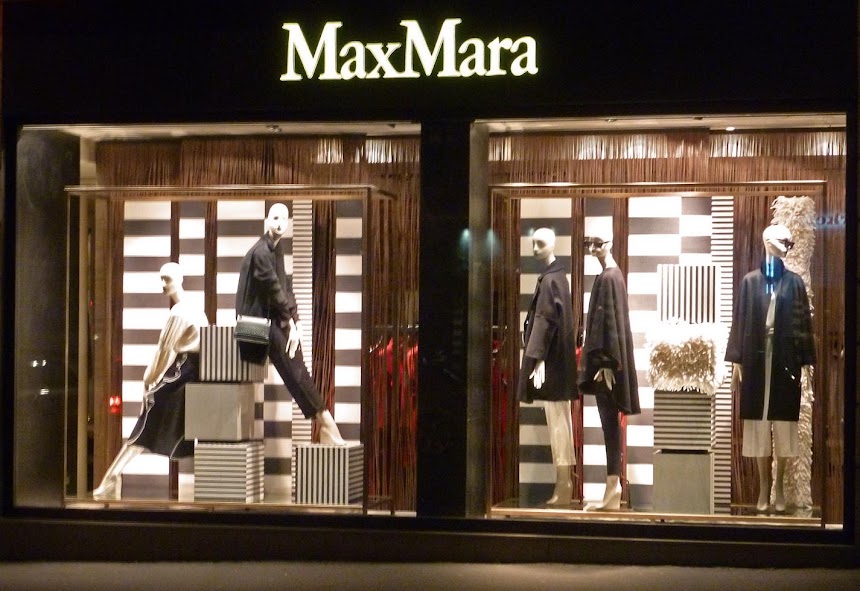 
I decided to walk. From CHM's neighborhood to Notre-Dame cathedral is not a really long distance, on streets than run more or less diagonally from southwest to northeast across a big section of the Left Bank. The weather was warm and clear. The shop windows and café terrasses, all lit up for the evening, were picturesque in a couleur locale kind of way. A lot of people were out enjoying the warm weather. 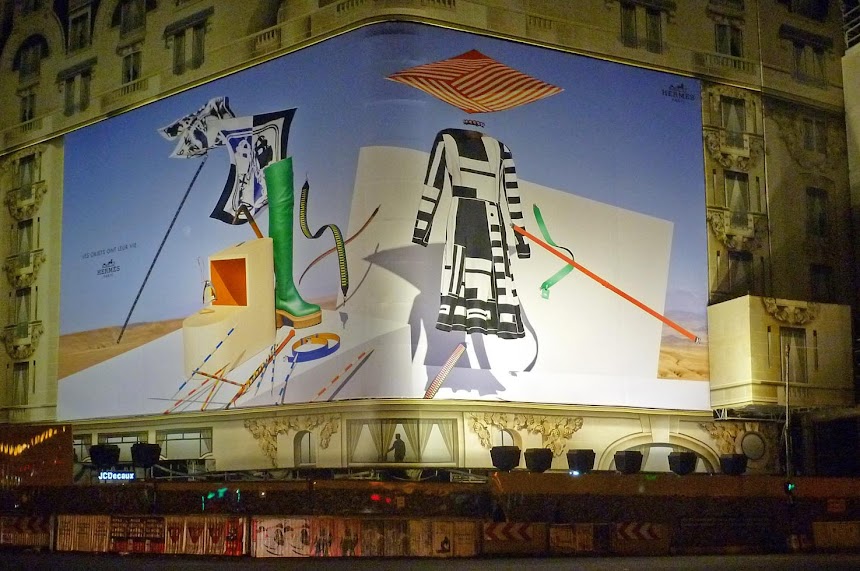 The Hôtel Lutetia (boulevard Raspail) is undergoing major renovations, hidden behind this tarp 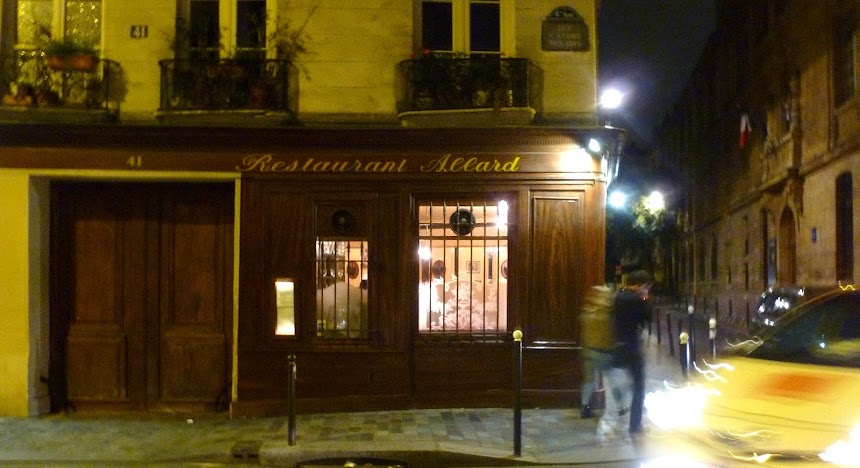 Le Restaurant Allard, a Paris institution founded by a woman from Burgundy in 1932


Finally, I crossed the boulevard Saint-Germain and, a few meters farther along, turned into the narrow, bustling rue Grégoire-de-Tours, full of restaurants that were full of young people. On the rue Saint-André-des-Arts — I was in the home stretch by then — I walked past the Restaurant Allard, where Walt and I had a memorable meal one evening 11 years ago, when we were on our way to the U.S. together for a long road trip. I had walked about 2 miles and enjoyed every minute. By 10 o'clock, I was on an RER train that whisked me back out to the airport at Roissy.
Posted by Ken Broadhurst at 07:00