The town of Beaufort (pop. 4200) was founded in the early 1700s. It's the third oldest town in North Carolina, after Bath and New Bern. Morehead City, my home town (pop. 9000), was founded in the mid-1850s, just before the American Civil War. Beaufort was always isolated by its geography, while Morehead was better connected to inland centers of population by road and by rail. 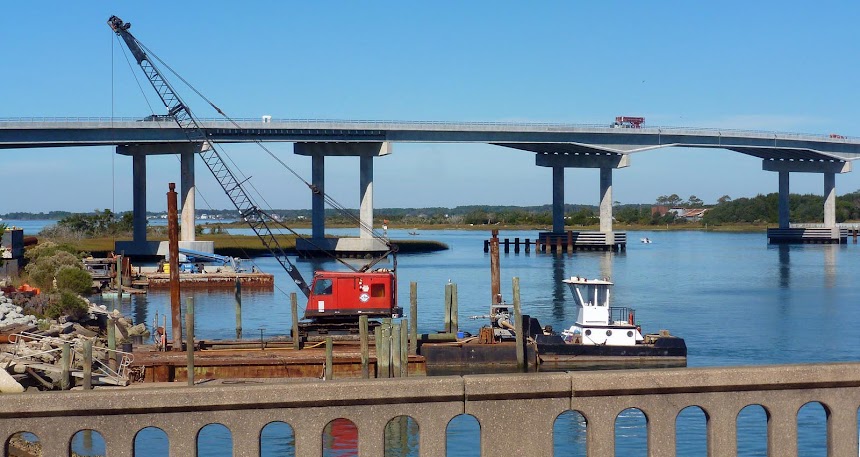 The first bridge between Morehead and Beaufort was built in the 1920s. It was two bridges, actually, and a causeway between them. Before that, boats were the main link between the two towns. The drive over unpaved roads involved going pretty far north and then back south, around a coastal river and estuary. 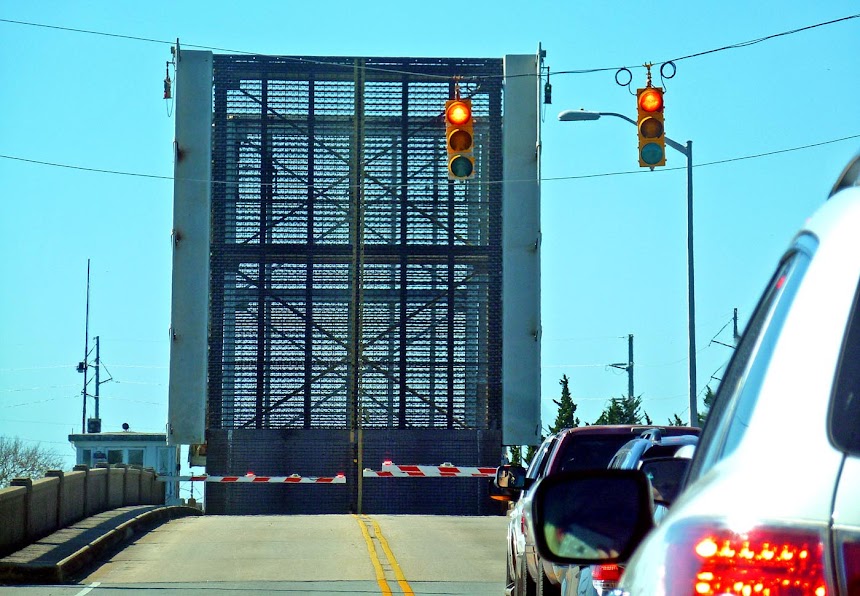 The original bridges between Morehead and Beaufort were drawbridges. As boat traffic on local waters increased over the years, the bridges became major bottlenecks. I got caught by the drawbridge yesterday afternoon, and traffic coming the other way was backed up for a couple of miles. The bridge on the Morehead side was replaced by a high-rise, fixed-span structure decades ago. Problem is, it carries only one lane of traffic in each direction.

Now they are finally replacing the little drawbridge on the Beaufort side with a high-rise, four-lane structure. It's only three or four miles, by the way, from the center of one town to the other. But the two towns were in different worlds for generations. I don't remember knowing anybody from Beaufort when I was growing up.

Above is the new Beaufort bridge, seen from the old Beaufort drawbridge. The new one is not open yet, but will be by next summer, they say. Maybe people in Morehead and Beaufort will get to know each other better. Tourists will certainly have an easier time visiting.
Posted by Ken Broadhurst at 06:30