I had less severe jet lag yesterday than on Wednesday. I slept later yesterday and even later this morning. I'm coming back to life. For me, jet lag is worse coming east toward France than it is going west toward North America. It has something to do with going against the direction of the sun instead of going in the same direction as the sun. Or maybe it has to do with spending a sleepless night on an airplane coming toward France, and not just spending an extra-long day on the plane as when going toward North America. 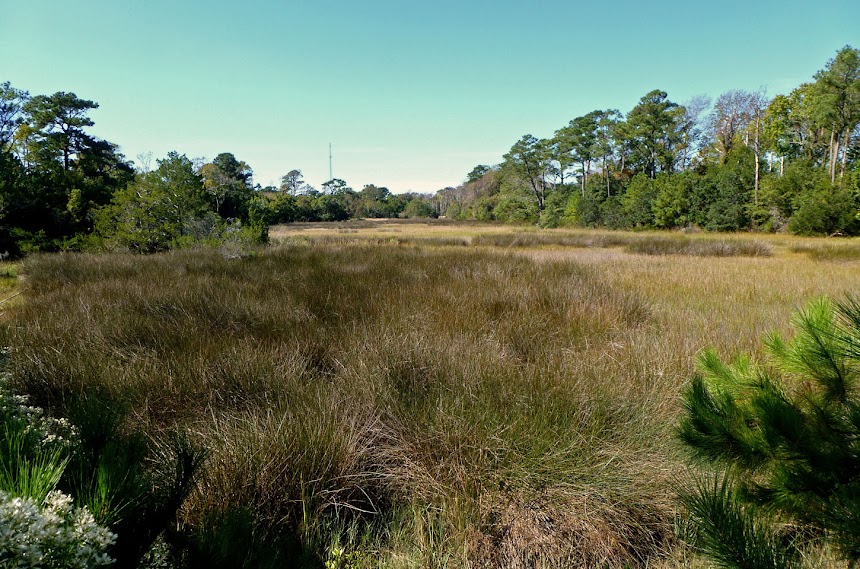 Here's where I came from: the salt marshes of coastal Carolina. My mother lives on the edge of this one, which covers the "headwaters" of Calico Creek. It's a tidal marsh. It might look like land, but it's not really land. It's salty mud, with seashells embedded in it but no rocks. And it's covered in tough grasses. 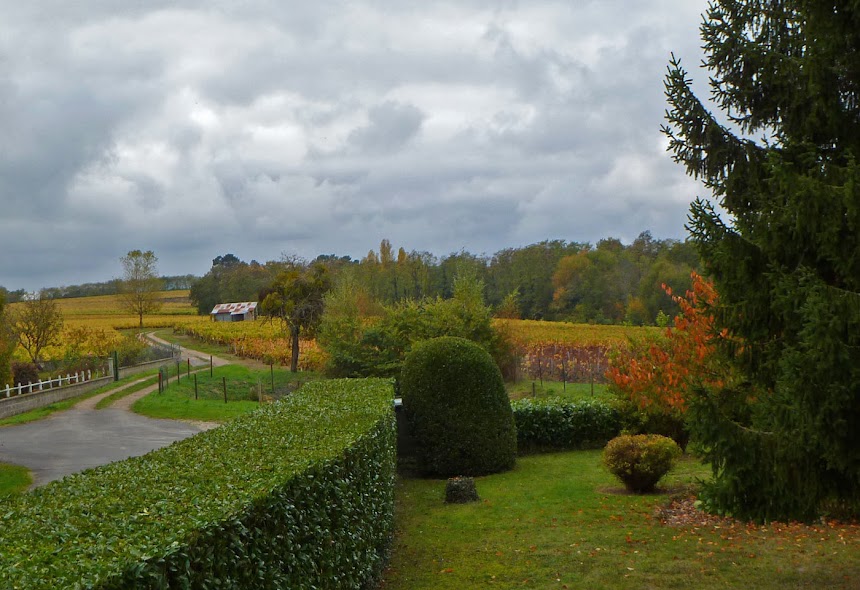 Here's where I wound up. It's the Renaudière vineyard outside Saint-Aignan-sur-Cher, in the Centre-Val de Loire region of France. This is real land. It's very dry land right now. But it will start raining soon and this will be muddy land — clay with lots of rocks embedded in it. In prehistoric times, this whole area was sea bottom, and people sometimes find fossils of mollusks among the local rocks.
Posted by Ken Broadhurst at 07:00