Salt marshes, and a tractor on the beach

This is the salt marsh behind my mother's apartment complex in Morehead City. There's a little bridge over the creek (Calico Creek) that runs through the marsh. The egret in the picture took flight as I arrived on foot at the bridge. It had been hidden in the marsh grass. Less than a mile downstream, the tidal creeks looks like this. It's lined with oyster beds, and a longer bridge crosses it at this point. The town cemetery, where my father and all four of my grandparents are buried, is on the south bank of Calico Creek. 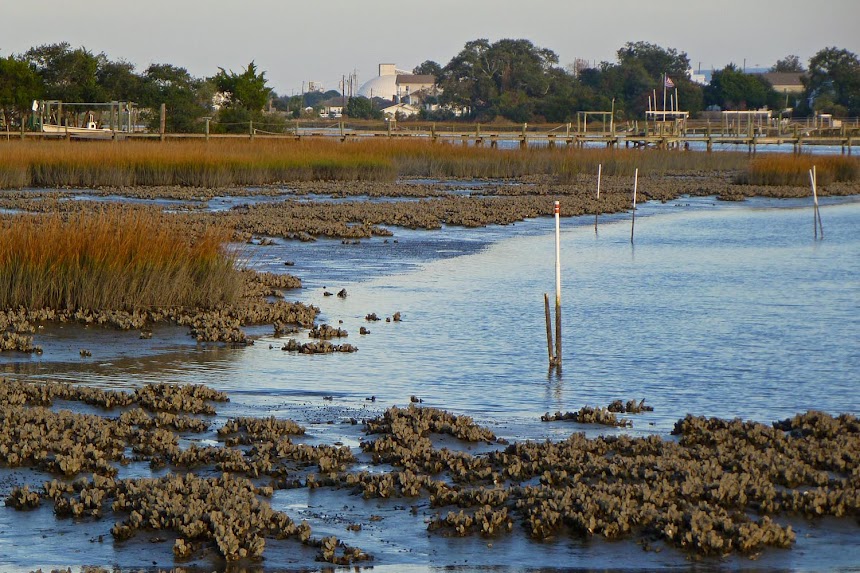 I don't believe this is the same egret as the one in the photo above. Who knows? I took the pictures on the same day but hours apart. I don't know if it would be safe to eat the oysters that live on the mudflats that line Calico Creek. 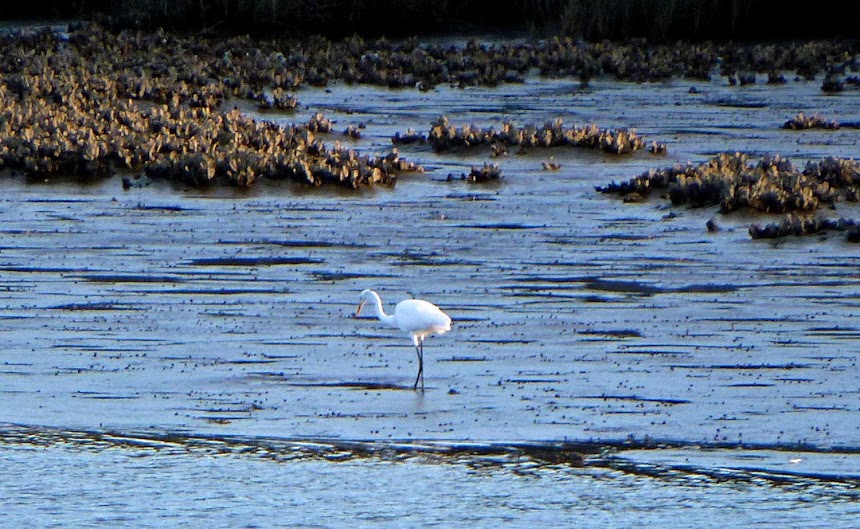 Below is a shot I took from across the sound toward Morehead. I was standing on Bogue Banks looking toward the extreme eastern edge of the town on the mainland, near the state port. There's a yacht basin with a lot of nice boats, and two big apartment (condominium) buildings. And salt marshes on the north shore of Bogue Banks. 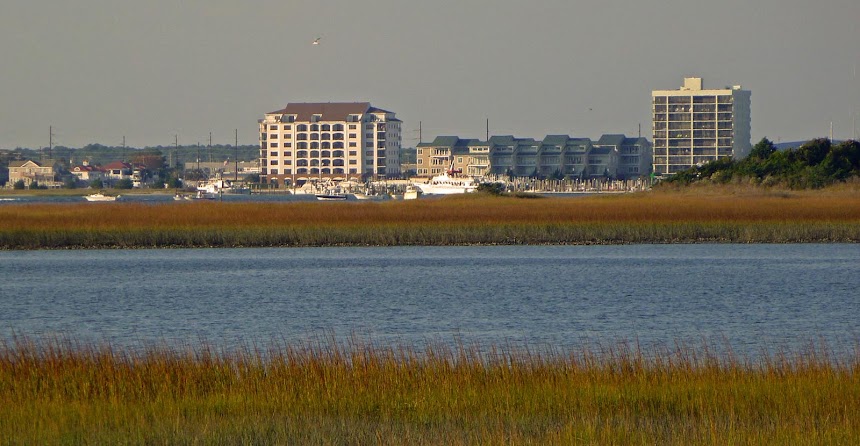 Finally, I saw a tractor on the beach at the eastern end of Bogue Banks. It's mullet season here, and the tractor does double duty hauling a skiff the fishermen can use to set out nets and then hauling the the nets up onto the beach, hopefully full of mullets.

My last full day in Morehead City is winding down. I'll drive the 3 or 4 hours up to Raleigh-Durham airport (RDU) tomorrow for my flight back to Paris and then on to Saint-Aignan by train and car. With any luck, I'll be at home in Saint-Aignan by early afternoon, French time (EST +6).
Posted by Ken Broadhurst at 06:30