I enjoy taking pictures out the window of the passenger planes I fly on. On the way from Europe to North America, I often choose a window seat just because using my camera this way is fun. The other passengers probably think I'm a rube. Tant pis. Below, we were sitting on the runway at CDG, waiting to be cleared for takeoff. 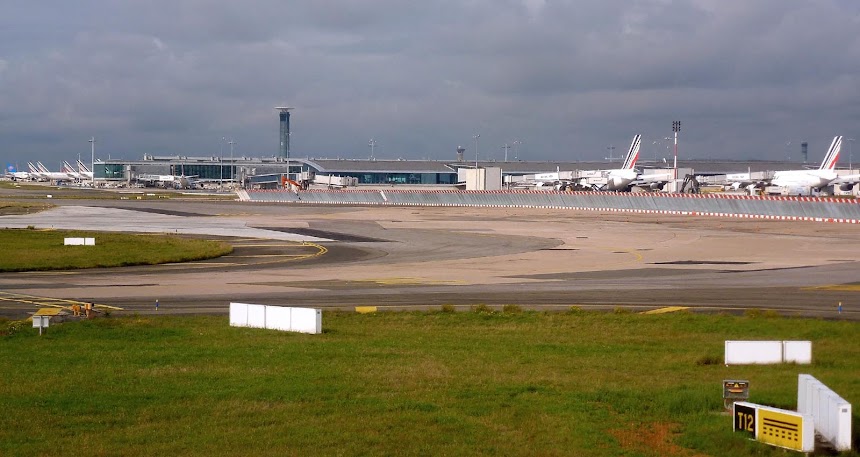 You might just skim these really fast because I don't have a lot to say about them. I don't know what town or towns I photographed, but I do know they are very close to Charles de Gaulle airport, which is a few miles northeast of Paris, and we were still pretty close to the ground. 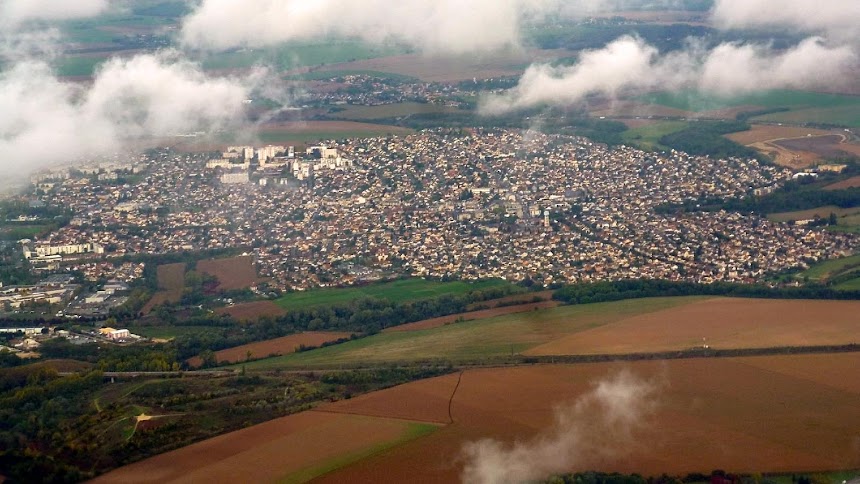 We flew north out of France. I expected to fly over Normandy, but instead we flew to the east over the Picardy region. That's according to the flight tracker you can call up on the seatback entertainment screens. 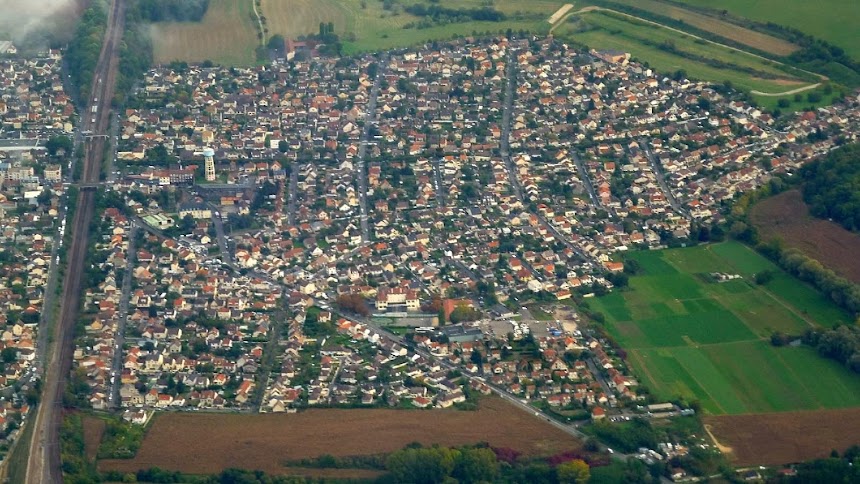 We were above the clouds pretty fast. I saw on the screen that we flew over the Baie de Somme, which is part of the English Channel, but be then clouds blocked my view. Walt and I are talking about going to spend a long weekend on the Baie de Somme next spring. 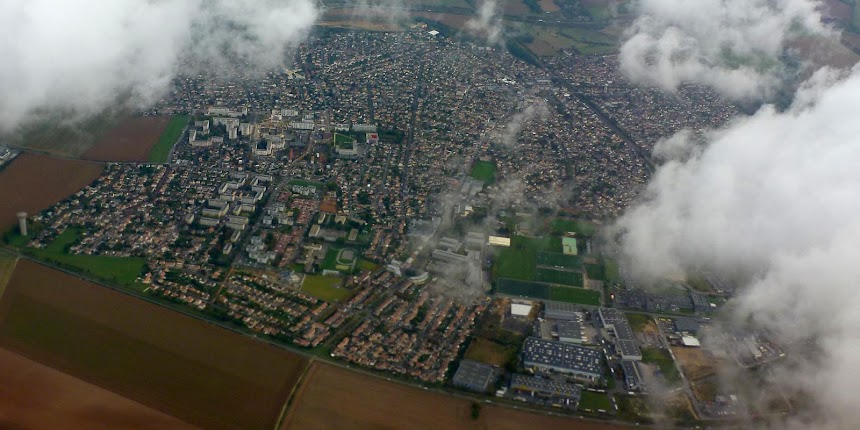 What is interesting about these photos (maybe) is that they show how compact and densely built-up the French towns are. The maximum amount of land is left for agricultural use. Urban sprawl is much less prevalent than in the U.S.