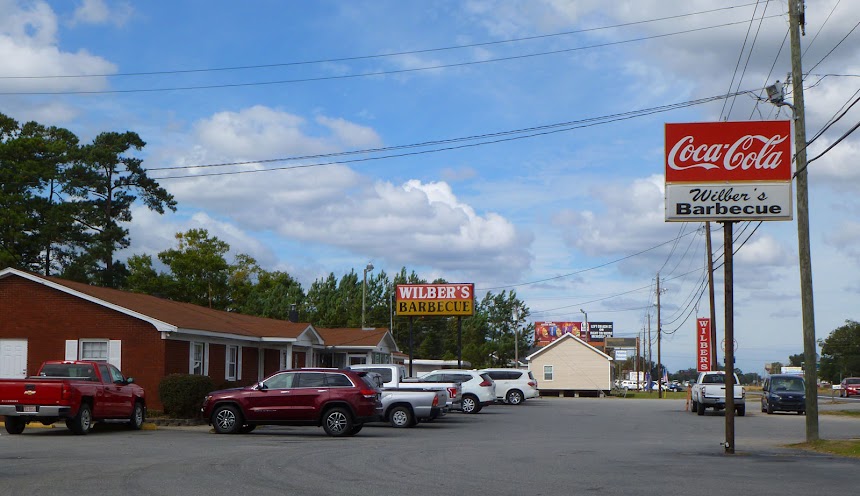 On my 3½-hour drive from the coast up to RDU airport on Monday, I made just one stop. I got off the new high-speed highway at Goldsboro, N.C., and I headed for Wilber's Barbecue restaurant. It's one of the best in North Carolina, in my opinion. I've been going there since the late 1960s, because back then my father would drive me from Morehead City up to Duke University in Durham, where I was a student. He loved Wilber's pit-cooked, eastern N.C. barbecued pork, and so do I. The whole cuts of pork are basted with sauce as they barbecue, and then the meat is shredded ("pulled") and sauced some more while warm. 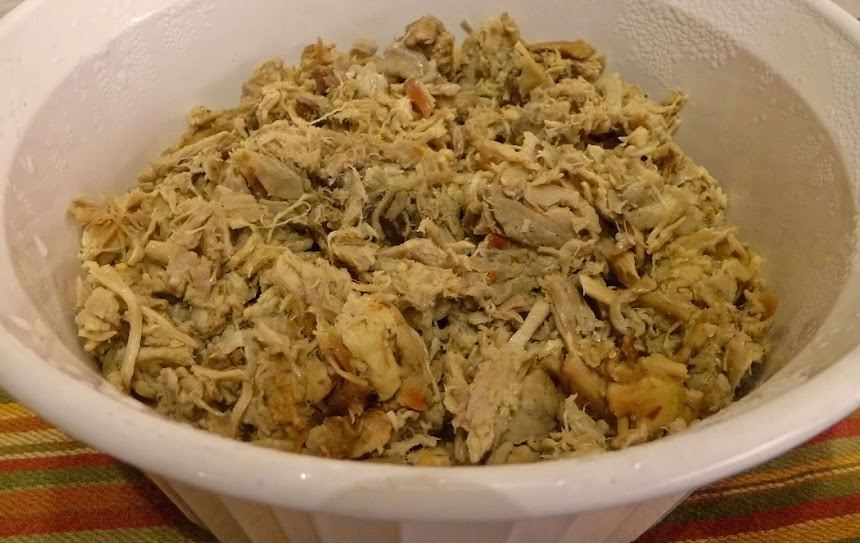 
I bought a pound (450 grams) of the spicy, pulled pork and asked the man selling it to put it directly into a zip-top bag that I had put in my suitcase for the purpose. I flattened the barbecue out and put the bag in my suitcase for the trip back to Saint-Aignan. Coincidentally, Walt had taken some of my home-made pulled pork out of the freezer over the weekend, and there was some left over. So today we are going to taste Wilber's barbecue side by side with the pork I make in the slow cooker using eastern N.C. sauce, and we'll see how different they are. 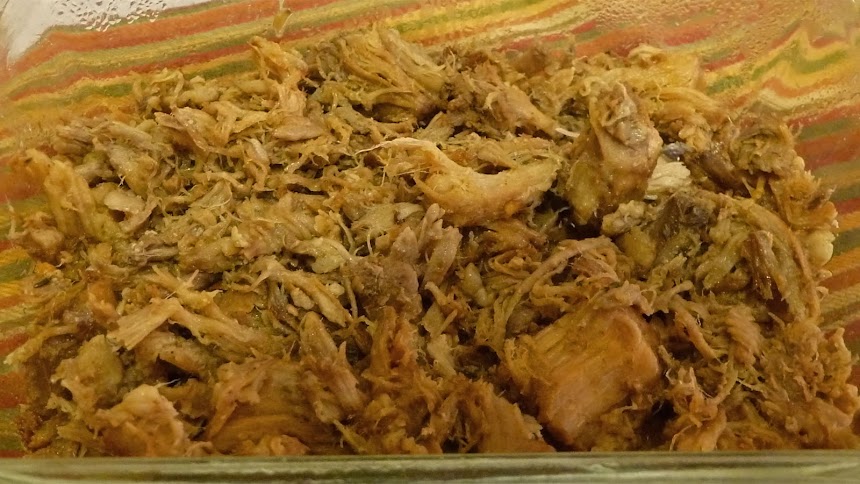 
It may well be that I am too jet-lagged to be objective about the barbecued, pulled pork. Wilber's barbecue is cooked for 8 to 10 hours in a smoke house over oak and/or hickory coals. My barbecue has been frozen, while theirs has not. Anyway, Walt also made a batch of his good cole slaw to go with it, and we have French fries to cook. It'll be a good meal, whether or not the difference between the two versions of barbecue is clear or not. 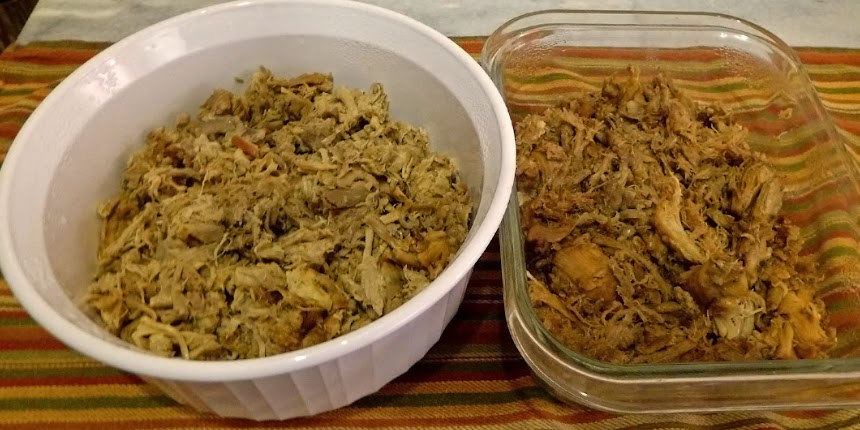 Side by side — Wilber's on the left, mine on the right 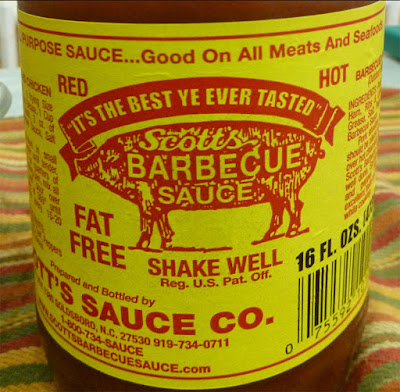 I also brought back a bottle of eastern N.C. barbecue sauce made by the Scott's Sauce Company, also located in Goldsboro. Scott's used to operate a restaurant, but it went out of business a few years back. Now it's a company that makes and sells Scott's sauce in N.C. supermarkets. The ingredients listed on the label are vinegar, water, salt, peppers, and spices. Don't think the pork tastes vinegary, though. It's spicy hot.


I wonder how many people in France have a bottle of Scott's BBQ sauce in their pantry or fridge...

Think of N.C. pulled pork as a kind of French pork rillettes but with less fat and more spice, served hot. Or as Mexican carnitas without the cumin.