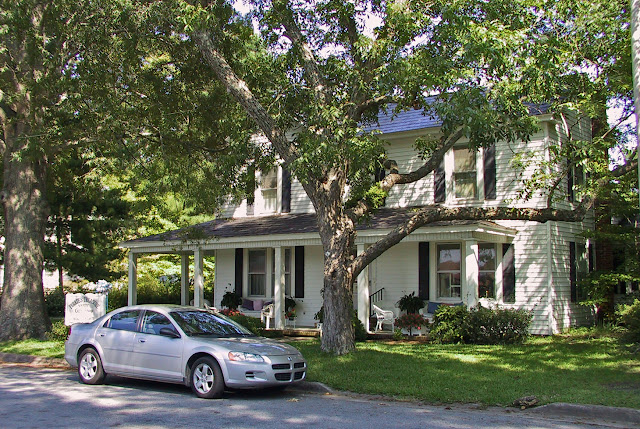 Bath is of course a famous and beautiful town in England. It is also the name of the oldest town in North Carolina. Bath NC was founded in the year 1705, 120 years after the first attempt by the English to set up a colony in North America. That colony was also in North Carolina. The English had better luck with colonies in Virginia and Massachusetts, to the north, in the early 1600s. 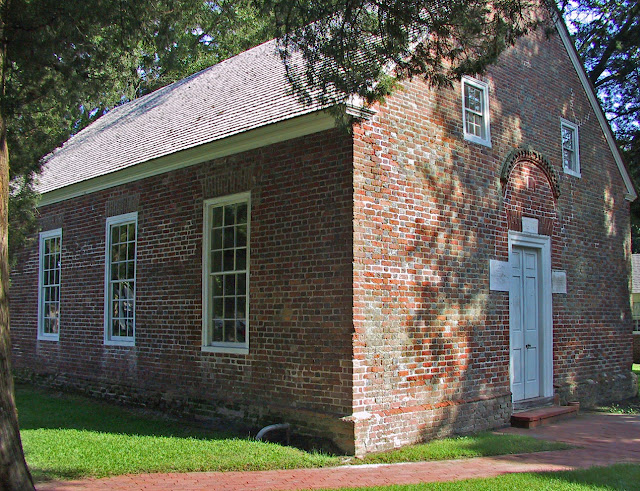 Bath was a port town in the days when boats were a lot smaller than they are nowadays. The town is located on NC's "inner coast" — the shores of all the sounds, creeks, rivers, and estuaries that are protected from ocean waves and storms by the NC Outer Banks barrier islands. It was known for pirate activity, including that of part-time resident Edward Teach, known as Blackbeard, who was killed at Ocracoke in 1718. 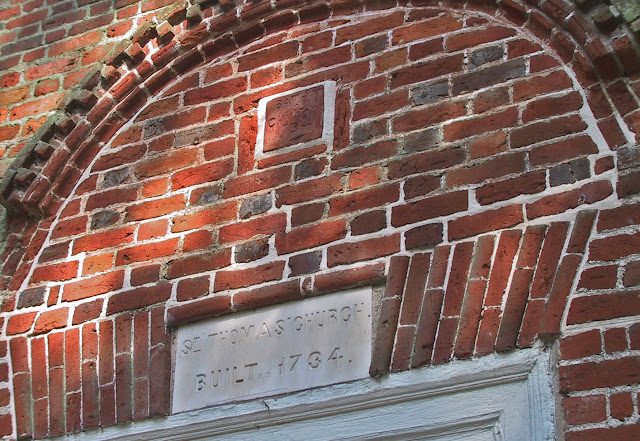 Bath has a population of fewer than 300 people these days. There are a few historic buildings in the town, including the oldest church in NC. The Saint Thomas church is a brick structure — remember, the NC coast is all sand, with no stone or rocks — and was built in 1734. 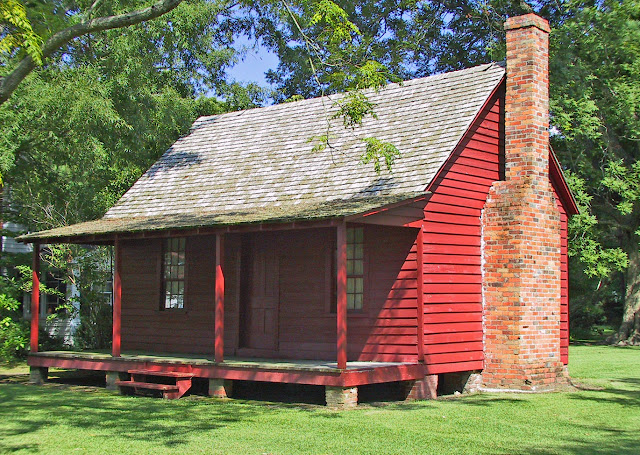 Bath was gradually eclipsed by two other towns that were founded a little later in the 18th century. The nearby town of Washington turned out to be a better port, and Bath saw its traffic decline. A little father south, the second oldest town in NC, New Bern, on the Neuse River, was chosen as the capital city of the North Carolina colony by the British authorities. 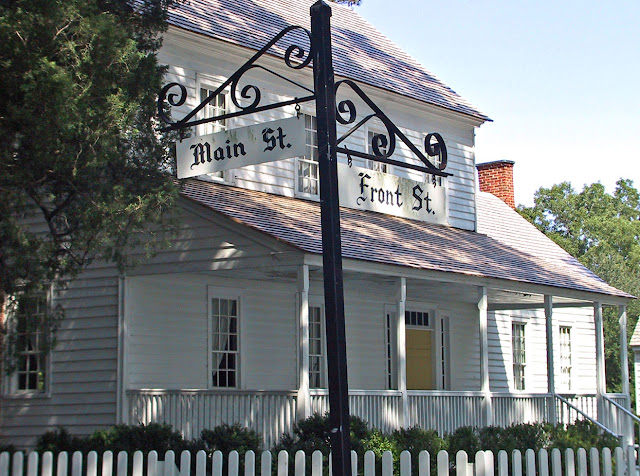 I took only a few photos on the day in September 2002 when my mother, sister, and I drove up to Bath from Morehead City. The drive included at least one ferry ride. I can't remember if we also took the ferry that crosses the Pamlico River near Bath, or whether we drove around through "Little Washington."
Posted by Ken Broadhurst at 06:30