Out to the beach again

This is one end of what we called "the main beach" when I was growing up in Morehead City. It's the beach in the town of Atlantic Beach (pop. 1500), founded in the late 1800s. The first bridge from Morehead City to the beach was built in 1928. 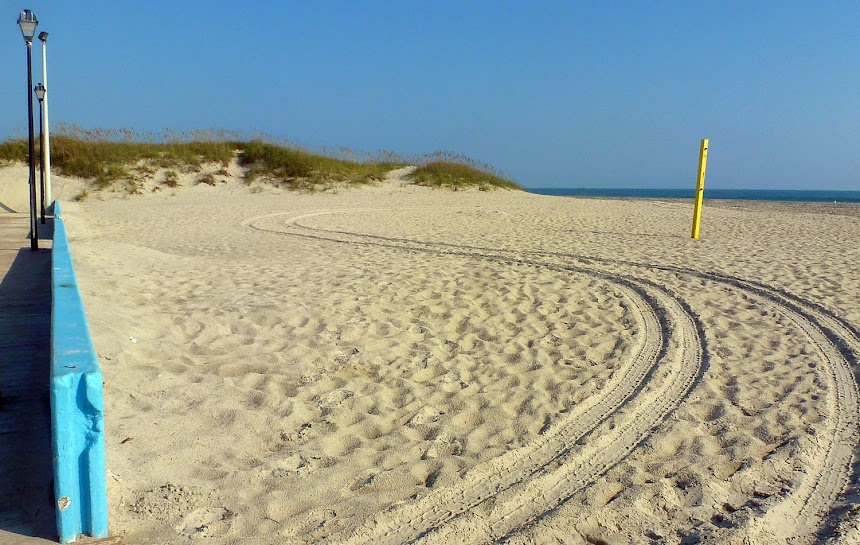 Sometimes I think Europeans must wonder why ice, and not just drinking water, is such a big deal in the U.S. when there are power failures — after hurricanes, for example. Well, it's because of the hot climate. Europe is basically a cold place compared to the southeastern U.S., where ice is not a luxury. 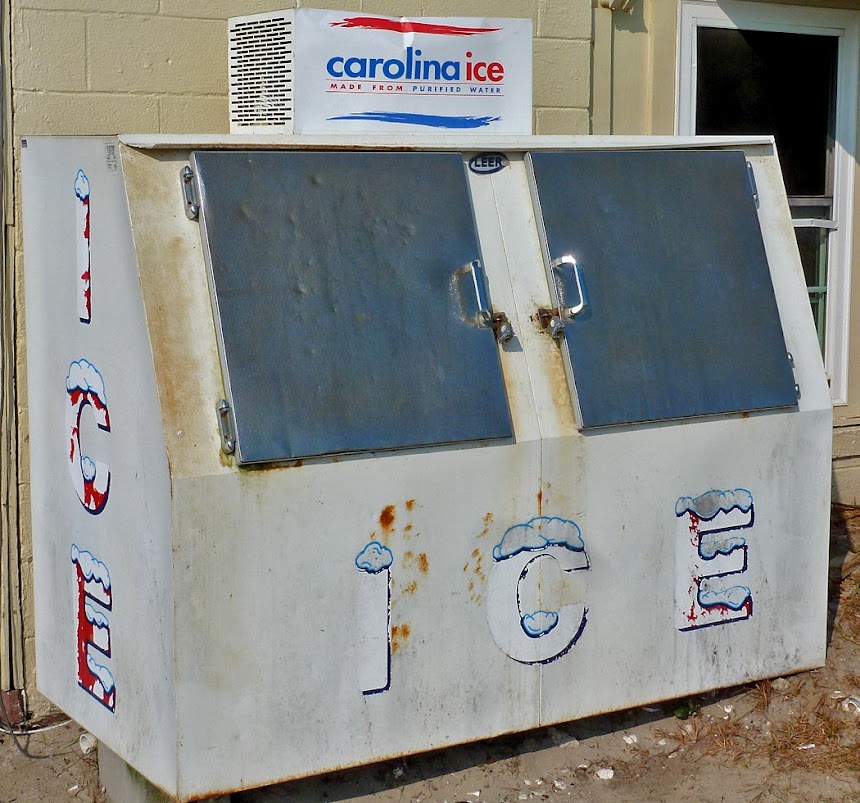 Off the beach are the trawlers. This one was just barely visible to the naked eye, but my camera's zoom lens could see it. In fact, there are two of them. I don't know if they are fishing or shrimping. 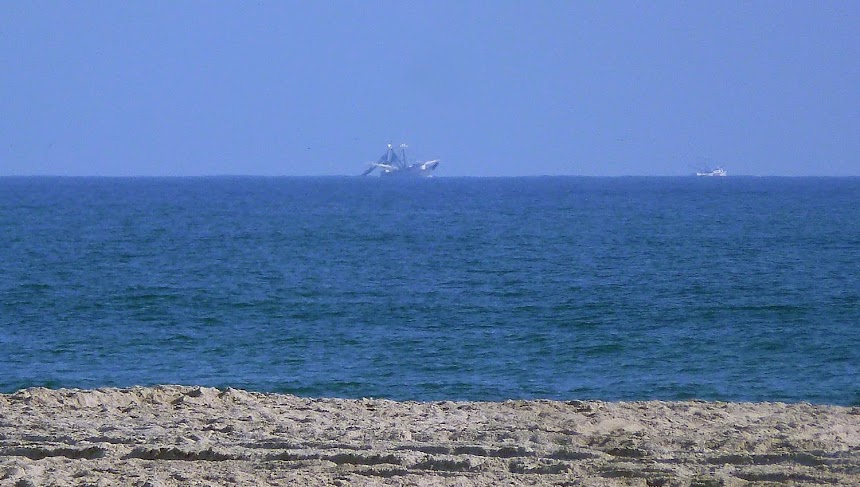 Not all beaches are as hospitable as the main beach on Bogue Banks. Down at the eastern end of the barrier island is Beaufort inlet, the break in the islands that lets boats and ships enter the port terminal at Morehead City. Swimming, surfing, or even wading in these waters is forbidden. 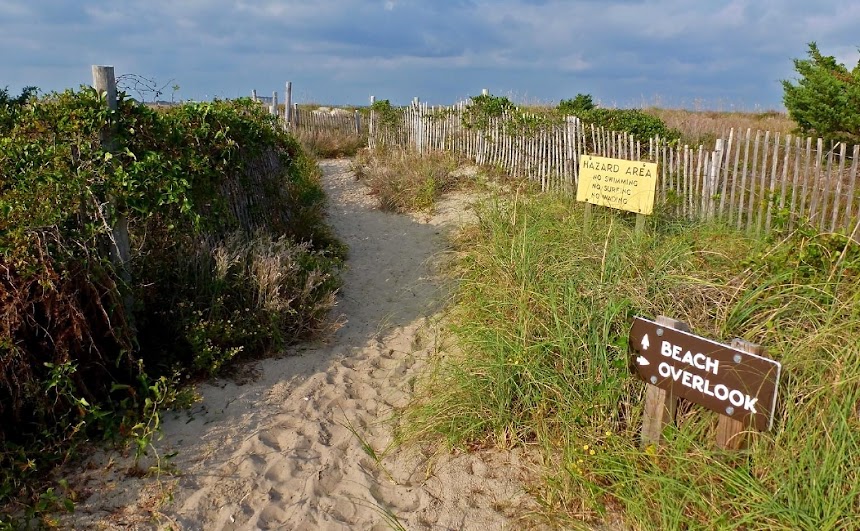 We are still busy after the move, unpacking and organizing the new apartment. I'll be here in North Carolina for another week before flying back to Paris and continuing to Saint-Aignan. Leaving home to go home, as I like to say.
Posted by Ken Broadhurst at 06:30