On Bogue Sound in North Carolina

Bogue Sound is a body of salty water a mile wide and 25 miles long on the central North Carolina coast. It's shallow, and on each end — east and west — the sound is open to the ocean. It's part of the Intracoastal Waterway that runs from New England to Florida, and it's not a canal but a natural body of water. 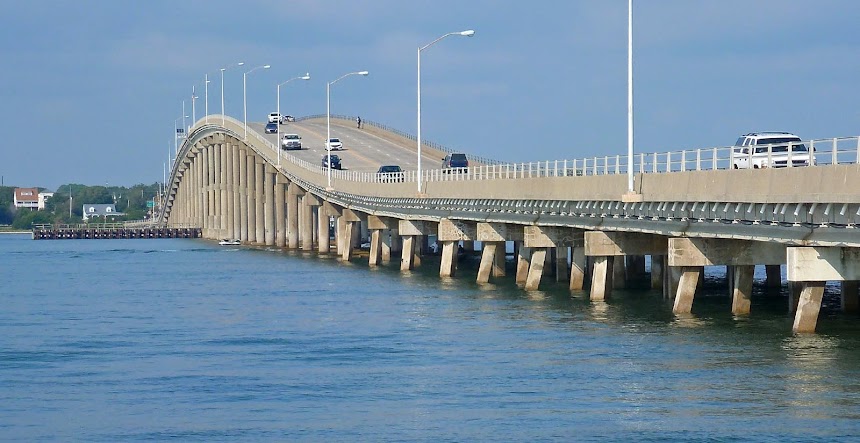 What separates Bogue Sound from the ocean is a barrier island called Bogue Banks, and the southern shore of the island is 25 miles of unbroken sandy beach. There's a state park on the east end, and there are four or five resort towns along the length of the island. 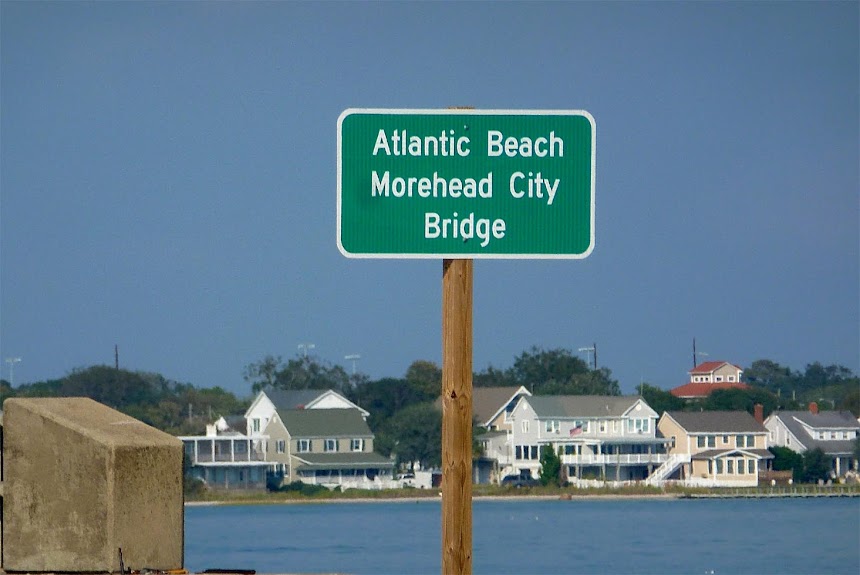 The two main towns on Bogue Banks are Atlantic Beach and Emerald Isle. There are bridges like the one above on each end of the island. On the north side of the sound is the mainland (if you can really call such low-lying territory "land") with the town of Morehead City on the east end and Cape Carteret on the west end. 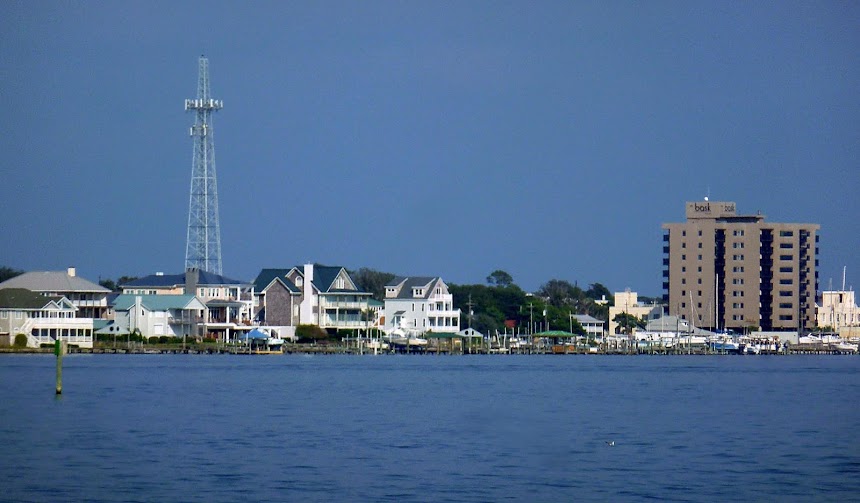 Morehead City (pop. 8,000) has grown up quite a bit since I lived here in the 1950s and '60s. One of its main features is its port terminal, one of the two deep-water ports in North Carolina that can accommodate ocean-going vessels. The big brown building in the photo above is a hotel that stands on the site of the little hospital where I was born in 1949. 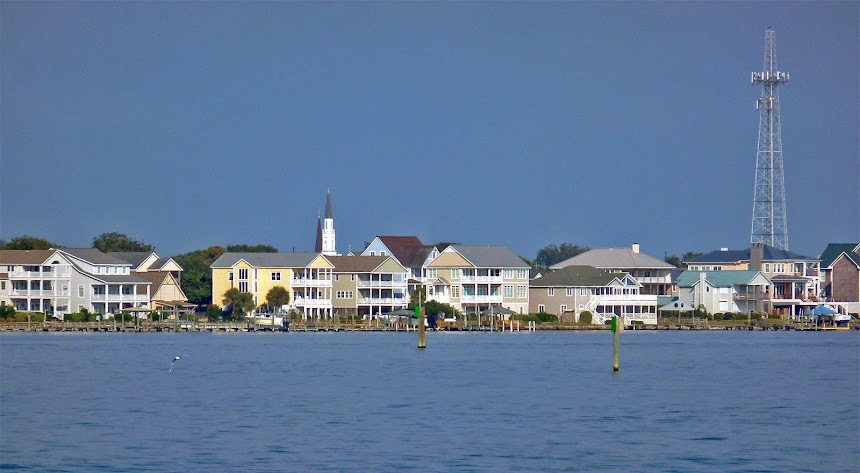 A lot of the big houses along the shore in Morehead at along the Bogue Banks beach are what we've always called "summer cottages."  The first cottages built in the area, 60 or 75 years ago, were for summer use only and didn't even have heating of any kind, I believe. Or air conditioning either. Now they are equipped with all the modern conveniences, of course.
Posted by Ken Broadhurst at 06:30