In my mind I'm going to Carolina. Or getting ready to go. Everything I'm doing right now is part of preparing for the trip. All my tickets were bought and reservations made weeks ago. I've been shopping for a few little presents to take home. And thinking about what I need to take with me in the way of clothes. Not much. 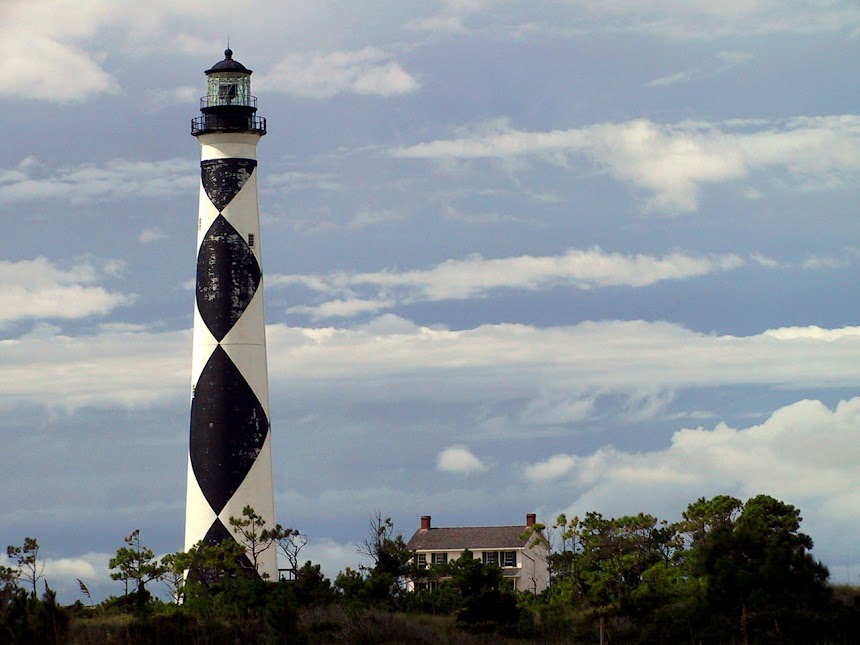 The Cape Lookout lighthouse and the old lighthouse keeper's residence


I can't take much anyway because I'll be traveling with a small suitcase this time. I used to go to North Carolina with two big suitcases, back in the day when you could check two big suitcases at the airport without paying anything extra. I took the cases over there almost empty and brought them back full. Morehead City is a kind of shopper's paradise compared to Saint-Aignan. 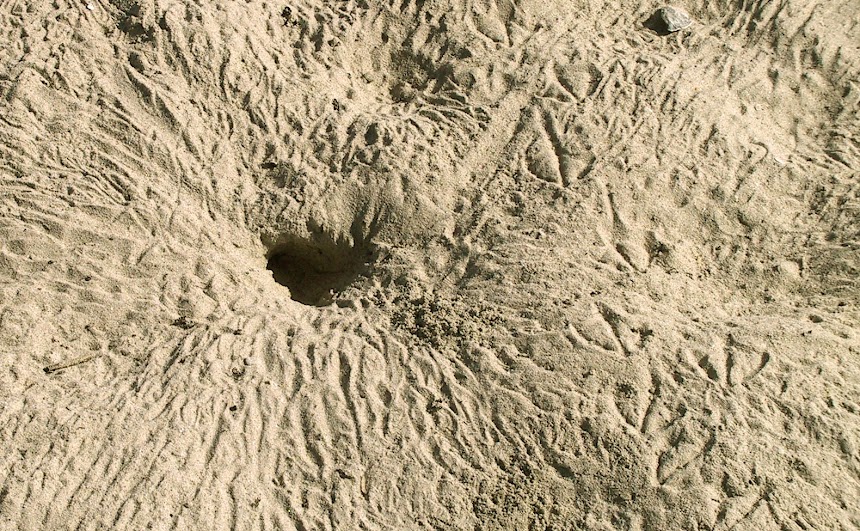 This is a ghost crab's burrow on a North Carolina beach. I can see that a bird has recently walked by.


As we've settled in here in the Loire Valley over the past 15 years, we've felt less and less need to bring so much stuff back from the U.S. However, the fact is that we live in a place where there's really good food and wine, but not much else to shop for. Unless you're willing to drive 45 minutes up to Blois or an hour over to Tours, and I'm not — at least not often. I spent so much of my U.S. life behind the steering wheel of an automobile, either commuting daily or driving really long American distances, that I'm not eager to live like that any more. I do most of my shopping on the internet now. 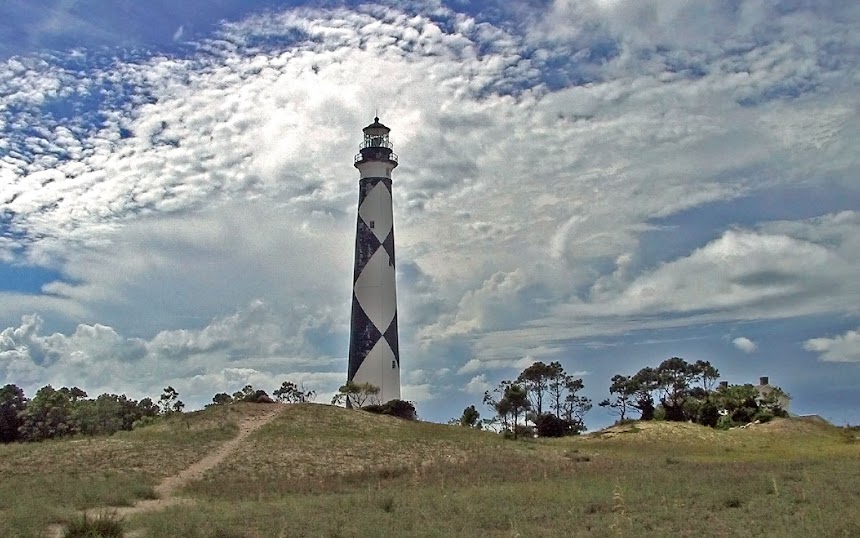 
Because you need to try things on before you buy them, I still buy clothes and shoes on my trips to the N.C. You can't try on an Amazon purchase. In the U.S, clothes and shoes are a lot less expensive and of very good quality compared to what I see here. Really, about the only place to buy clothes or shoes in Saint-Aignan or nearby towns is at the supermarkets. And they're not huge stores like a giant Walmart (for example), so the selection is limited. There's nothing like a K-Mart here. The clothes aren't really cut to fit my American body, either. 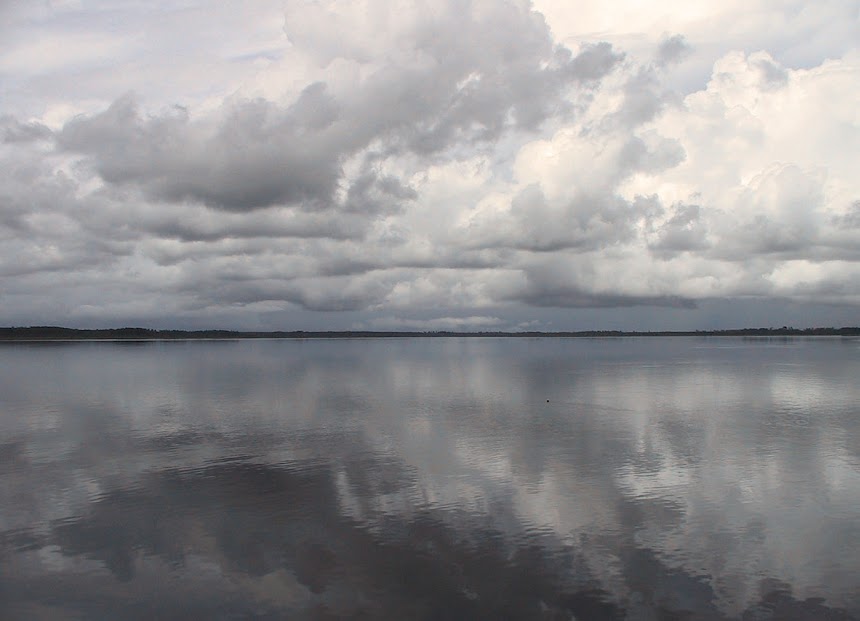 I've posted this photo before. I took it on the shores of North River near the Down East N.C. community called Otway (pop. 400).


Anyway, here are some photos of Cape Lookout lighthouse in the area we call Down East in Carteret County, N.C. Living in Saint-Aignan is a little bit like living Down East in a place like Atlantic or Cedar Island. You have to drive an hour or so on curvy roads to get anywhere. You'd have to live there, or here, to understand. It's a different reality. 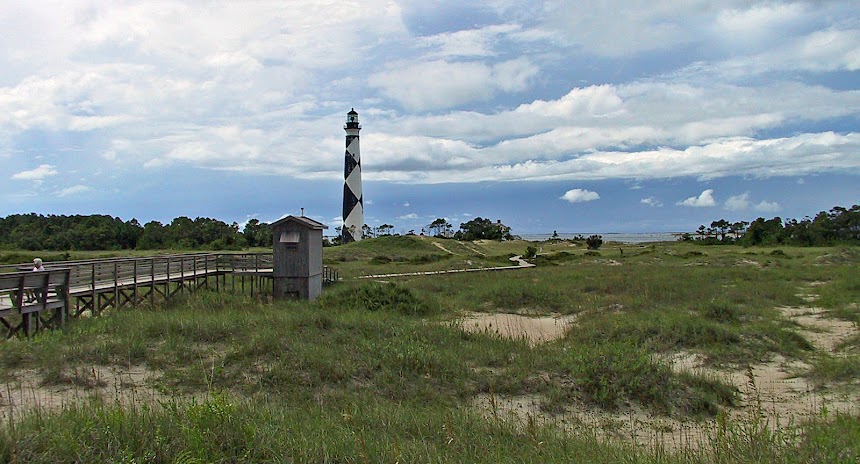 You can walk from the sound side to the ocean side of Core Banks on a wooden boardwalk. That's my mother on the left, sitting on the bench.


On this trip, I'll be helping my mother move from one apartment to another in her retirement complex, so I probably won't have a lot of time for shopping. Or cooking. Or driving around (except the three-hour drive from the airport down to the coast, and back). I'm looking forward to being there, and already looking forward to coming back to Saint-Aignan in a few weeks.
Posted by Ken Broadhurst at 07:15