The natural things are just starting to happen out in the vineyard. All the human-driven things — vine-tending, including pruning, chipping and grinding the trimmings, and repairing support posts and wires  — are done now. Leaf buds are breaking out all over. The vines are waking up. 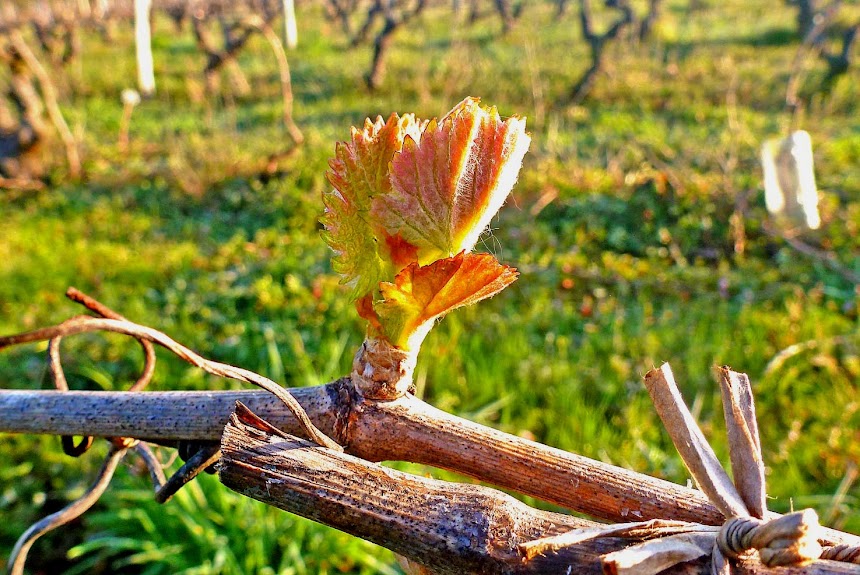 Now the weather is supposed to turn chilly again. Maybe that will be better for the vines. You don't want them to get ahead of themselves and produce flowers too early. According to predictions, we'll get two more nice sunny days, and then rain overnight Thursday followed by much lower temperatures for the weekend and all next week. Low temperatures in late April and early May explain why we don't set plants outdoor in the garden until about May 15. 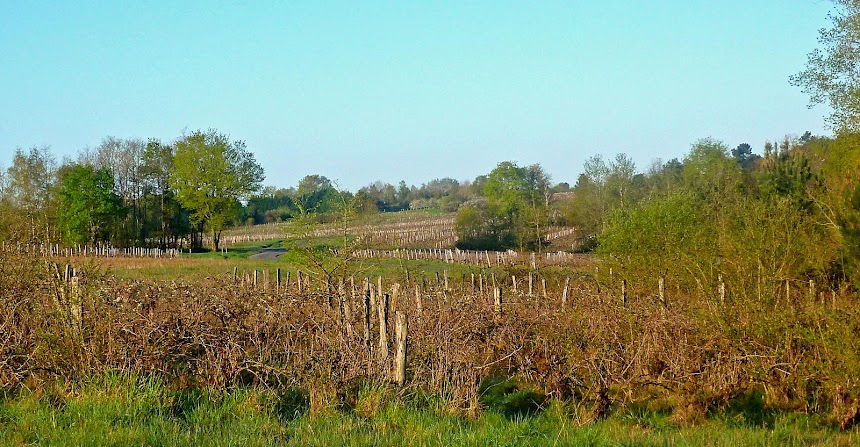 Yesterday was the first day in I-don't-know-when that Callie didn't need a bath when we came back from the afternoon walk. I compare the poor dog to the character Pigpen in the Charlie Brown cartoons — sand and mud and burrs just seem to jump up and stick tight to her, especially when her fur is wet.
Posted by Ken Broadhurst at 07:00