The man we usually go to for white asparagus this time of year, at the market in Saint-Aignan, didn't have very many bunches to sell on Saturday morning, and they were not only skinny spears but expensive (8€/kg). He and his son grow asparagus and strawberries on the other side of the river from Saint-Aignan, in the area of forests, small lakes, and sandy soil known as La Sologne. Maybe (surely) the weather conditions haven't been favorable. He didn't have any strawberries on his table at all. 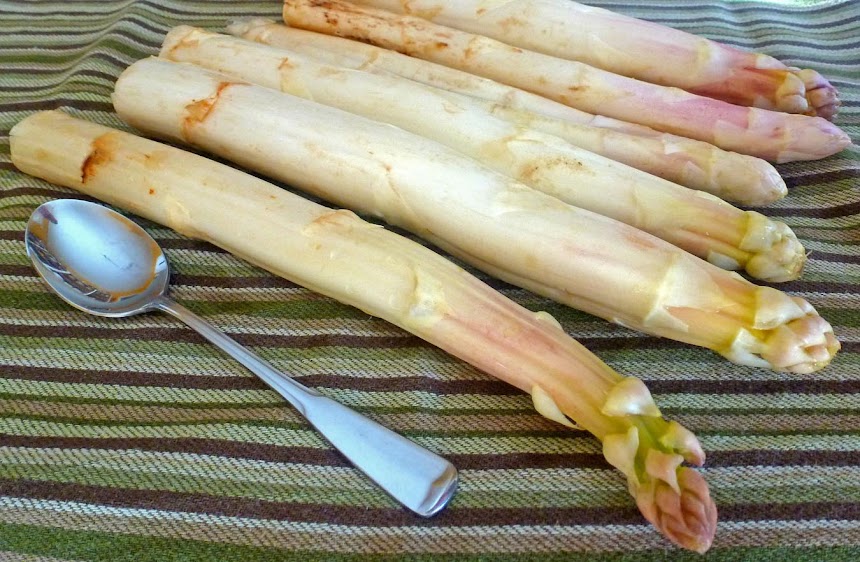 I didn't talk to him on Saturday because he had other customers to wait on, and rather than just stand there, I decided to walk around the market to see who else might have asparagus to sell, and for what price. A produce vendor we don't often buy from had big crates of very fat white asparagus spears on display. At 9€/kg — $4.60/lb. in U.S. terms — they were even more expensive, but I decided to buy some anyway. One other vendor had bunches of skinny green asparagus, but they were a lot more expensive (12€/kg)  and didn't tempt me. The green and white varieties are the same plant; they're just grown differently. 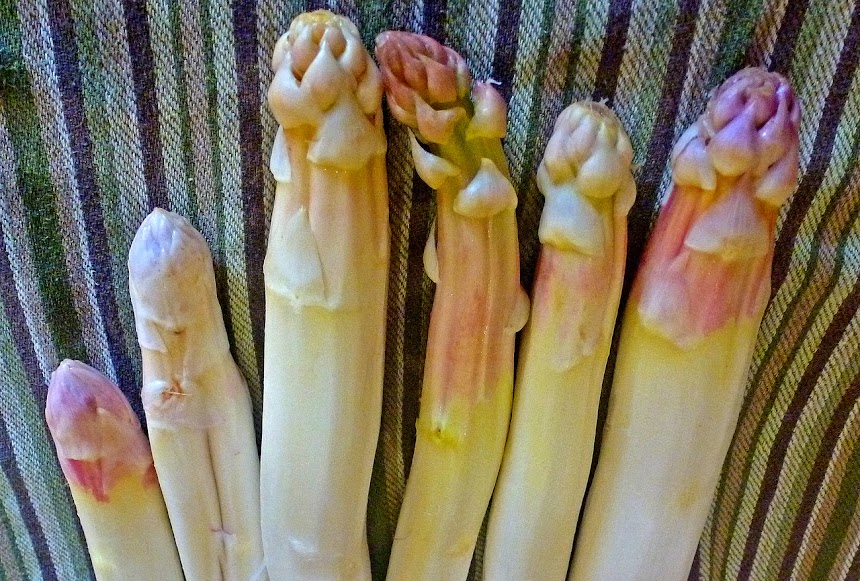 To prepare white asparagus spears for cooking, you have to peel them. Their skin is tough but thin. When you get really fat spears — some of the ones I bought were an inch or so in diameter — it doesn't take long to peel enough to serve two people. We cooked six spears, but we ended up eating only four. That was plenty — the six spears weighed about a pound (450 grams), and we'll have the other two today or tomorrow. 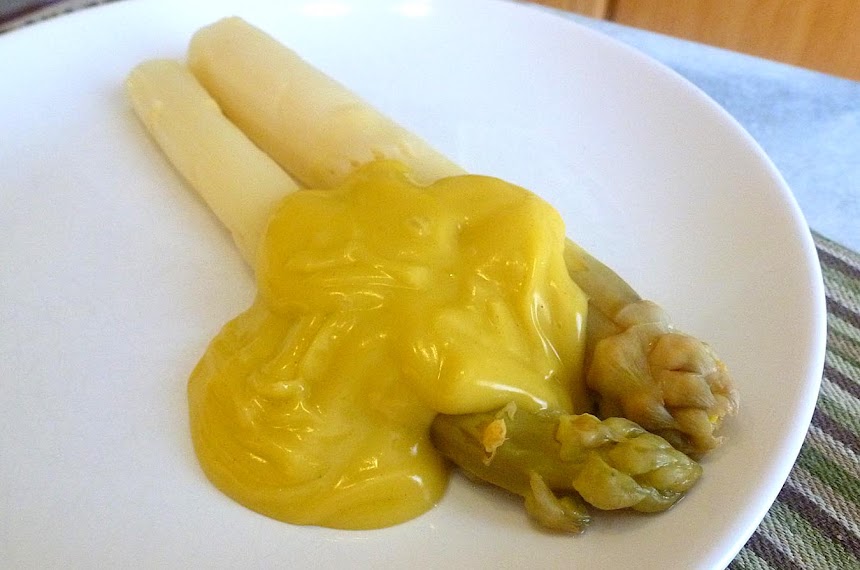 We decided to cook the asparagus by simmering the peeled spears in water in a pan and then ate them with home-made mayonnaise. The other options would be to have them with melted butter or a good vinaigrette. Mayonnaise is pretty easy to make once you get the knack, though, and it's very different from mayonnaise you buy in jars or tubes at the supermarket. Yes, in tubes, like toothpaste tubes. 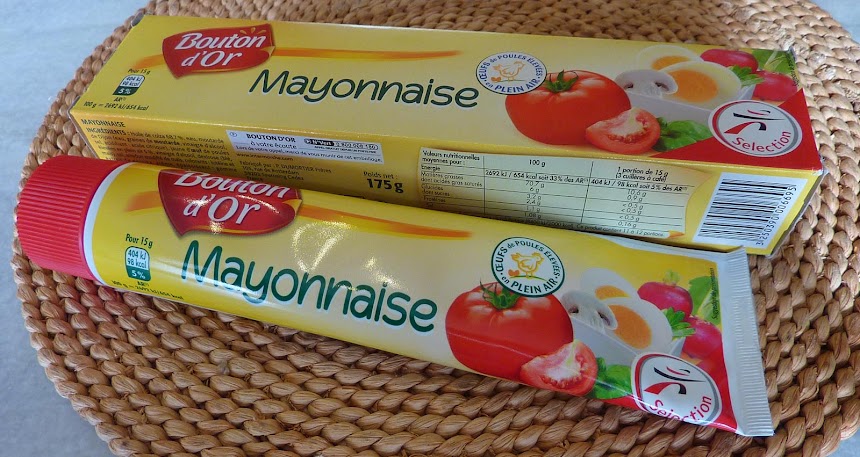 Store-bought mayonnaise is good for many uses (tuna salad, pimento cheese, ranch or thousand island dressing), but when you want to serve plain mayonnaise with a simple ingredient like hard-boiled eggs (œuf dur mayonnaise), fish, asparagus, or artichokes, the freshly made stuff is much better. For tomorrow I'll do a post about the method of making fresh mayonnaise that I learned from a French friend back in 1973.
Posted by Ken Broadhurst at 07:30