...is good newsiness, as Walt writes on his blog. In this case, I'm not sure. To recap, yesterday a French Chronopost delivery man brought me a package I didn't expect. He said it was urgent — an express delivery. 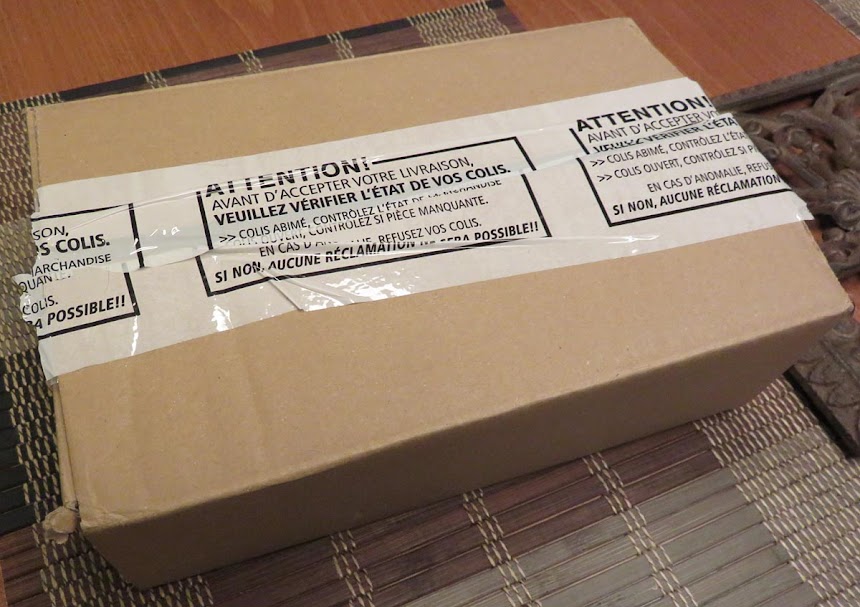 Now the first thing I ought to say is that I would never pay for urgent or express shipping, you know. I'm just not in that much of a hurry now that I'm retired. And I live, as they say, on a fixed income. The second thing I want to say is that I'm not making this up. 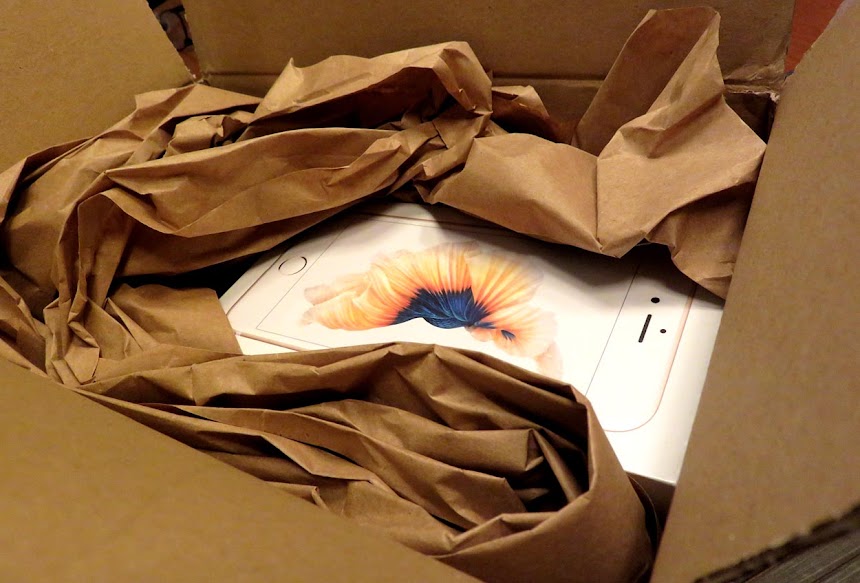 The only thing I've ordered recently that would have fit into the box the delivery guy handed me is a book — Jean-Pierre Coffe's 2015 autobiography called Une Vie de Coffe. I couldn't believe a book vendor would send me anything express, because I hadn't paid extra for delivery. I expect to receive the book on Monday or Tuesday.

When I got back into the house and opened the box, I was assuming it was a delivery from Amazon. Above you can see what I saw when I opened the package. What I saw didn't look like the cover of the book I had ordered. Then a look at the packing slip showed me that the package had not been sent by Amazon.fr at all. 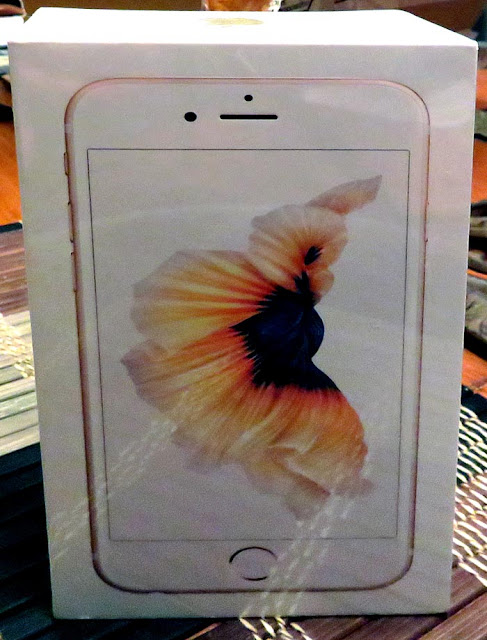 An iPhone! I actually bought a new cell phone 5 or 6 weeks ago, so I definitely hadn't ordered another one. Looking it up on the seller's web site, I was stunned to see that whoever paid for it had laid out 931.62 euros for the purchase. As I've said, that's a thousand U.S. dollars or more. The cell phone I bought in February was a Samsung model that set me back all of 25 €. That's more my speed.

I called the seller of the iPhone and talked to two different support or customer service representatives. They told me they could see that I hadn't paid for the phone with my own bank card, and they said somebody had apparently hacked into my account with the company and placed the order. Whoever paid for it botched the delivery address, I guess.

One of the reps said I would receive an e-mail in just a few minutes authorizing the return of the merchandise and including the pre-paid mailing labels and everything else I'd need when I took the package to the bureau de poste. As of this morning, there is still no e-mail from the seller. Also, there's no sign of any suspicious activity on any of our bank accounts in France or in the U.S. It's still a mystery.

A few minutes ago, I spent some time looking at the seller's web site. In tiny print at the bottom of a page, I found a link to a form I can fill out and send back requesting a return of merchandise authorization. I'll try doing that this morning and see if I can get noticed by somebody there. The company is in the Lyon area, I believe.
Posted by Ken Broadhurst at 07:15