I've been waiting for the other shoe to drop. According to the dictionary, that means I've been "awaiting a seemingly inevitable event, especially one that is not desirable." The other shoe dropped last night. Fairly late in the evening, I got an e-mail from the security department at my bank — credit union, really — in the U.S. I called the bank. The man on the phone told me there had been a suspicious attempted transaction on my Visa card and wanted to know if I was aware of it.

I told him that, yes, I knew it might happen and told him about the mysterious iPhone I received last Friday. He asked me some questions — birth date, address, telephone number, last four digit of my Social Security number, the security code on the Visa card, and so on. He wanted to verify another couple of recent transactions on the credit card. I confirmed that those were legitimate. 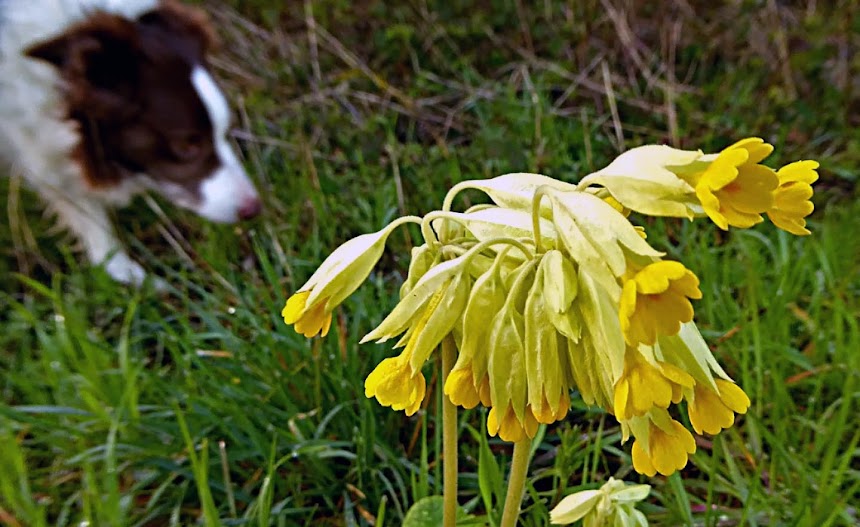 And then he said he was going to close the account immediately and send me a new card, with a new number. He said the suspicious transaction had to do with an attempted payment to a PayPal account. That's all the information I got last night. I might call and ask a few more questions today. 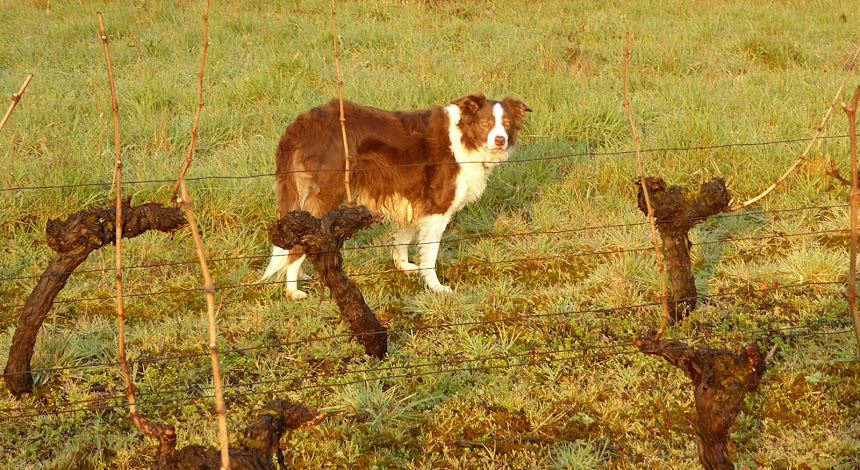 Earlier in the day, I had written to the company that sent me that expensive iPhone out of the blue last week (see my posts here over the past few days). I'll still be curious to read the answers to the questions I asked in my e-mail. However, I'll probably never know exactly what happened. I have to send the iPhone back, of course, and I guess I should change the password on some other accounts I have on on-line shopping sites. 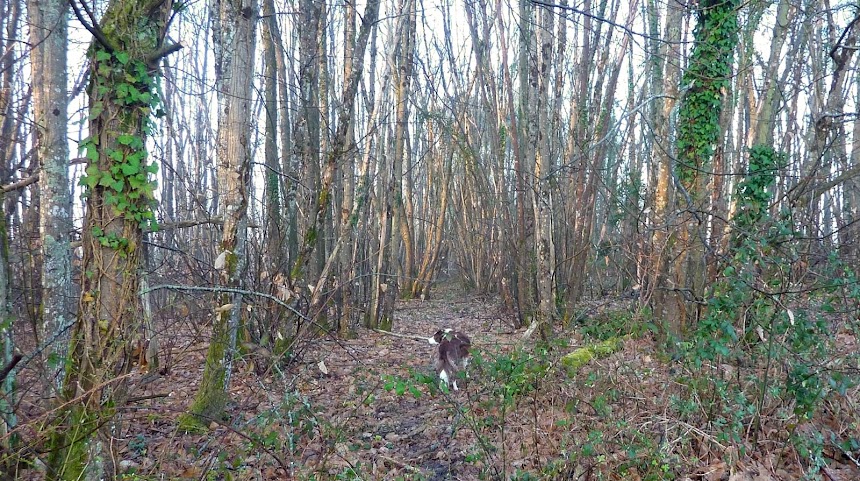 So that's that. The shoe fell with a thud. It was anticlimactic. Included here are a few recent photos of Callie the collie, taken on our morning walks and with a couple of different cameras.
Posted by Ken Broadhurst at 07:25