Yesterday morning, I drove over to Montrichard, the next town down the Cher River from Saint-Aignan, for a routine appointment with my dentist. I parked the car close to the church across the street from the dentist's office, and I noticed that the street I was on was called la rue du Faubourg-Nanteuil. (The guy below seems to have pretty good teeth...) 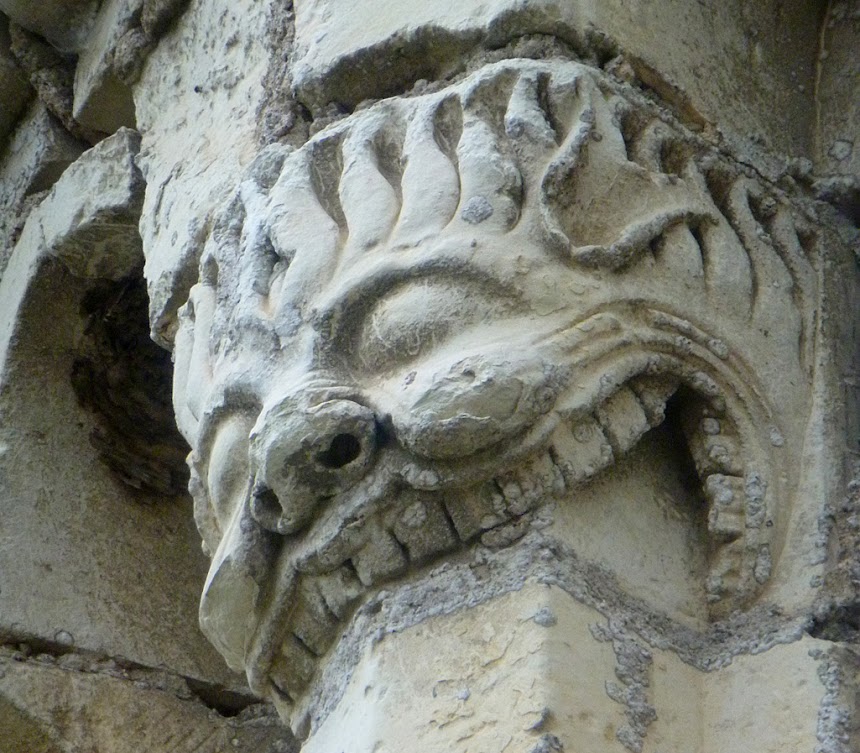 By the way, it was freezing cold yesterday morning. It was also raining off and on. I mean drizzle, really, or bruine in French — a heavy, soaking mist. I came home after doing some shopping at Intermarché, a local supermarket, and we had lunch. Right after lunch, I noticed that it was raining harder. 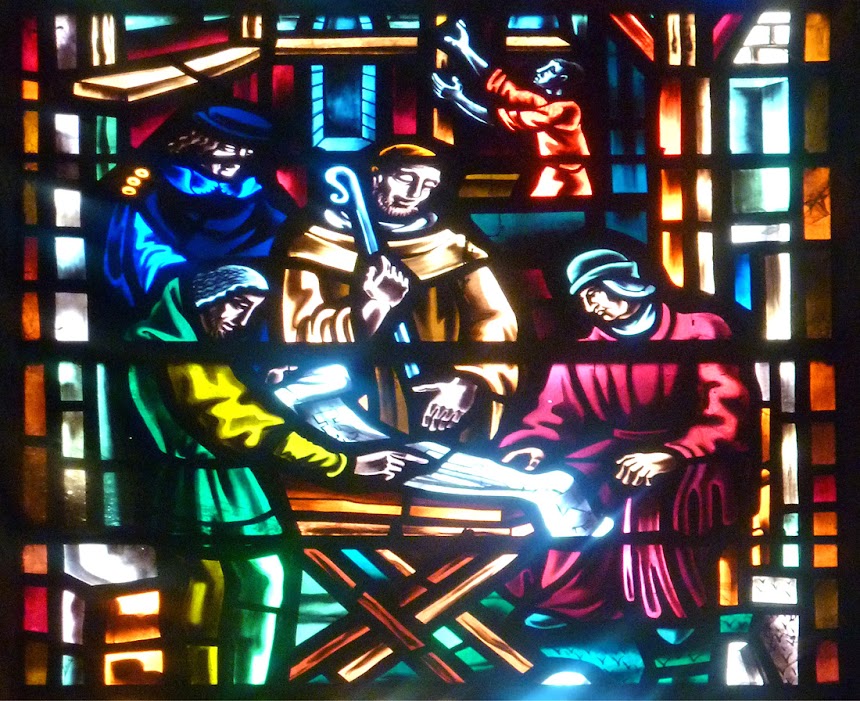 And then I was surprised to see that it wasn't just rain. It was an ice shower. I could see little ice pellets bouncing off the skylight windows upstairs. It didn't last long, but it just shows how cold it is. On our thermometer, the temperature outside this morning is +2ºC, which is about 35ºF. This why we haven't planted delicate plants out in the garden yet. It's good that we now have the greenhouse tent. 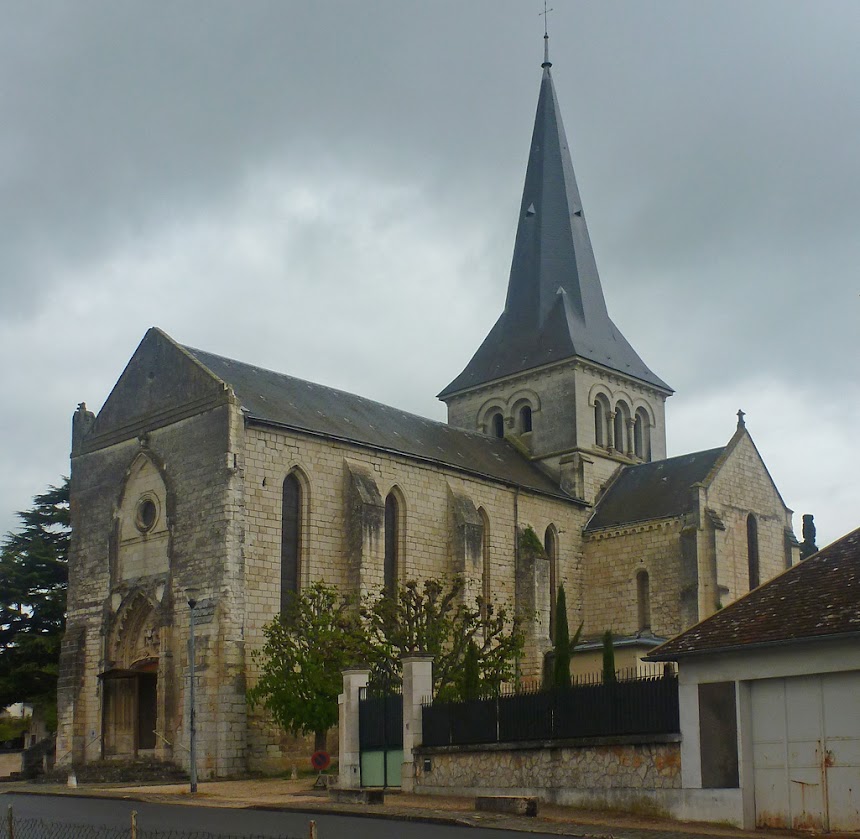 Back to Nanteuil: I had wondered why the church on the west side of Montrichard was called Notre-Dame de Nanteuil. Now I know. Nanteuil is the name of a village that was at some point incorporated into the adjacent town of Montrichard ("cheater's mountain") — a very old village. On Wikipédia, I found an article about another village called Nanteuil (there are many in France) that explained the Gaulois (Celtic) meaning of the word: The Nant- part came from nanto, the Gaulois word for "valley", and the -euil from ialo, the word for "clearing", as in a clearing in a forest. 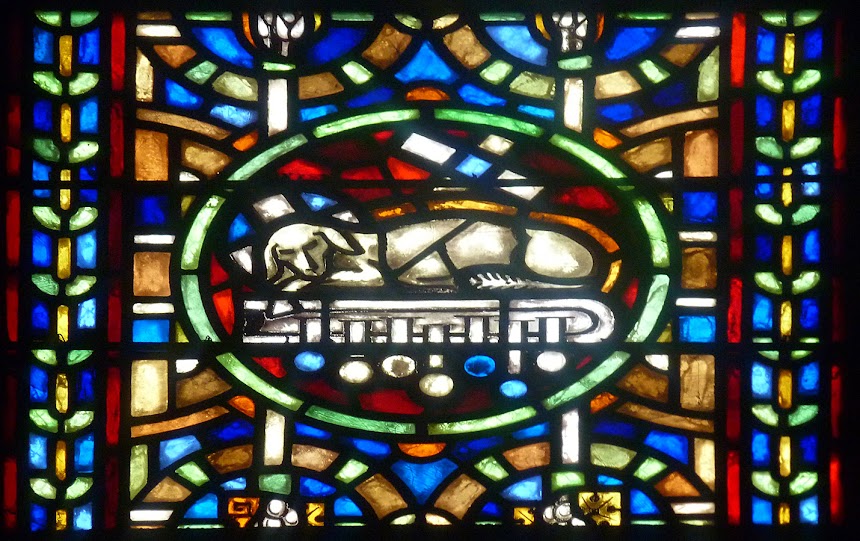 The closest village to us is called Mareuil-sur-Cher. Apparently, the Mar- part of the name came from the Celtic word for "large" and the -euil part from that same word for "clearing". So Mareuil is "the big clearing (on the Cher)". And Nanteuil is "the clearing in the valley". 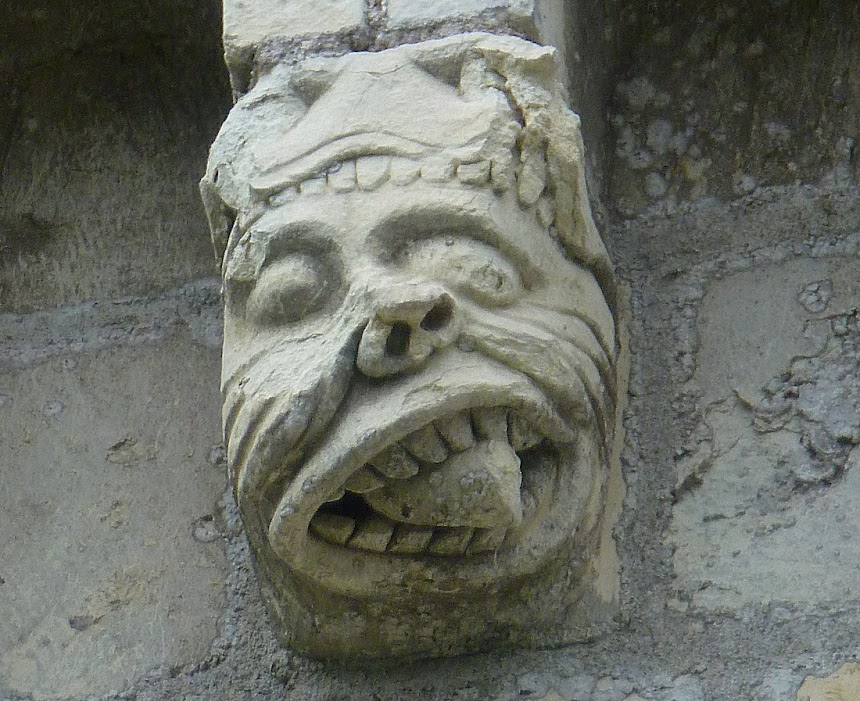 I went into the church again and took some more photos. I also took some exterior shots, despite the miserable weather.  A few of them are here. Oh, and I got a good report from the dentist. My teeth are in good shape and now they have been cleaned one more time. I'm so glad to have found a good dentist again.
Posted by Ken Broadhurst at 07:40