Les Bouleaux — The Birches — is the name of our house and land on official maps. It's a house we found in December 2002, with the help of a real estate agent who had offices in Amboise and Montrichard. We had come to France to look at houses for sale in the area around Vouvray and Amboise, but we had no idea we'd put a down payment on one right then. I had quit my job in October, and I'd been spending time on the web looking at houses that were for sale in the Loire Valley. 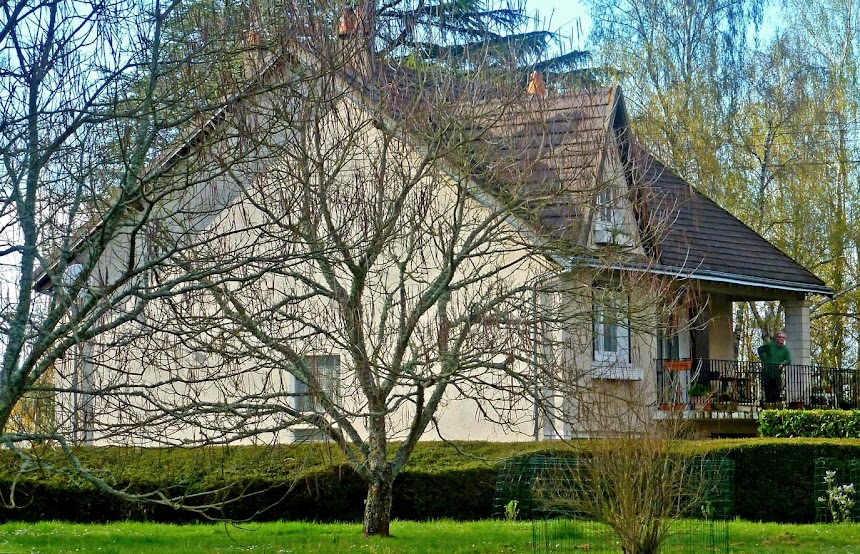 In four days, the realtor showed us about 15 houses around Montrichard, Amboise, and, at his suggestion, Saint-Aignan — a town we had never heard of, much less set foot in, before. All were in our stated price range. At the time,we were living in San Francisco, where we had bought a house seven years earlier. I was tired of the rat race of a life that I was living there — driving 100 miles a day to Silicon Valley and back, spending 3 to 5 hours daily in the car, in freeway traffic, five days a week. 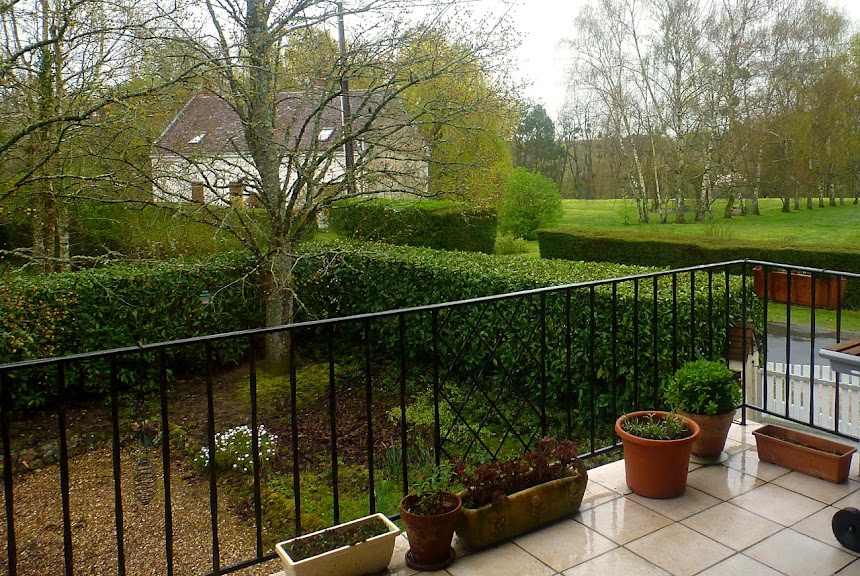 When we saw Les Bouleaux, we looked at each other and said, "We could live here one day." It was the only one of the houses we saw in those four hectic days where we could clearly starting picture a new life. Part of it was the setting — the house is at the end of a dead-end road, at least as far as pavement is concerned. There are vineyards on two sides, and a dirt road running through the vines. But it's only two miles from the center of Saint-Aignan and all the conveniences we need. 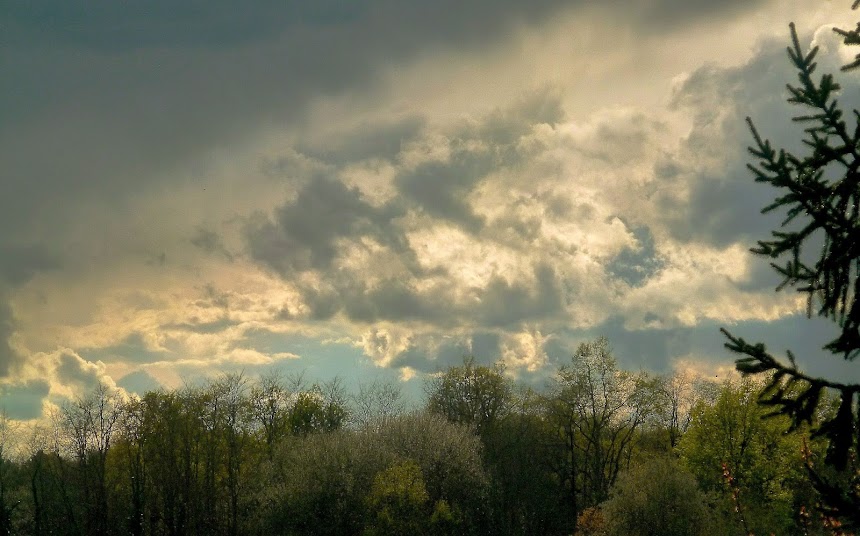 There's a tall hedge around the sides of the property (half an acre) where you'd be glad to have some privacy. And all the rooms have big windows that let in a maximum of daylight and provide views. The yard was already landscaped, and there was room for a vegetable garden. There was attic space that could be converted into one, two, or three rooms at some point. The place was modern (built in the late 1960s) and didn't need major renovations. We could move right in if we decided to. 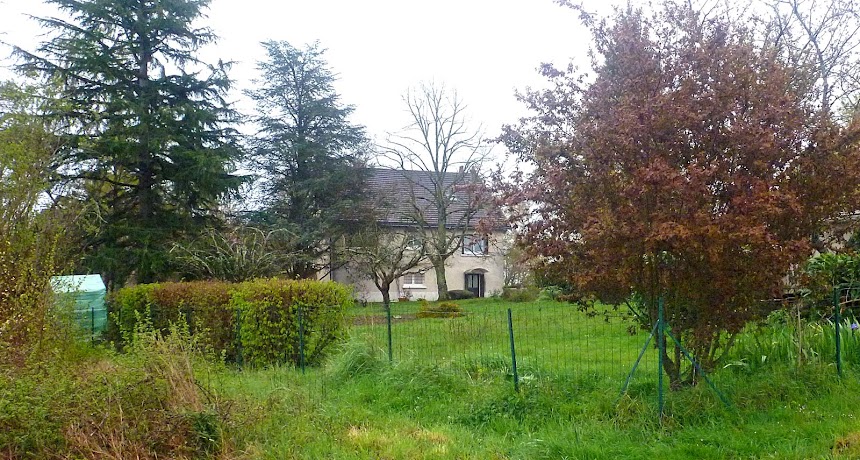 A few days later, back in San Francisco, we sent the real estate agent some money to put a hold on Les Bouleaux. The closing date was set for April 15 — 13 years ago today — which gave us time to arrange financing for the actual purchase. We thought we might refinance our house in San Francisco to raise some more cash, and I would look for a new job. We'd have a place in France where we could come spend as much time as possible each year, and we'd slowly fix the place up, with retirement as our timeframe (I was 53 years old). We had met in Paris in the early '80s, and we'd spent most of our vacations in France for nearly 15 years. 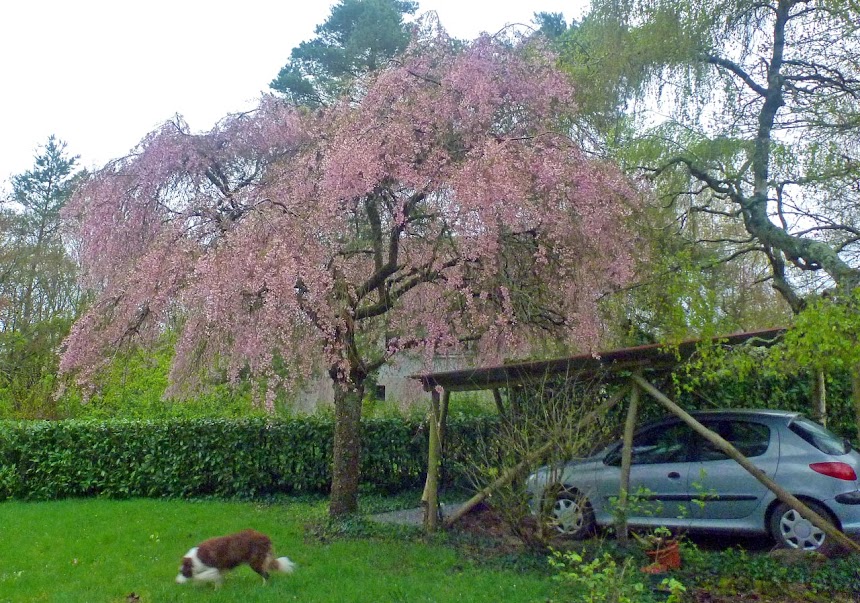 Well, it didn't happen that way. We decided pretty quickly to see what kind of price we could get for our house in San Francisco if we were to sell it. We got the agent who had earlier helped us buy it to put it on the market. We did some improvements — painting, mostly, and some cleaning out to make the place feel more spacious. Whether you are planning to sell and move or not, those are always efforts that pay off. 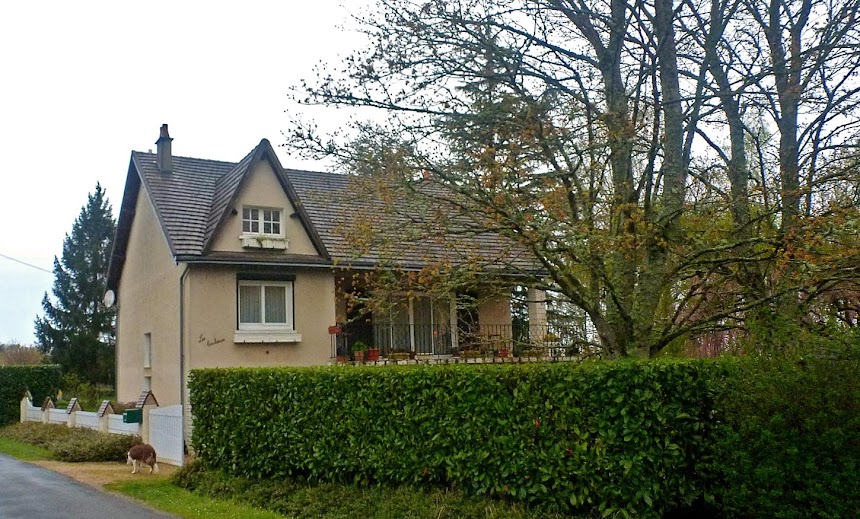 We ended up selling the SF house in February 2003 for nearly three times what we had paid for it in 1995, and for quite a bit over the asking price. We could pay off the mortgage and still have a tidy sum left over. We could afford Les Bouleaux and still have money to cover living costs for a few years. By June 2003, we had moved into our house near Saint-Aignan.
Posted by Ken Broadhurst at 07:30