When I went to see the dentist and had another look around the church called Notre-Dame de Nanteuil, in Montrichard, I also took a quick look around in the cemetery next to the church. I parked my car there. 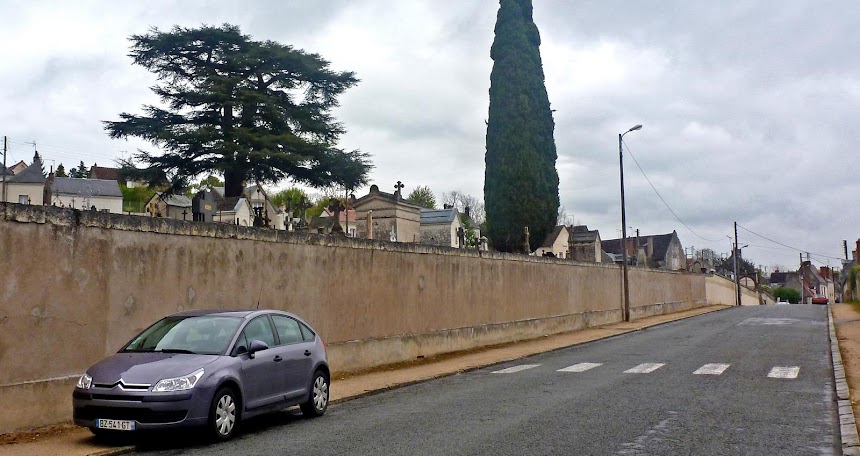 As you can see, it wasn't crowded. In fact, it was deserted, as was the church. 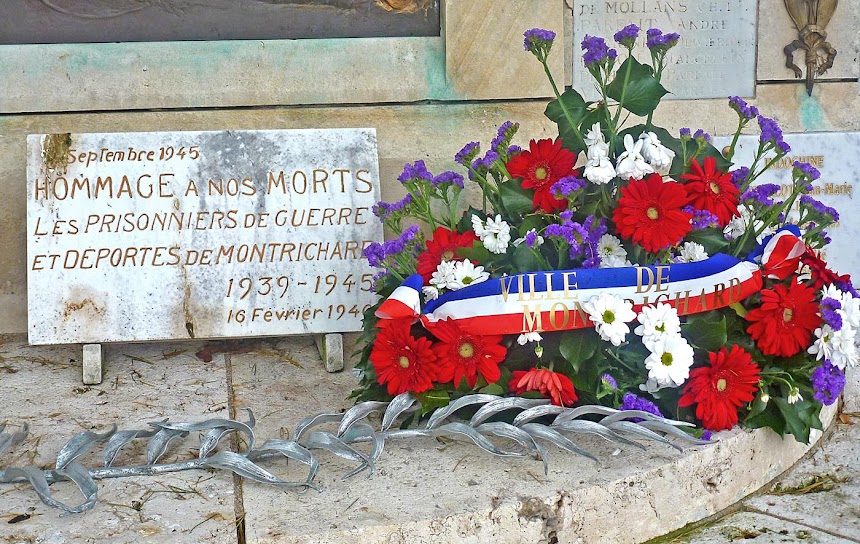 The first thing you see when you enter the cemetery is this memorial to the French prisoners of war and citizens who were killed in the great wars of the 20th century, including those sent to the concentration camps in Germany. 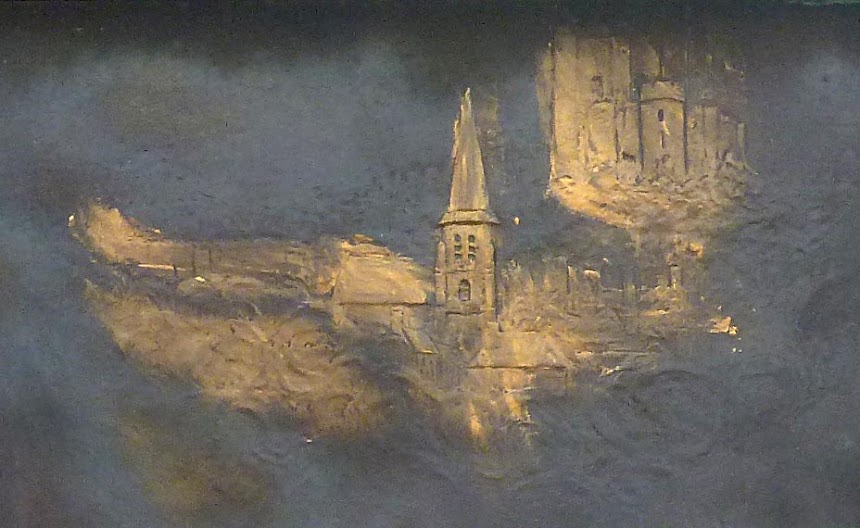 This is a detail of the monument aux morts, showing a shining church tower and castle on a hill. It's Montrichard, I suppose. 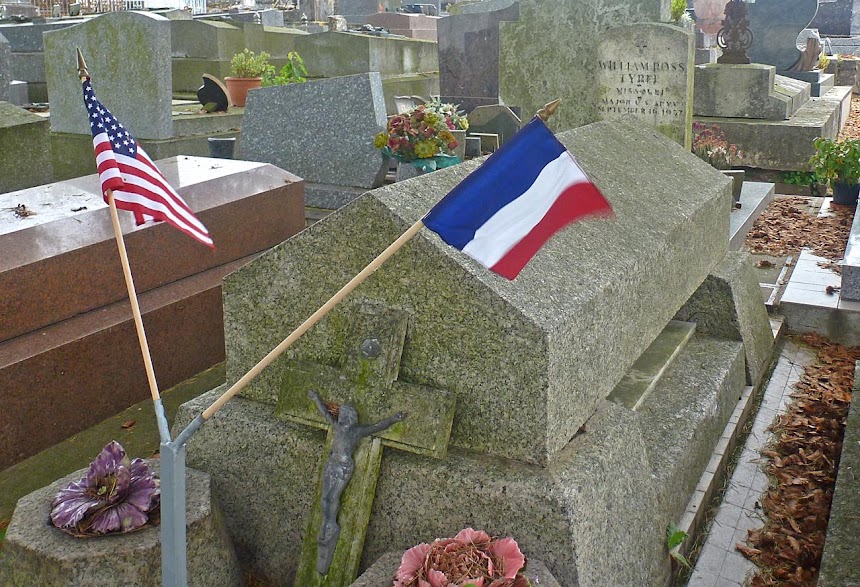 I was a little surprised to see an American flag, along with the French tricolor flag, on this grave right behind the monument aux morts. 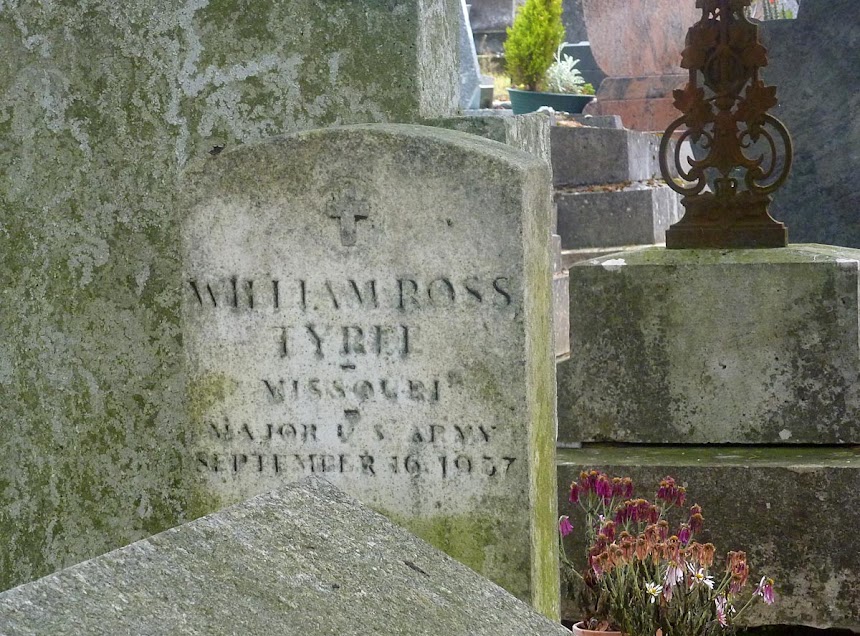 Here's a close-up of the headstone. William Ross Tyree (I think) from Missouri is buried here. The was a major in the U.S. Army. I can't quite make out the date on the stone.
Posted by Ken Broadhurst at 07:30