Most of the photos I took that first day (last Monday), after I received the new old camera, were macro shots. That means close-ups, with the camera set in what is called macro mode. One definition of macrophotography is "extreme close-up photography, usually of very small subjects, in which the size of the subject in the photograph is greater than life size." 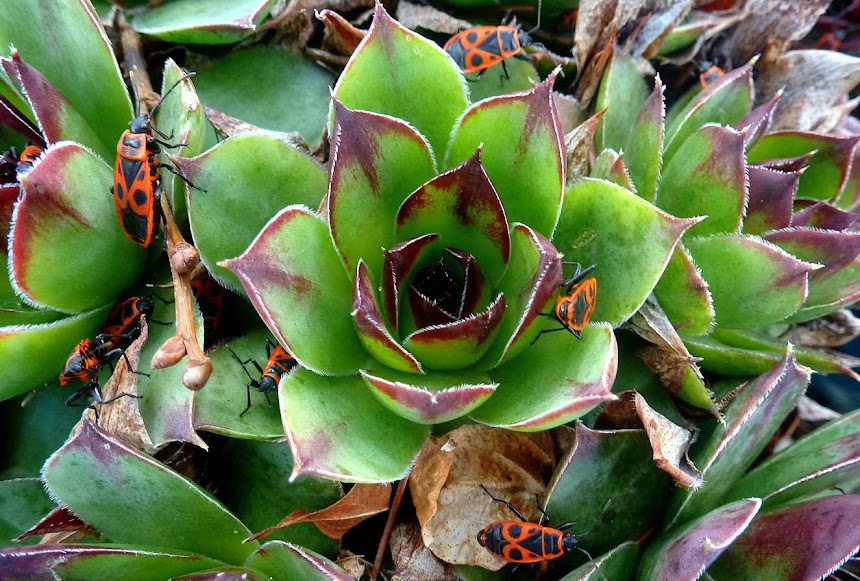 That applies to at least some of my photos, including the one above. Click on it to see it at a larger size. The insects in it are harmless little creatures called firebugs, or gendarmes in French. They're about the size of a ladybug, they don't fly, and they feed on plant debris, cleaning up your yard for you as they enrich the soil. 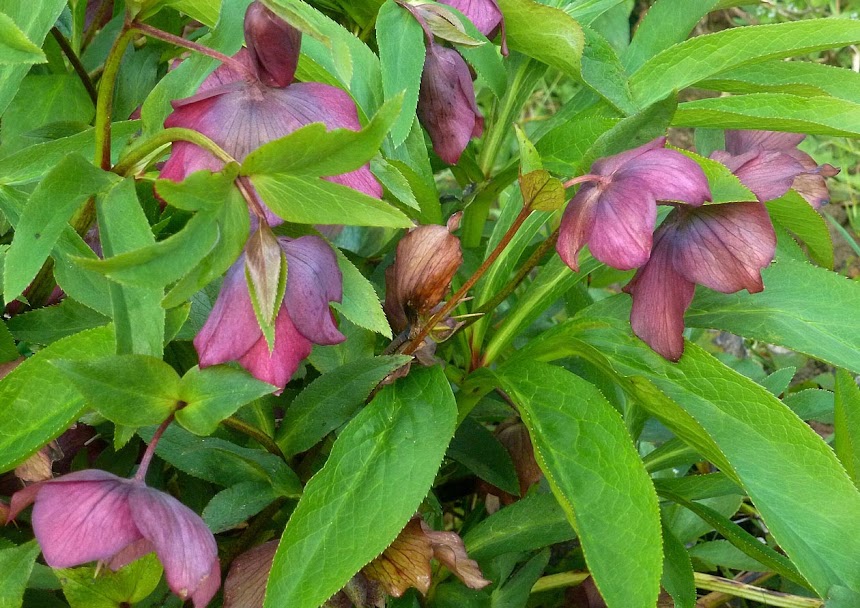 The one above of some some purple flowers in the neighbors' flower garden is zoomed in. The TZ18 handles both kind of photos well. The photo below is also a zoomed shot. The cameras has a 16x optical zoom, and an optical zoom range of 24 (wide angle) to 384 (telephoto) millimeters, if that means anything to you. 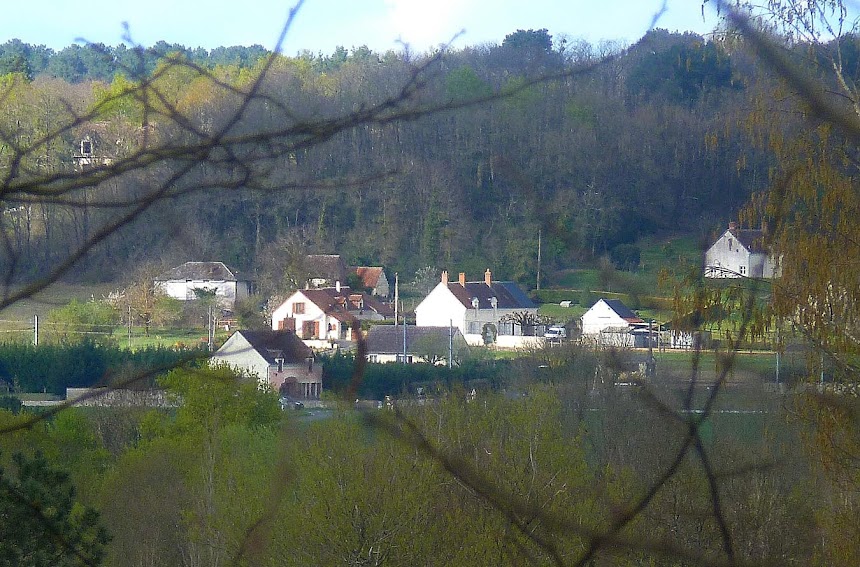 The houses above are on the other side of the Cher River from our house, and maybe 3 km (nearly 2 miles) from where I was standing when I took the picture. I didn't have any kind of support for the camera, which I was just holding in my hands. And no, there's no viewfinder, just the LCD screen on the back of the camera. 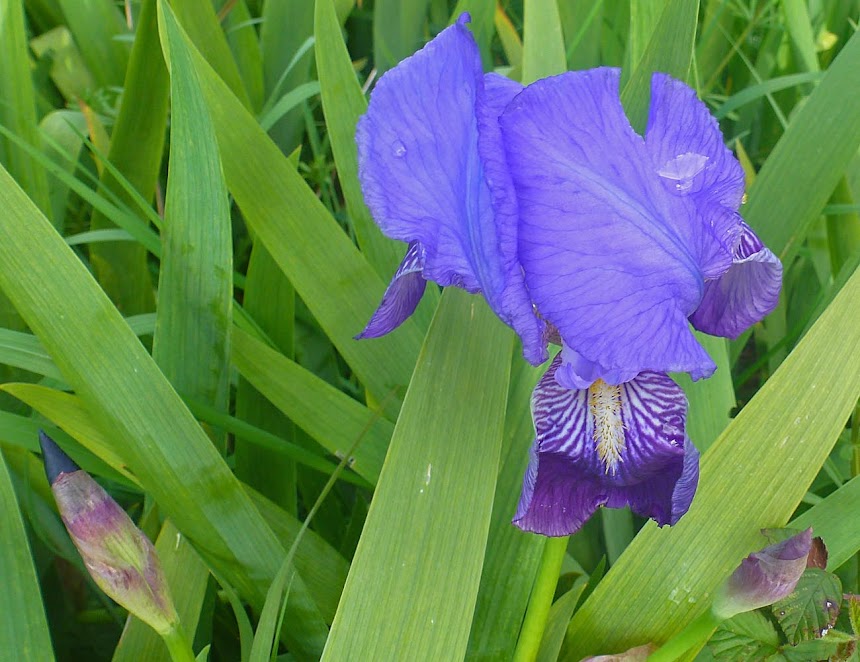 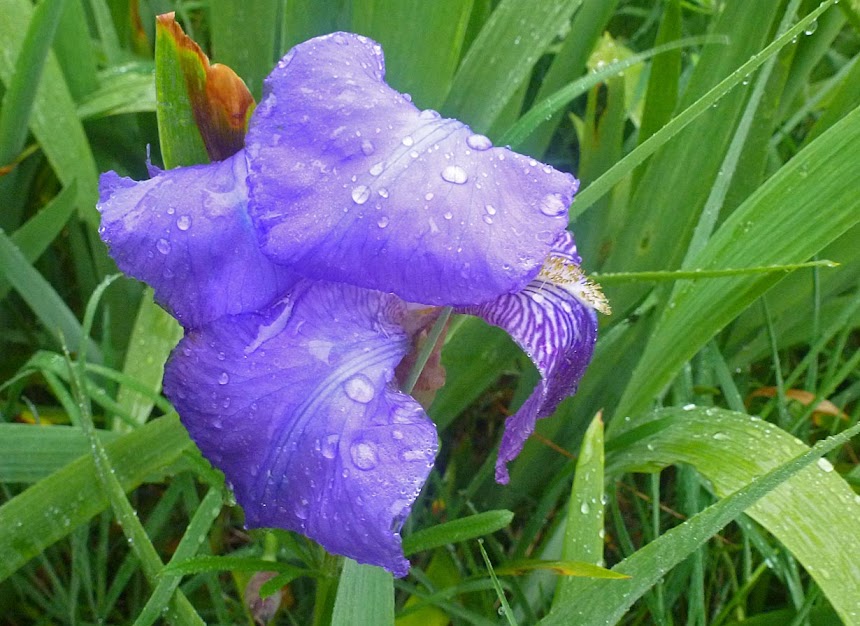 As you can see in the two photos above, irises are starting to bloom in our yard. It's early yet, but a bed of iris bulbs I planted two or three years ago and which was nearly overtaken by weeds for a while has now crowded those weeds out. There are only two or three flowers right now but there will soon be many more. I took the first photo on Monday, and the second on Tuesday after it had rained. 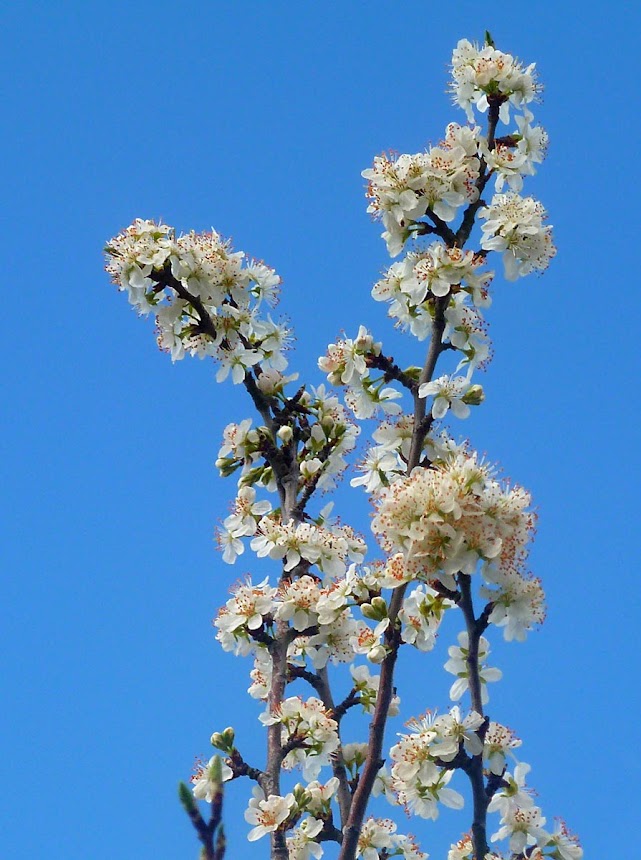 Finally, here's a branch of one of the plum trees out on the edge of the vineyard, taken against a clear blue sky. Unless the weather turns really cold, it looks like we'll have a good year for both red and yellow plums.
Posted by Ken Broadhurst at 07:30