It's funny that the photos of two distinctively modern windows in the church at Montrichard came out so blurry, while photos of more traditional windows came out sharp and clear. I don't have much to say about the church itself because there doesn't seem to be much information about it on line. 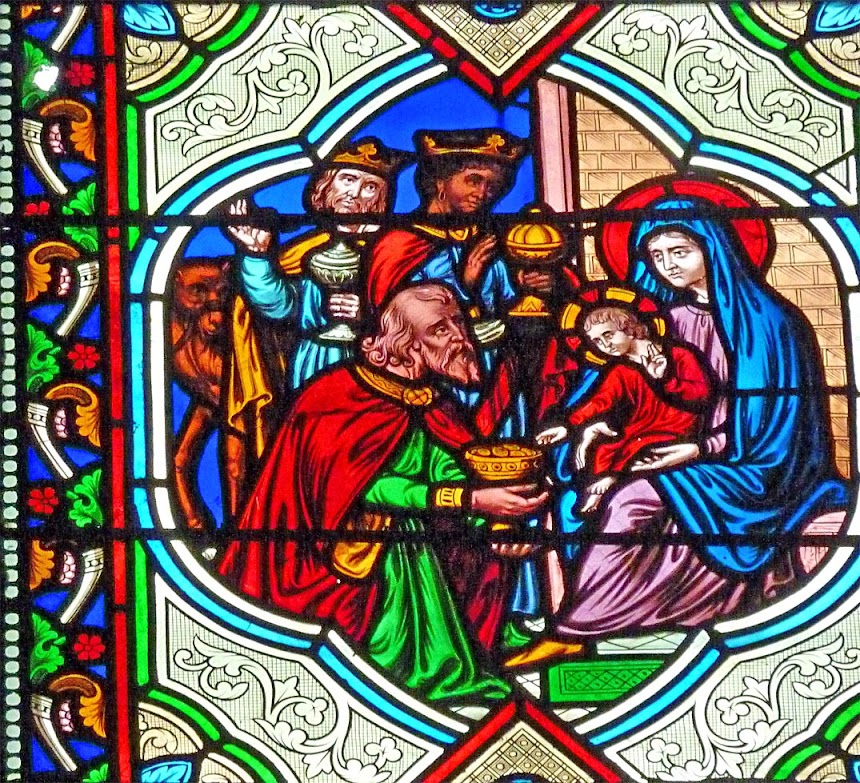 Notre-Dame de Nanteuil was built in the 12th century, heavily damaged by the Revolutionaries in the late 18th, and much modified by restorers in the 19th. That was the fate of many churches in France. 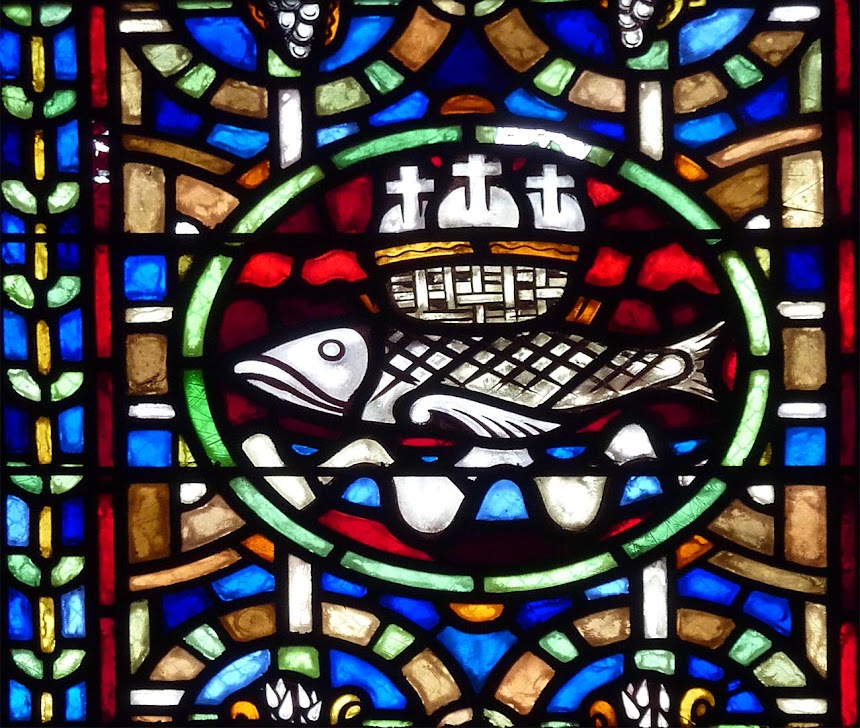 Most of these stained glass windows must have been made and installed in the 19th or even 20th century. 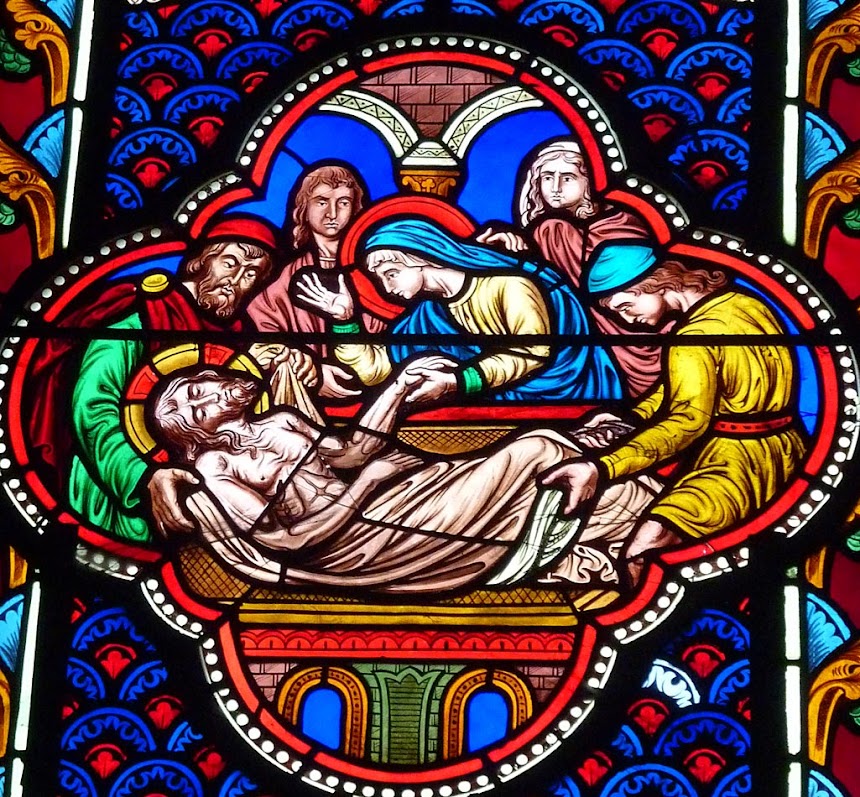 I am going to go back over there and take new photos of the stained glass this week or next. I'm hoping that the "new old" camera I ordered last week will come today, so I'll be able to use that one to take pictures in the church.
Posted by Ken Broadhurst at 07:30