The weather has changed. As William, the host of Télématin on France 2 TV said yesterday, we had our 2014 summer in the autumn, and now we are suddenly plunged into winter while it its still officially autumn. We haven't had a freeze yet, but it's cold (single digits C, meaning below 40 ºF), with low, leaden skies and a fine mist falling a lot of the time. 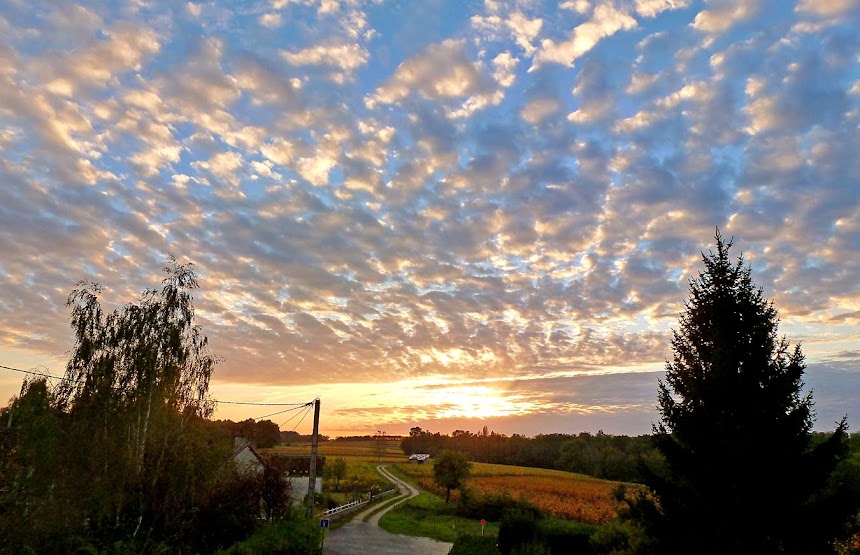 I had to go back to photos I took on October 30 (above) and November 9 (below) to find these.

Walt checked our weather records yesterday. The last time we had a low temperature below freezing was on December 9, 2013. In other words, the weather last winter (January, February, March) was weirdly mild. And the autumn weather in 2014 has been the same.