Avallon (4), and a seasonal report

Here it is December 15 already. We're planning Walt's birthday dinner for next Sunday, and we have already ordered a turkey for Christmas. We'll pick that up this Saturday, the 20th. As for it being mid-December, it's pretty cold outside this morning. The temperature is below 0ºC — in other words, just below freezing, here at the house. Out in the vineyard, it will be even colder when I go for my walk with Callie in about an hour. I have to wait for the sun to come up. 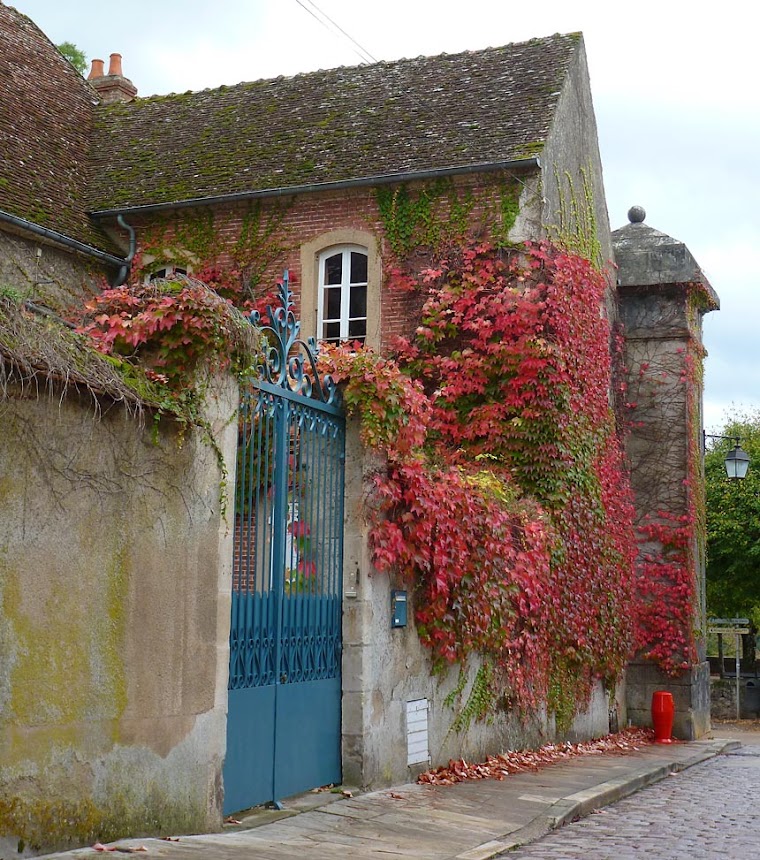 Walt's 55th birthday dinner will be French steak au poivre with an armagnac sauce. We make it every year, and have done so for more than 30 years now. Armagnac is a brandy like cognac, but has a much longer history — it comes from southwestern France, between Toulouse and Bordeaux. Walt wants to buy some tournedos steaks this time. We'll go get them at the butcher shop in Saint-Aignan where we bought our Thanksgiving leg of lamb. 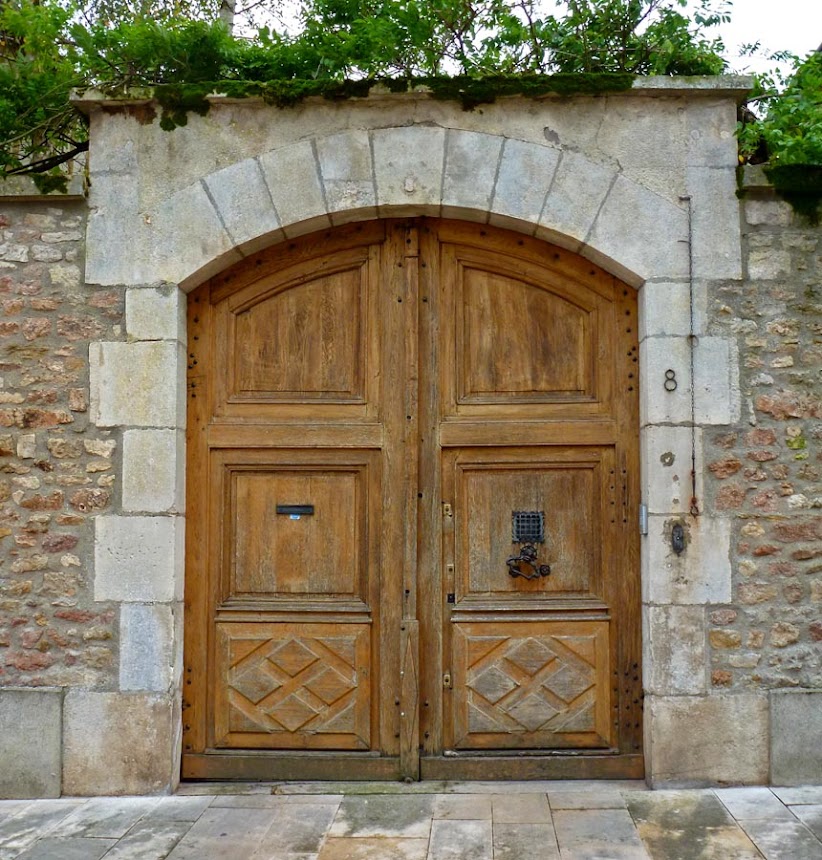 For the Christmas turkey, we ordered a three- to four-kilo bird (7 or 8 lbs.) from the volailler at the Saturday morning market. (Volaille means poultry or fowl.) This particular market vendor, who sells poultry at Montrichard on Friday mornings and Saint-Aignan on Saturday mornings, has some of the best chickens, turkeys, guinea hens, and ducks available in the area. All the birds are élevés en plein air (free-range), and the prices are comparable to supermarket prices, if not lower. We plan to make a cornbread stuffing to go with the bird, and probably a baked squash and a green vegetable (kale or haricots verts from our garden). 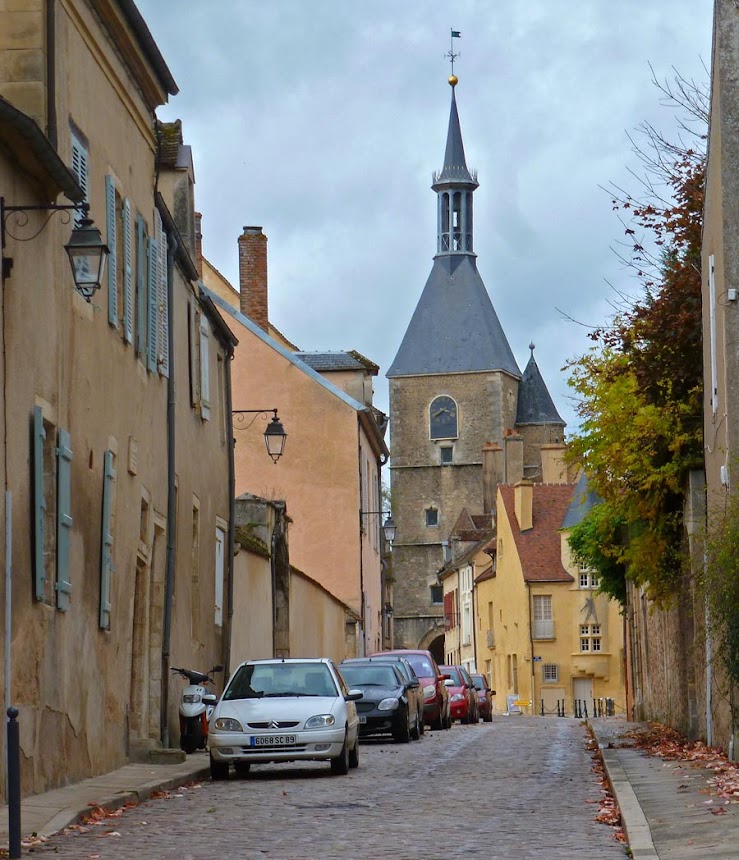 The pictures here are of the old town in Avallon, in Burgundy, and I took them last October 21. It's nice to look at all the colorful scenes. These are the dark days of December here in northern France, which is farther north than Quebec City or Duluth, MN. The sun comes up today at 8:35 a.m. and goes down at 5:05 p.m. When skies are cloudy, it is really gloomy. 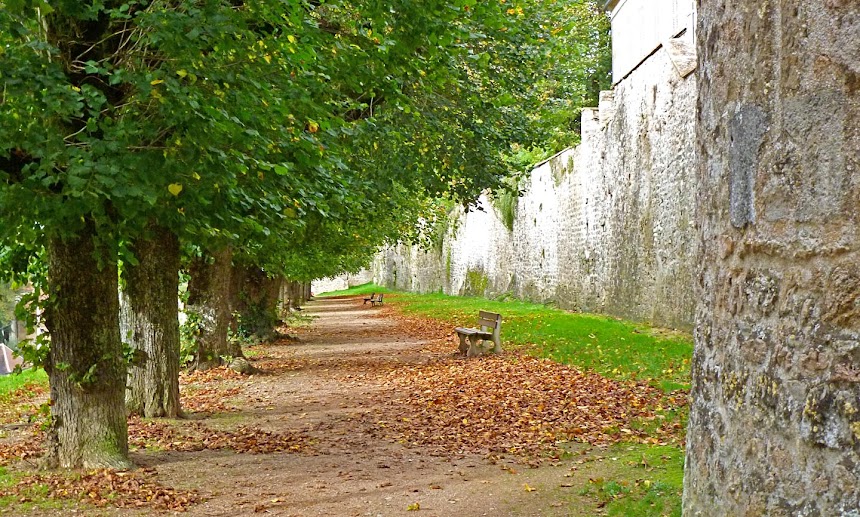 And it's supposed to rain this afternoon. The forecast for the week calls for a series of cloudy gray days, with intermittent rain. We might see the sun again by Saturday. That'll be good, because going to the open-air market in Saint-Aignan (or anywhere) when the weather is cold and rainy isn't a lot of fun. It's worth it for the good food you can buy, but you have to hope that you won't have to stand in line in the rain for very long. 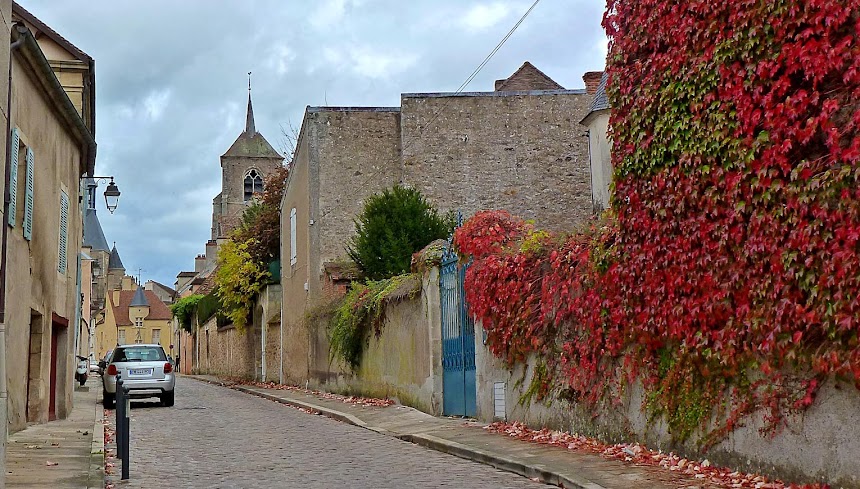 I'm going to continue posting photos from our Burgundy trip for a while. Even though it rained while we were over there (late October), the colors are so much brighter than what we are seeing these days that it boosts the morale to look at them. At this season, it's hard to take photos outdoors around Saint-Aignan because there just isn't enough light. I'll probably mix in some kitchen pictures along the way as we get into the heart of the holiday season.
Posted by Ken Broadhurst at 07:30