Môlay is the name of the village where we had rented a place to stay during our short trip to Burgundy. The village is not far from Chablis, and even closer to the medieval town of Noyers-sur-Serein — more about those later. When we arrived at the gîte, I asked the owner how many people lived in Môlay. One hundred and twenty-three, he told me. Then, no, only 122, he said, because we're having a funeral tomorrow for one resident who just died. 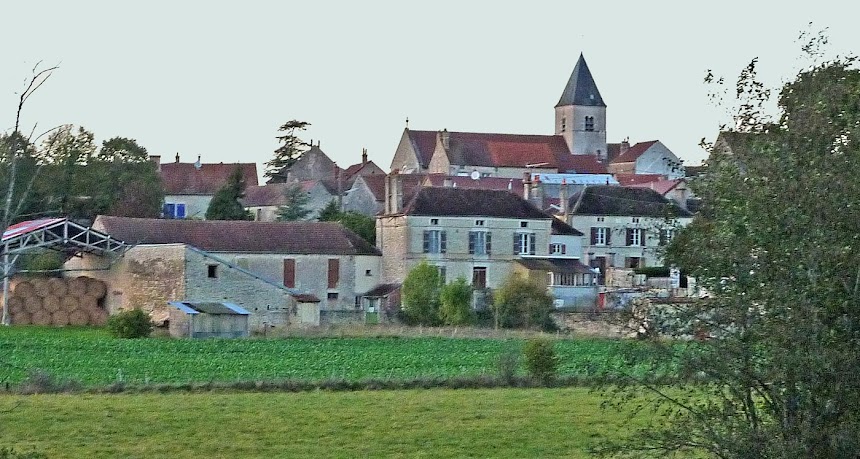 This was our first glimpse of the village. We drove in from the east, crossing over the Serein ("serene") river on the edge of town. A few minutes later, Callie the collie and I took a walk down the road and I snapped this photo from the bridge. My photos are not very sharp, because it was almost dark by now. 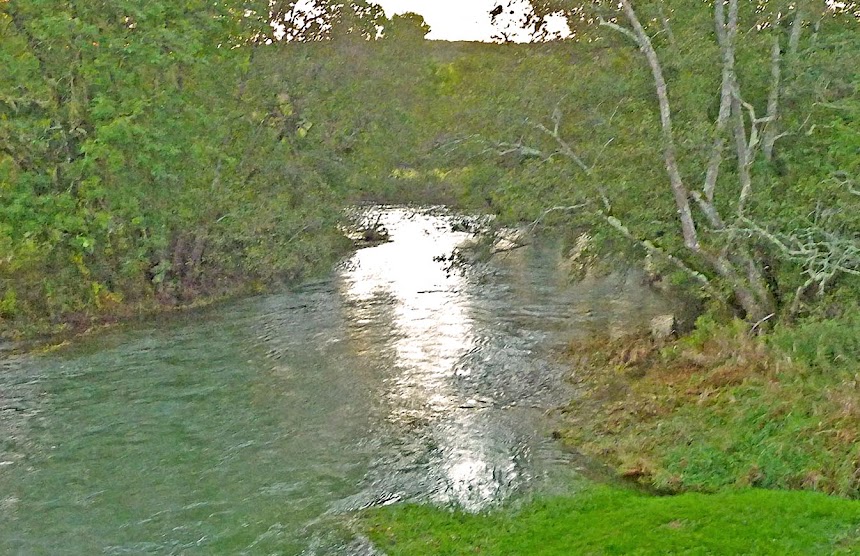 Callie was very happy to be out of the car and to be able to stretch her legs as we strolled through the village. She was nervous though. Where is Walt? Why are we walking away and leaving him behind? (He was getting us settled in the rental and starting to make dinner.) Callie is happier when all three of us are together. She needed the exercise though, and she had business to take care of after a long ride in the car. 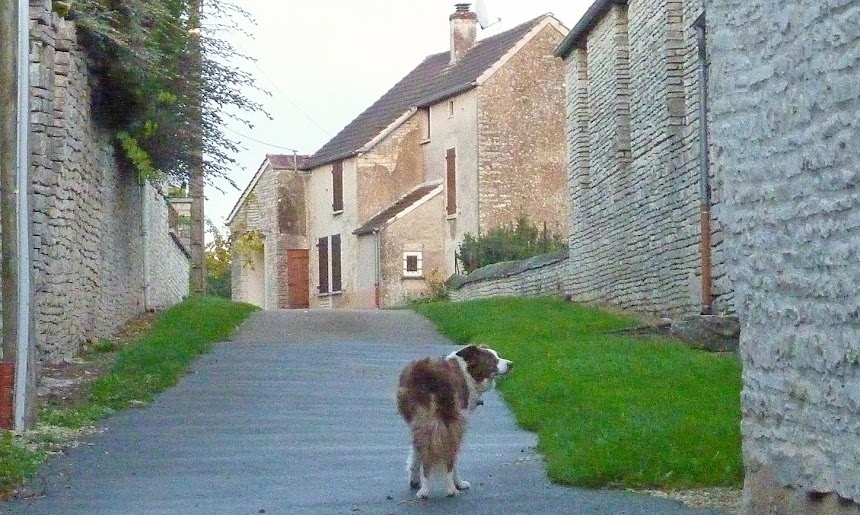 While the dog was happy to be out and about, the cat below was not thrilled to see a new dog loose in the village. He sat very still, and I'm not sure Callie even saw him perched up on a high wall along the road. Seeing him made me think of Bertie, but I knew Bert was in good hands at home. Our Australian friends Sue and Leon, who happened to be visiting the Saint-Aignan area, were looking in on him twice a day. We had left them the keys and a box of cat food so he wouldn't get too hungry. 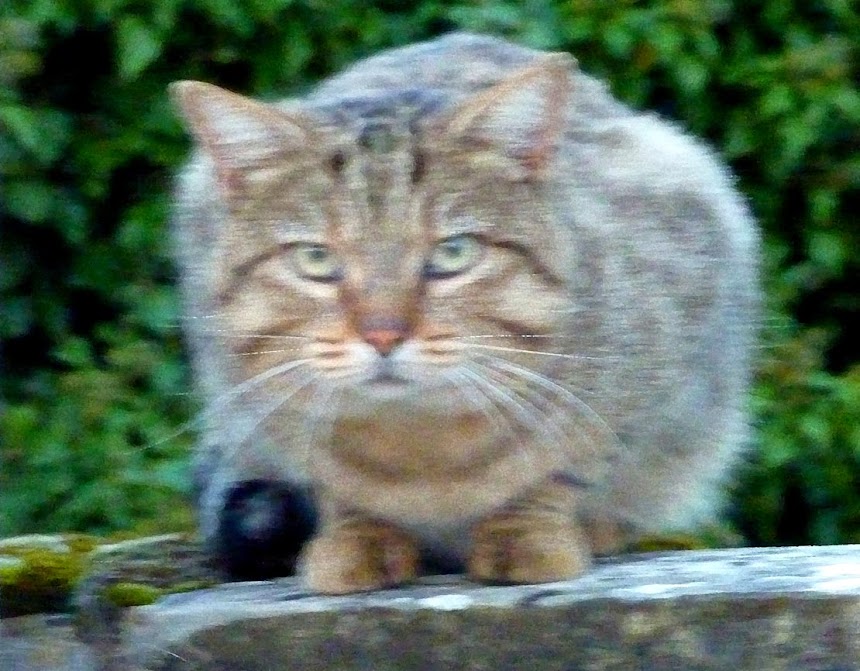 More about the gîte (vacation rental) in Môlay tomorrow...
Posted by Ken Broadhurst at 08:00