As I said yesterday, here are some more "aerial" photos of the town of Tonnerre in Burgundy. We were there with the dog in October 2014. We drove up to the top of the hill from which the Église Saint-Pierre looks out over the town, and then we drove down to the base of the hill and found the Fosse Dionne. I foresee another trip to Burgundy in the not too distant future. 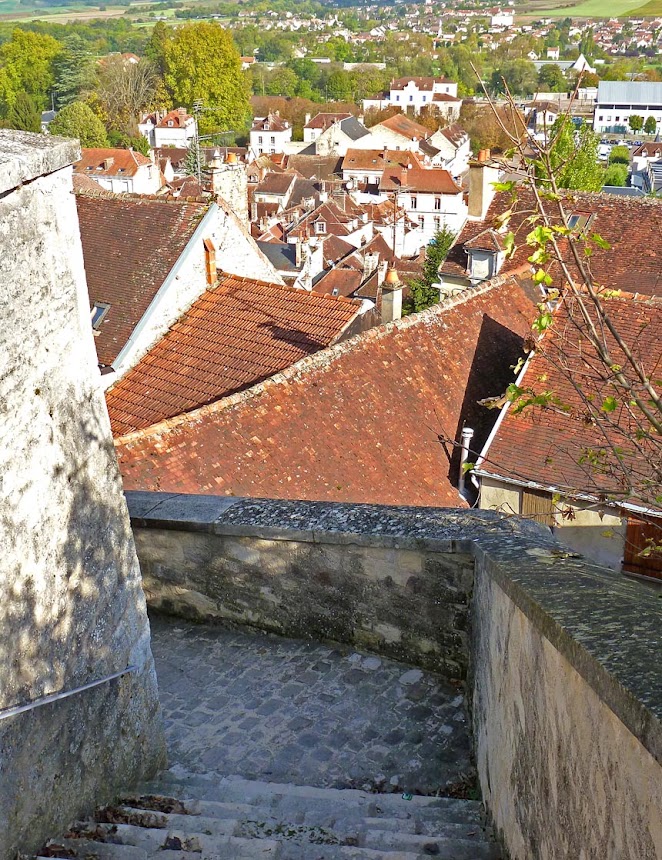 Today we bid the year 2014 adieu. For me it was the year of my 65th birthday. I began collecting two small retirement pensions (not nearly enough to live on) from two different French retirement funds that I paid into back in the 1970s and early 1980s when I worked as a teacher in a succession of schools in Rouen, Paris, and Metz. 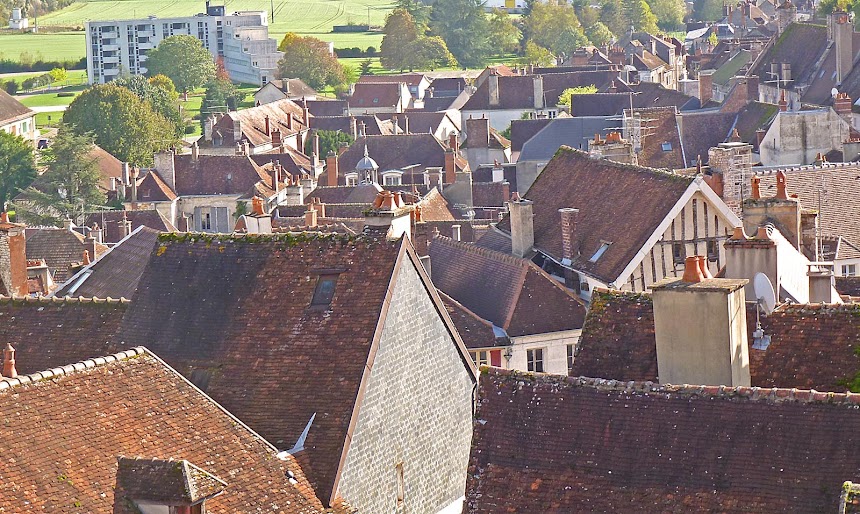 Being a French pensioner means I'm now fully accredited by the French national health insurance system. I no longer have to fill out forms to re-apply for coverage every year, and Walt is covered too. Until now, we had to pay into the system every year, contributing an amount based on our income. As far as I know, my contributions to the French health car system now are deducted from my French pensions. 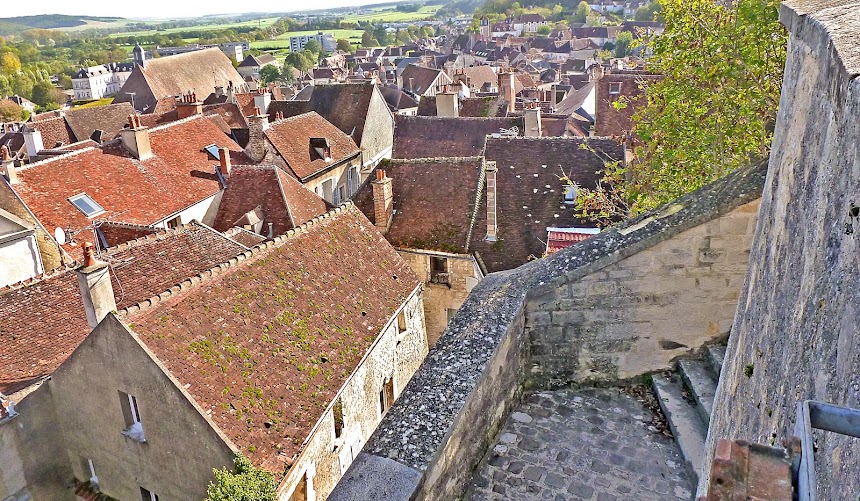 Both of us also have U.S. retirement pensions too. It feels like life is entering a new phase. I may well apply for French citizenship in 2015, and I don't think I'll have any trouble getting it. It's all about settling in. I'll still enjoy my annual trip to the U.S. to see family and friends, but I don't think I'll ever be tempted to move back there. When I came to live here in 2003, it was with the idea of finishing out my days in France.

Why French citizenship? Well, the forces of the extreme right are on the move in France. Marine Le Pen's Front National is polling well, and her party is radically anti-immigration. Who knows what might happen? It might be better for me to have a French carte nationale d'identité and passeport over the next decade or two. The only real requirements are having lived here for a few years and being able to speak French — I meet those.

I sometimes wonder what might happen to all the British people who have moved to France the way Americans might move from New Jersey to North Carolina to live, with no bureaucratic formalities to worry about, if the United Kingdom votes to pull out of the European Union. A referendum on the question is in the works for 2017 across the Channel. It probably won't happen, but it's interesting to think about. What status would all these newly non-European British expatriates have here under a far-right French government?
Posted by Ken Broadhurst at 07:50