The actual name of this interesting natural feature in the town of Tonnerre in Burgundy is La Fosse Dionne, but the word Dionne is a deformation of the French word « divine », apparently. Or of "Divona", a Celtic god(dess) of the waters. People thought there was something mysterious and magical about the place. 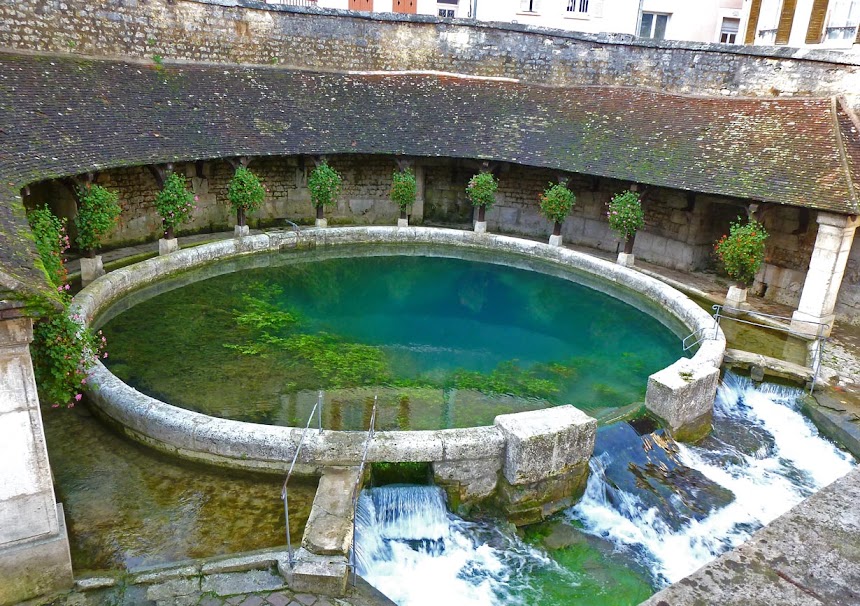 « Fosse » means pit or hole — a deep, wide cavity — whether natural or man-made. In this case, the deep, wide pit in Tonnerre is a huge spring at the base of the hill that is topped by the Église Saint-Pierre nowadays. Two thousand years a Roman fort stood on that spot, and the remnants of a stone staircase from those days, leading from the spring up to the top of the hill, have been found. 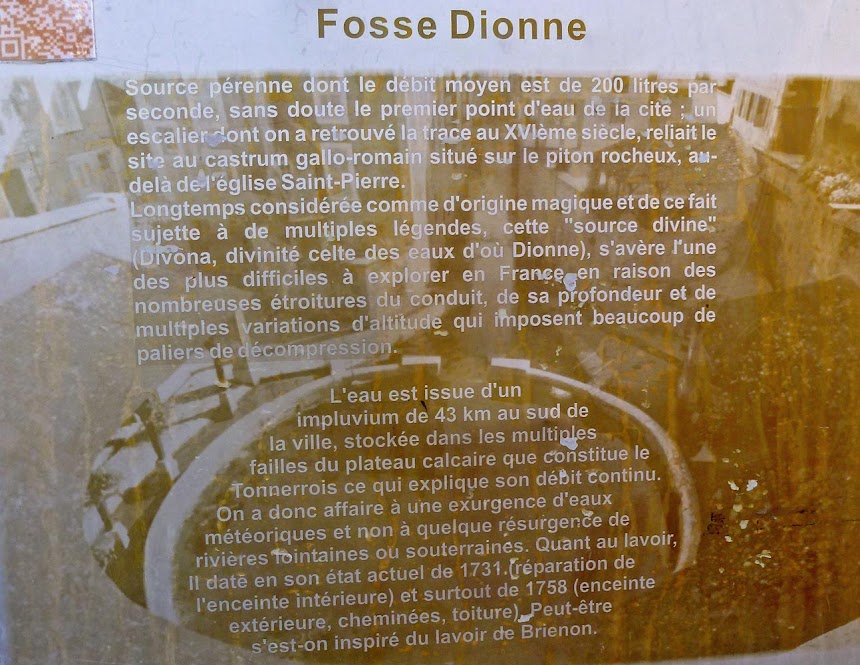 According to the sign pictured above, day in and day out, year-round, as much as 200 liters (50 gallons) of water per second surge up through the Fosse Dionne. The water does not come from an underground river, the sign says, but from water trapped in faults and cracks in a limestone plateau 25 miles south of Tonnerre. It changes color and the flow varies from hour to hour and season to season. 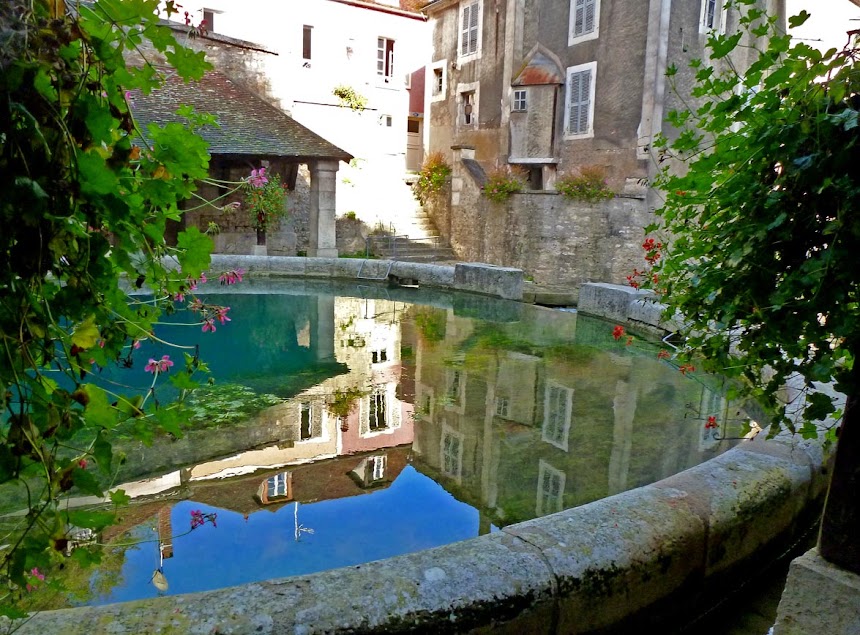 I'll just post a few more pictures, since I though the site was pretty and picturesque. The stone lavoir or washhouse built around the natural spring dates back to the mid-1700s. 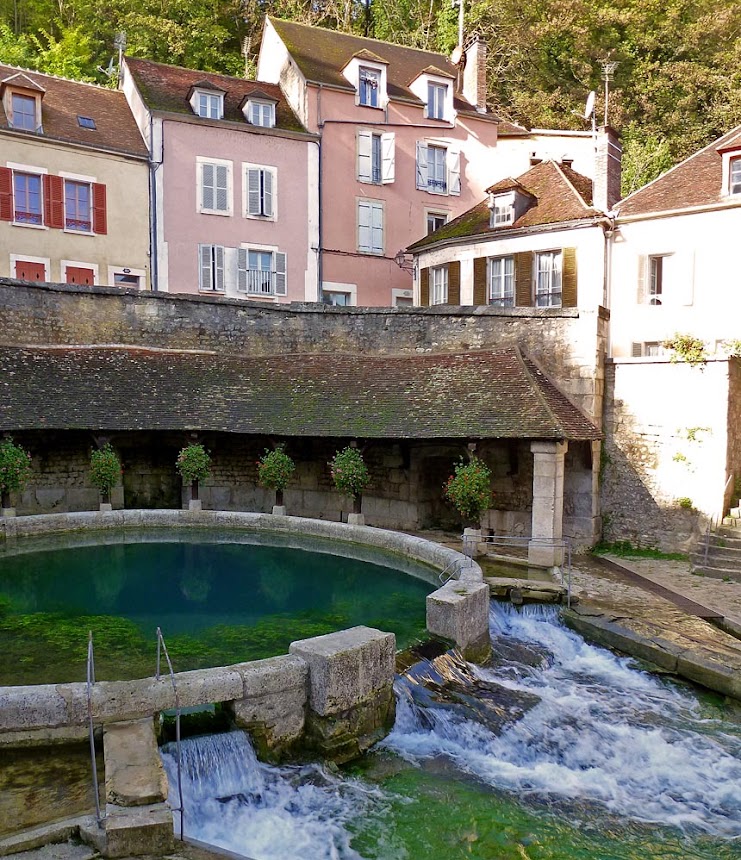 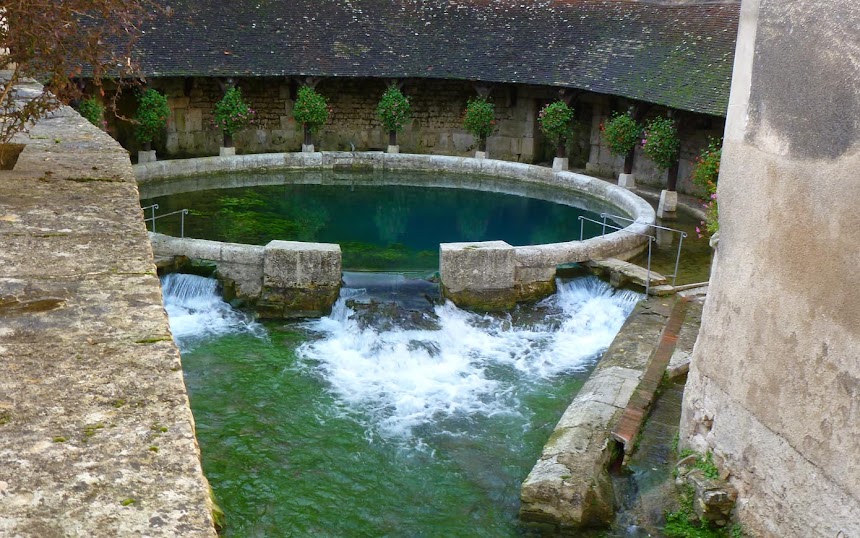 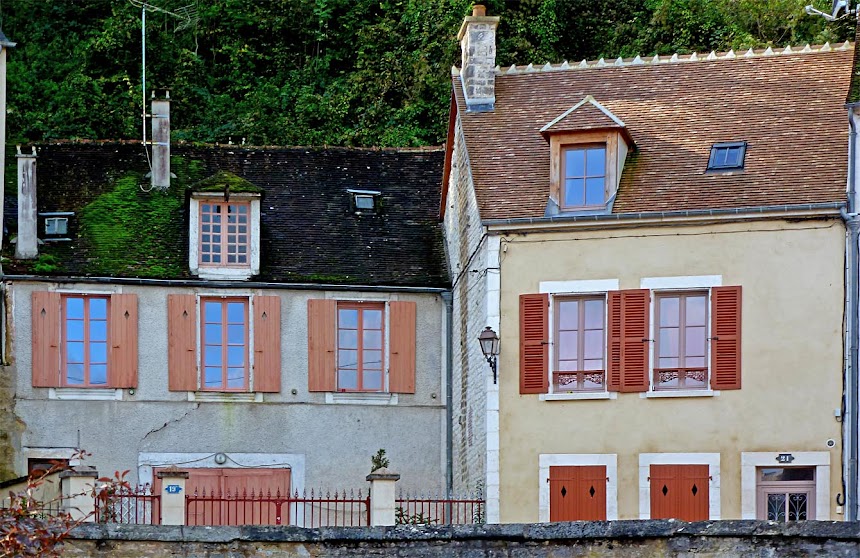 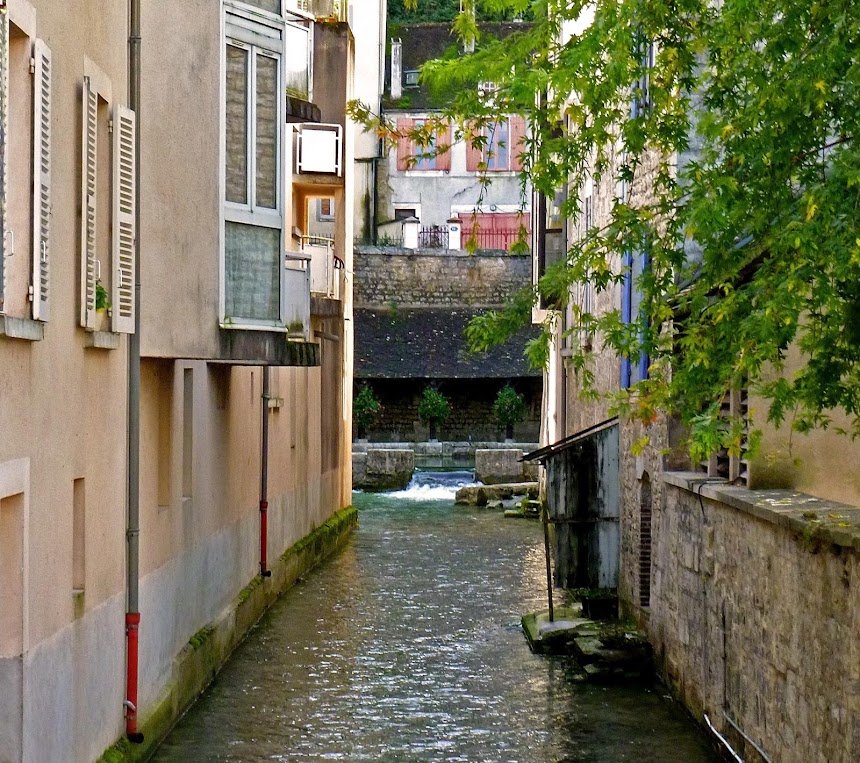 By the way, the temperature here according to at least one weather site is negative 9ºC this morning. That's about +16ºF. There's no snow in the forecast for Saint-Aignan so far, but the cold snap is supposed to last through the week. I'm making a big pot of turkey-barley soup today with the leftovers from our Christmas dinner.
Posted by Ken Broadhurst at 08:00