This is the Eglise Saint-Lazare in Avallon (Burgundy). A church was first built on this site was built in the 4th century. Remains of a 10th-century crypt still exist. The Saint-Lazare church was consecrated by the pope in the early 1100s. 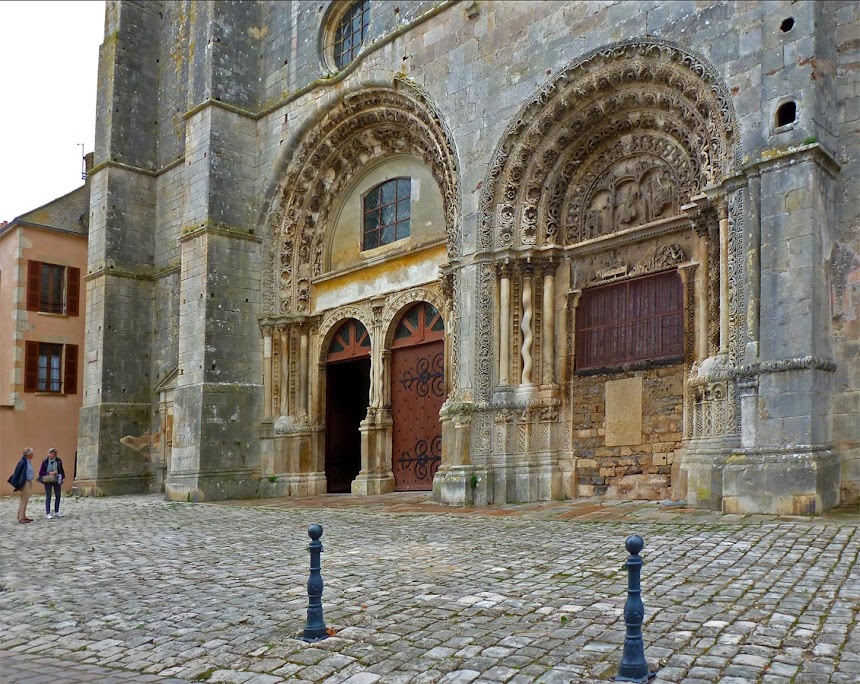 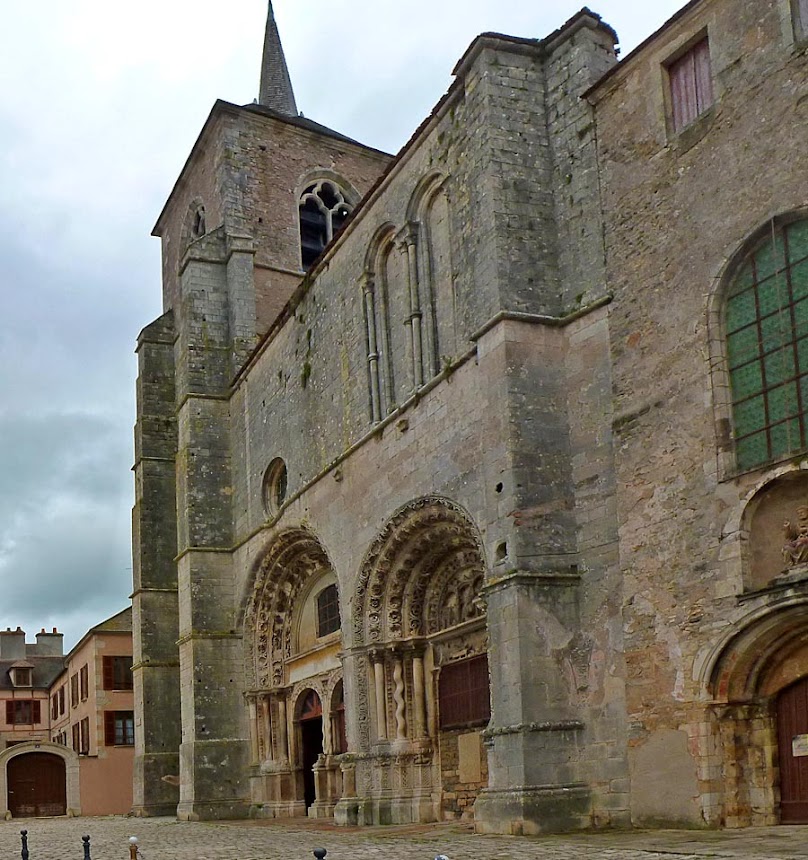 Just to the left of Saint-Lazare are a portion of what used to be the Eglise Saint-Pierre, now a gallery for temporary art exhibits. I think the statue in the photos below represents Saint Peter. 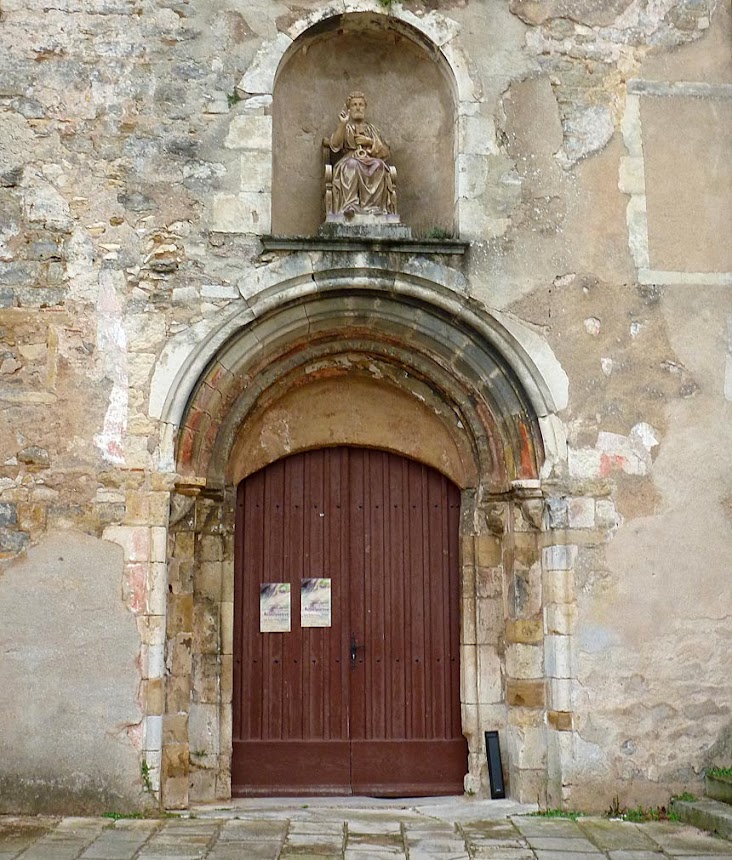 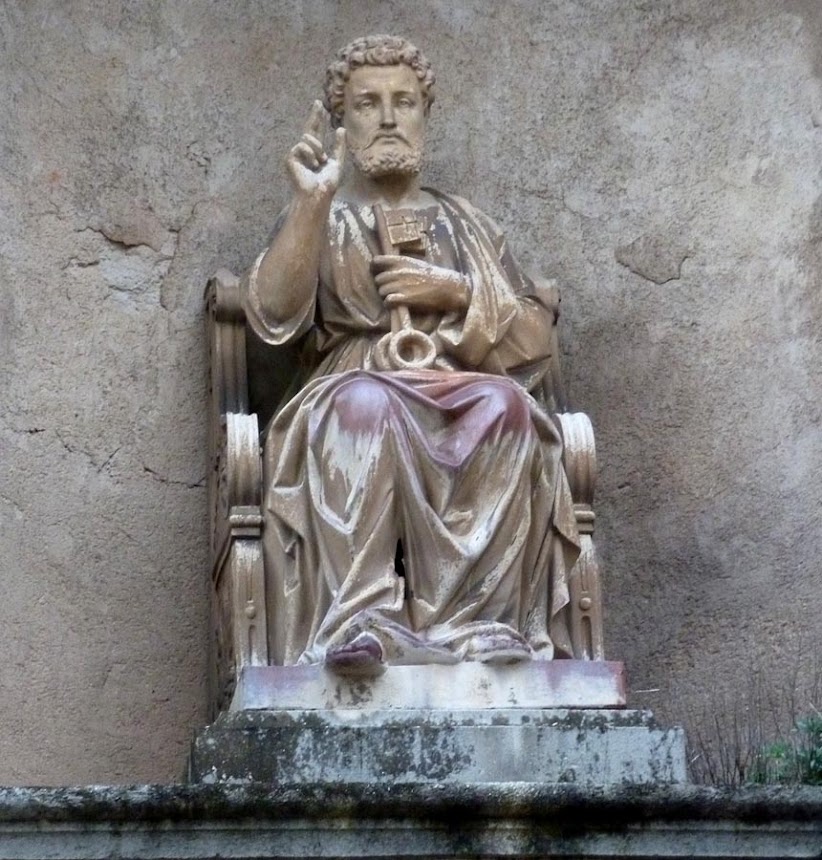 For a few minutes, the rain stopped and we took a walk in a park out at the end of the street in the fortified city. Callie enjoyed getting out of the car.
Posted by Ken Broadhurst at 07:30