Sometimes things just don't work out the way you want them to. We had an idea that we would have lunch in Pouilly-sur-Loire in a nice restaurant called Chez Mémère (Granny's Place) but they turned us away. We hadn't reserved, and even on a Tuesday in late October the place was all booked up.  We had to move on. 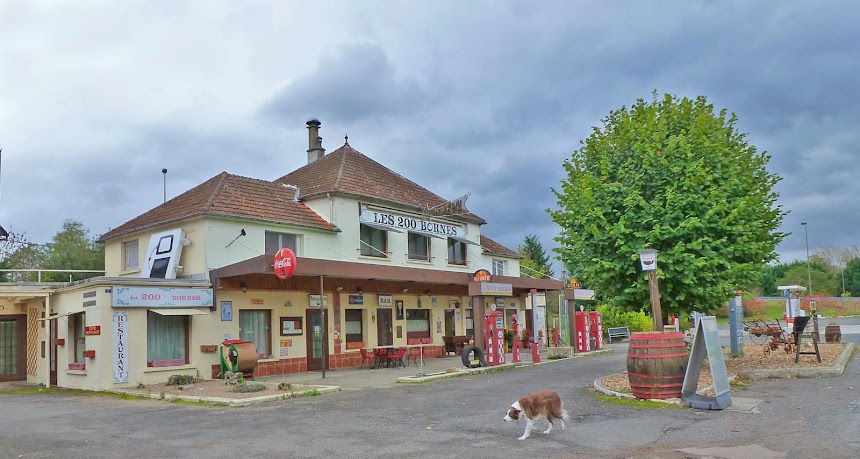 It was getting to be 12:30, and in rural France if you want to eat lunch you have to arrive at a restaurant that's open and not complet by about one o'clock at the latest. Between two o'clock and seven o'clock, everything is closed. Between Pouilly and our destination near Chablis, there are two or three small towns, but if we didn't manage to get something to eat in Pouilly we were going to have to fast until dinner. 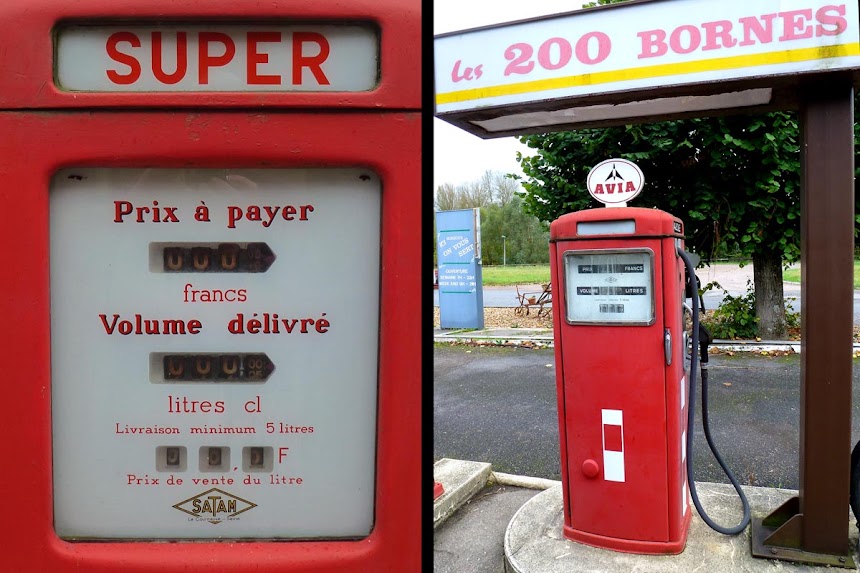 We ended up at a place called Les 200 Bornes. Nothing could have been tackier, and the food was acceptable but not more. The woman who ran the place — a roadhouse/truckstop on the Nationale 7 highway — was very pleasant and efficient. In fact, besides one other man, who was finishing his lunch when we arrived, we were her only customers. What a contrast with the reputedly gastronomique restaurant at the other end of the town. We passed several other restaurants as we drove through the centre-ville, but they were all shut up tight.