As villages go, and even though it is not fortified as such, Môlay (near Chablis in Burgundy) felt very much walled in. You can see from the Google Earth aerial view below that the village's borders are very clearly defined, with only a few buildings lying outside its "ring road" (la rue des Fossés). The population now is about 120, but in the second half of the 1800s, three times as many people lived in Môlay. 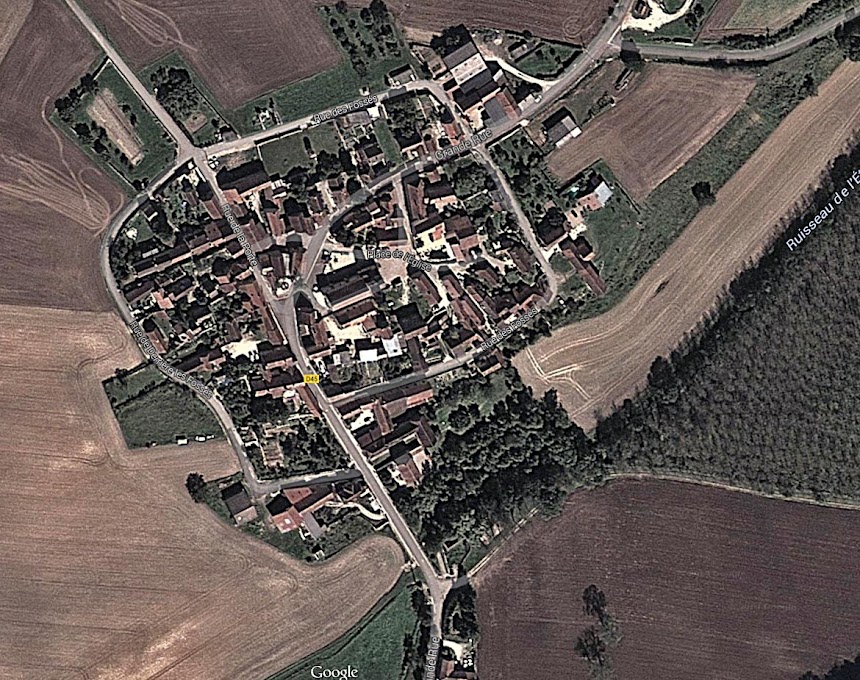 Below, a closeup of a dry stone wall — there's no mortar to hold the stones together, they are simply stacked.

Other examples of walls around the periphery of Môlay 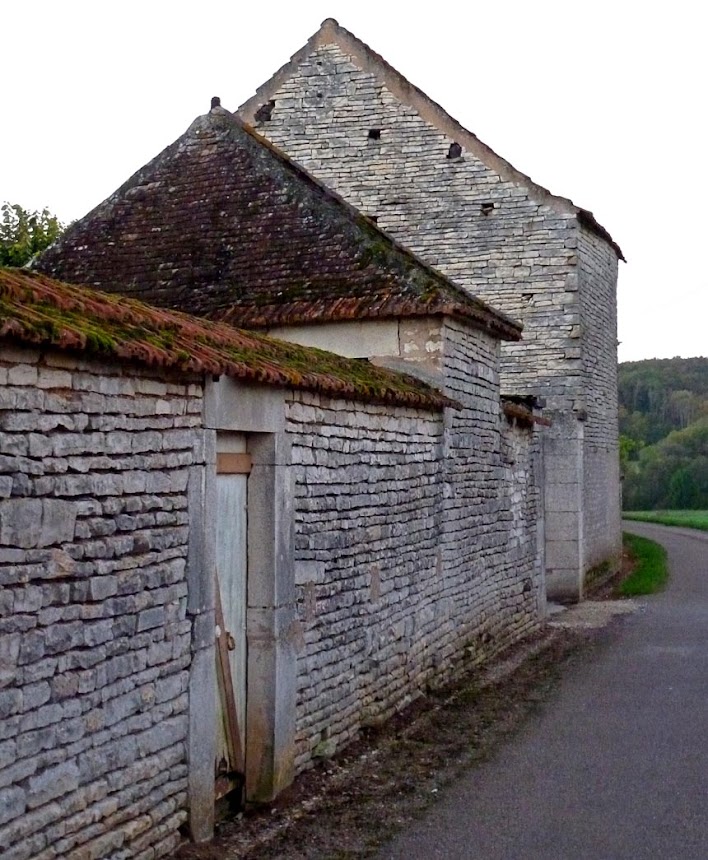 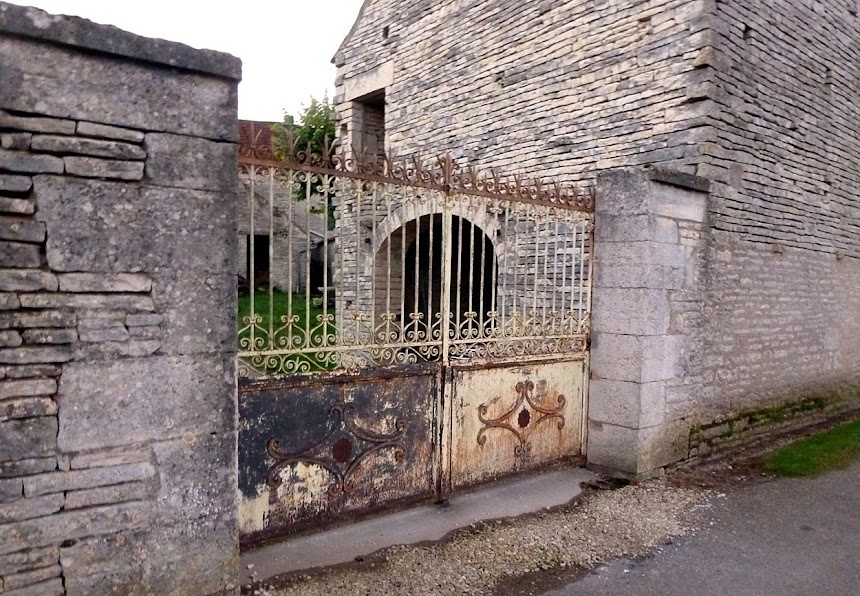 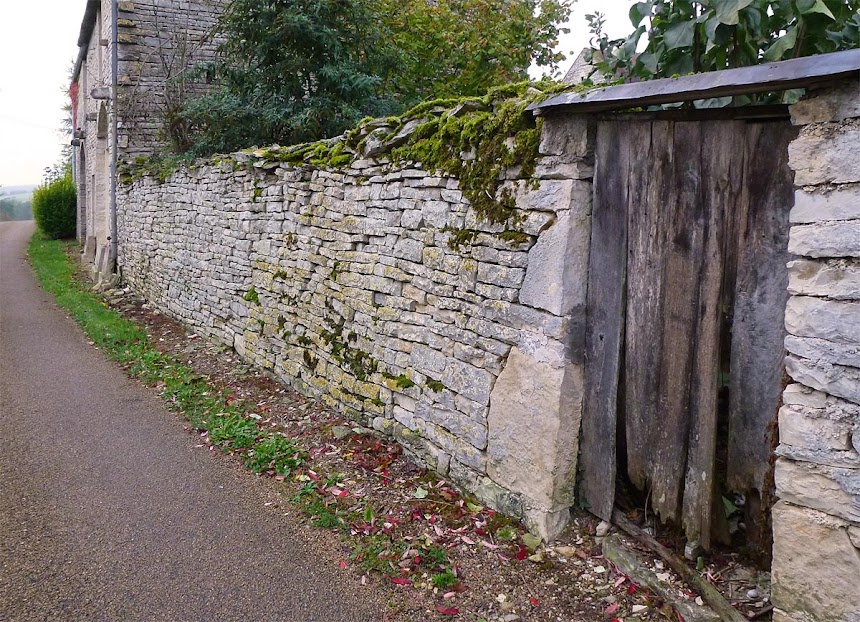 On the home front, we went to the market in Saint-Aignan yesterday and picked up our Christmas turkey along with some beefsteak for Walt's birthday lunch today.


At the poultry vendors' stall, I asked the woman in charge whether she thought I could keep the turkey in the fridge until Wednesday night, or would it be better to freeze it. In the refrigerator is fine, she said, but unwrap it completely and put it in the fridge « toute nue » — completely naked. I don't know if an American butcher would advise that strategy. The turkey cost 34 € for 3.5 kg. That's over $40 for a little less than 8 lbs.


At the butcher shop, we saw a nice looking rolled and tied beef roast that carried a sign saying « Façon Tournedos ». It was 24 € a kilo, and we decided to get some. The butcher wrapped it up, weighed it, and told us the charge would be 31 €. As we left the shop, I stopped and looked at the butcher's receipt and saw that the piece of beef weighed 750 grams — less than a kilogram. The price didn't make sense. Looking again, I saw that the butcher had charged us 42 €/kg instead of 24. Forty-two euros a kilogram is the equivalent of slightly more than $23/lb., and was nearly twice the advertised price!

I turned around and went straight back into the shop (which was a madhouse of people buying food and others placing orders for their Christmas foods). The butcher saw me walk back in and said to me: Est-ce j'ai fait une erreur ?  Oui, I told him — you got the price wrong. He apologized, said it was an honest mistake, and refunded us 14 €, bringing the price of the piece of beef roast down to 17 €. I wonder what I would have done if I didn't speak French as well as I do.
Posted by Ken Broadhurst at 08:20