It wasn't that the food was bad at Les 200 Bornes in Pouilly-sur-Loire. It just wasn't exciting. I think we had our hopes up about the other restaurant, which couldn't seat us because we hadn't reserved.


Les 200 Bornes is a French formula restaurant. There's one much like it over in Noyers-sur-Cher, not far from our house. And there's one in Sambin, between here and Blois, where we had lunch with Australian friends just a couple of weeks ago (because the restaurant we really wanted to go to was fermé exceptionnellement that particular day and we had to find someplace to have lunch). 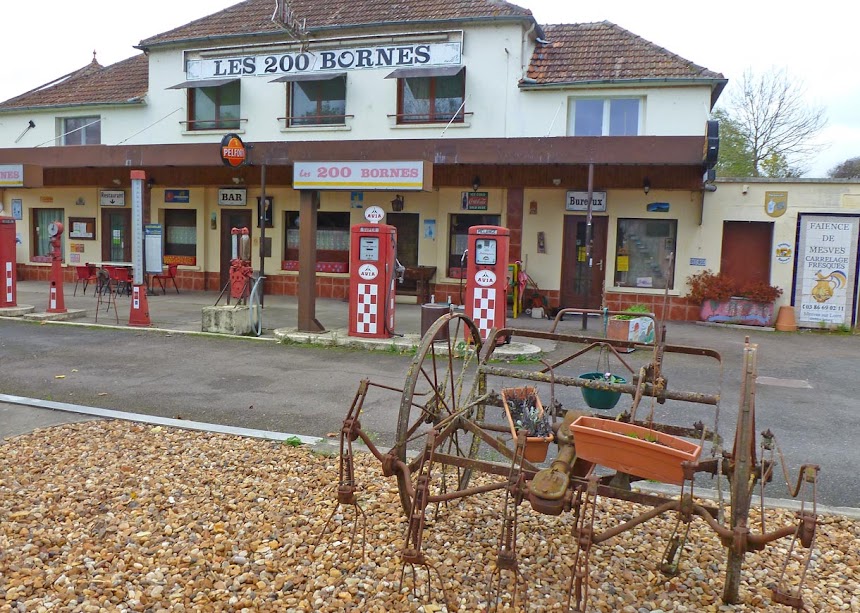 The formula in these places is a salad bar for the appetizer and then a choice of one of three main courses. We chose the curried chicken and rice at Les 200 Bornes. One of the other choices was andouillette grillée (a kind of chitterling sausage) and I've forgotten the third. Then there's a dessert bar, including standard items like mousse au chocolat, île flottante, tarte aux pommes, and a Paris-Brest pastry. 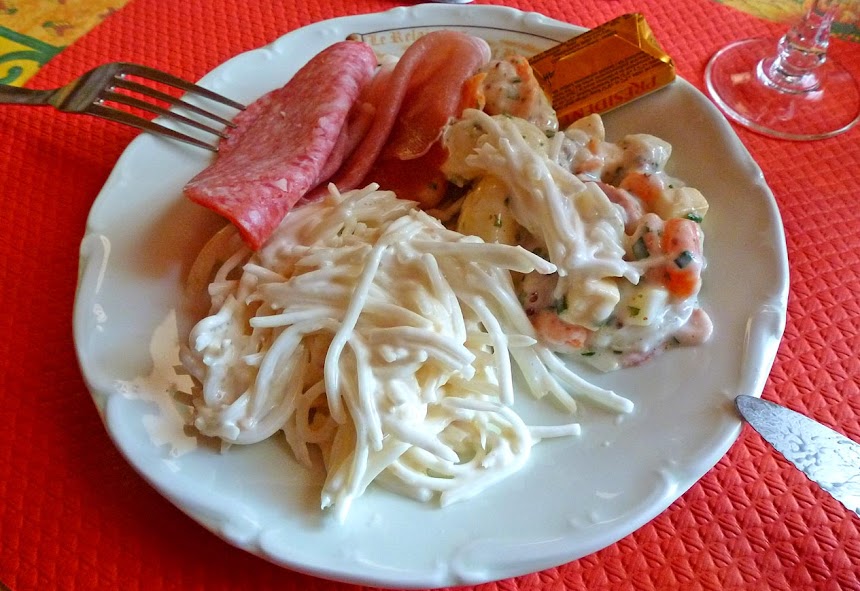 There's nothing wrong with such a menu, but it's not special either. The place is a truckstop — un relais routier — the kind of restaurant where all the little white vans driven by workers and contractors are parked at noontime, and where working people can get a decent meal for not much money. The food is standard French fare that I've been familiar with for 45 years now. It's better than a McDo burger. One sign that Les 200 Bornes might not be the best relais routier was the total absence of little white vans in the parking lot. 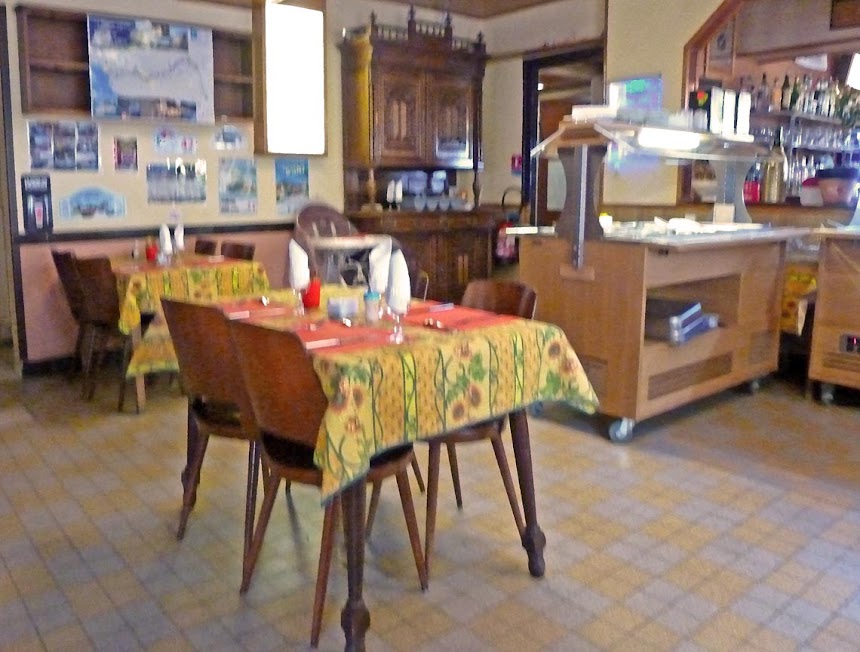 The one special thing about the truckstop in Pouilly was that it had a very nice wine selection — Pouilly and Sancerre whites (Sauvignon Blanc), plus some Sancerre reds (Pinot Noir). We were driving, and we had left Callie out in the car, so we couldn't spend a lot of time tasting and didn't want to over-indulge. We had a two-hour trip ahead of us, and the weather was wet and windy, so caution was the watchword. 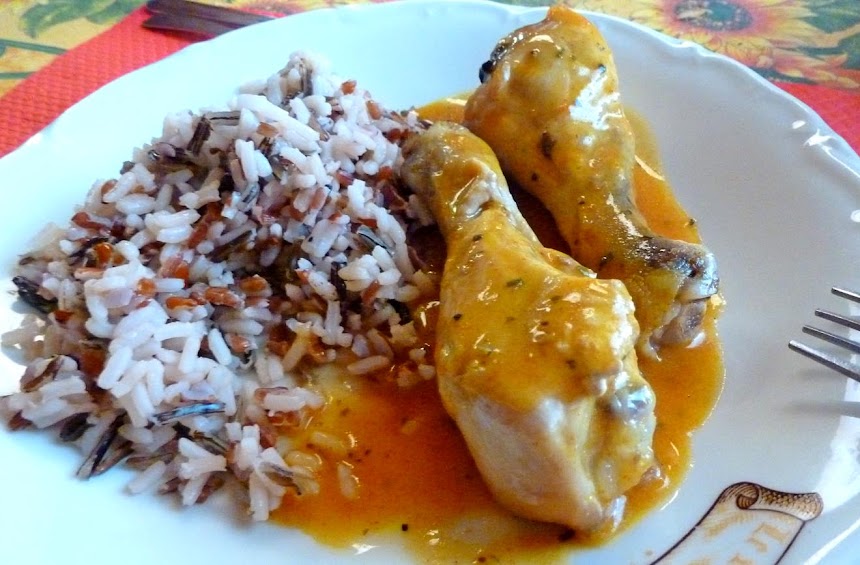 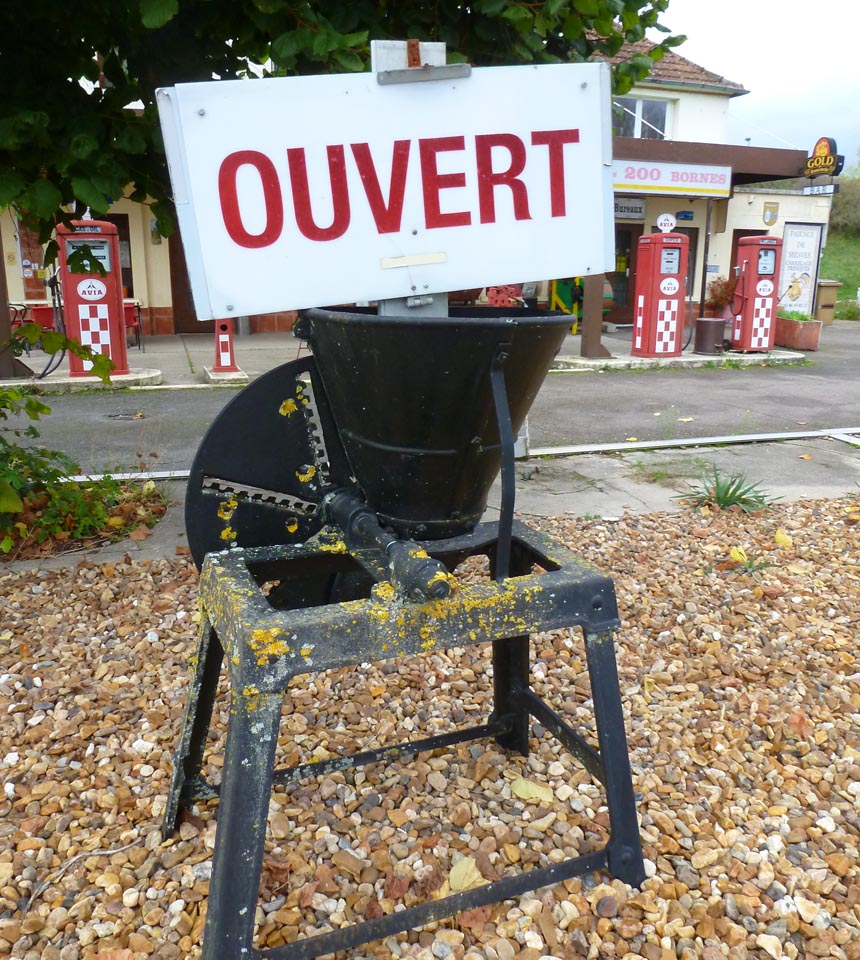 What does Les 200 Bornes mean? A borne is a milestone — une borne kilométrique — a distance marker along a highway that usually tells you how far you are from the nearest two towns. By extension, borne also means kilometer in everyday language, as in Pouilly-sur-Loire est à 200 bornes de Paris. There's a dice-and-cards game called Mille Bornes that has all to do with cars, flat tires, breakdowns, and that kind of stuff.

Why 200 bornes? It's because Pouilly-sur-Loire is 200 kilometers south of Paris on the old Route Nationale 7, which was the road heading south that people drove on to get to Provence and the Côte d'Azur way back when for their vacations. The route has been replaced by wider and faster autoroutes now, but the Nationale 7 still has the kind of cult status that the old Route 66 has in the western U.S.
Posted by Ken Broadhurst at 07:30